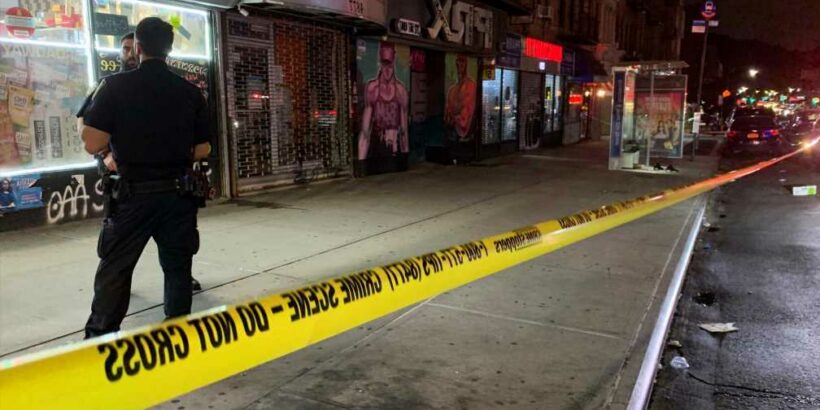 A 15-year-old boy is fighting for his life after he was shot multiple times by two attackers in Manhattan, on Saturday night.

The gunmen opened fire on the teenager on the sidewalk at 605 West 204th St. in Inwood just before 9 p.m., police said.

The victim was hit in the chest, left leg and left arm before the shooters ran off in an unknown direction, according to cops.

Police described the shooters as Hispanic teenagers or men, between 15 and 20 years old and wearing all black.

The victim, who was taken to St. Barnabas Hospital in the Bronx, remains in critical condition.

Police say the investigation is ongoing.