‘It’s madness’: Fury at Home Office’s £2.4m bill for ‘phantom’ flights to deport failed asylum seekers that are CANCELLED before taking off

The Government was accused of ‘madness’ today after running up a £2.4million bill for flights to deport failed asylum seekers that were cancelled.

The costs, caused by last-ditch appeals, were the highest for five years and sparked demands for an explanation as to why the system has still not been tightened up.

Problems arise when officials book seats only for legal challenges to be launched against deportation at the last minute – meaning they have to be abandoned.

There has been criticism that the Human Rights Act is being abused to drag out cases. 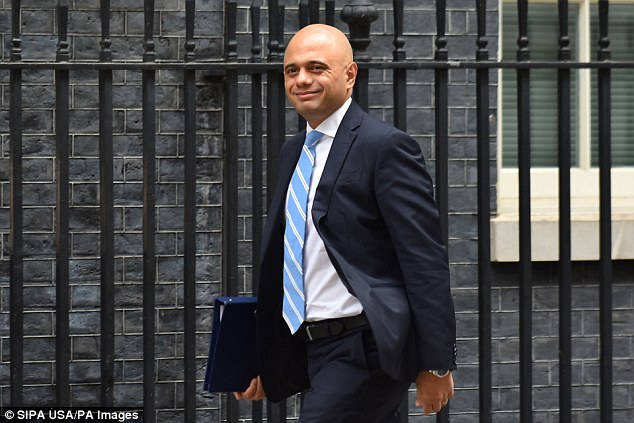 According to the latest Home Office accounts, the figure for the ‘phantom’ flights his £2.4million in 2017-18 – up from £2.1million the previous year.

Tory MP Peter Bone told MailOnline many of the asylum seekers who had lost their cases would end up being deported anyway.

He said it was ‘madness’ that a solution had not been found to the issue by now.

‘I don’t understand how they can have a contract with an airline that charges them like this,’ he said.

‘The Home Office is a big customer.

‘If they cancel they should not have to pay anything.’

The latest Home Office accounts said: ‘A fruitless payment of £2.45 million (2016-17: £2.1 million) was incurred by the Home Office as a result of the cancellation of scheduled flights intended to remove ineligible asylum seekers, which were subsequently cancelled due to asylum seekers being granted the right to appeal.’

John O’Connell, chief executive of the TaxPayers’ Alliance, said: ‘The Home Office, like all government departments, should be looking to cut out frivolous spending where they find it.

‘Taxpayers will want to know why the costs continue to be so stubbornly high and if better forward planning could reduce the need for so many cancellations.’

A Home Office spokeswoman said: ‘Removals of people here illegally are paid for by the Home Office and utilising scheduled flights is cost-effective and often the only way of doing this.

‘Last minute injunctions can result in removals being cancelled with no option for the Home Office to claim back the cost of the flight ticket. 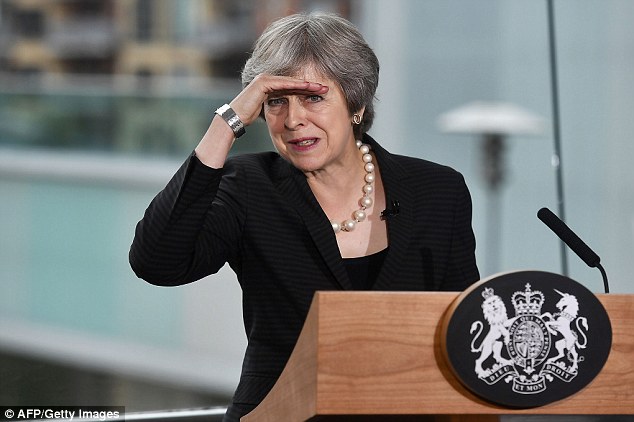 The cost of cancelled flights for asylum seekers was £1.9million in Theresa May’s last year in charge of the Home Office. The PM is pictured giving a speech in Belfast today

‘We would reiterate that any steps to challenge a person’s removal from the UK should be taken at the earliest possible opportunity, by the individual or their professional advisers, to prevent unnecessary public expense.’

The department also had a £2million bill to settle an unspecified legal case, and £800,000 in connection with a human rights case.

More than 3,000 smaller cases left legal bills of £27.7million were awarded against the Home Office.

Some £3million in compensation was paid for 118 cases of wrongful detention.

The department faced a bill of £1million for ‘other’ compensation, and £3million in ‘ex gratia’ payments.