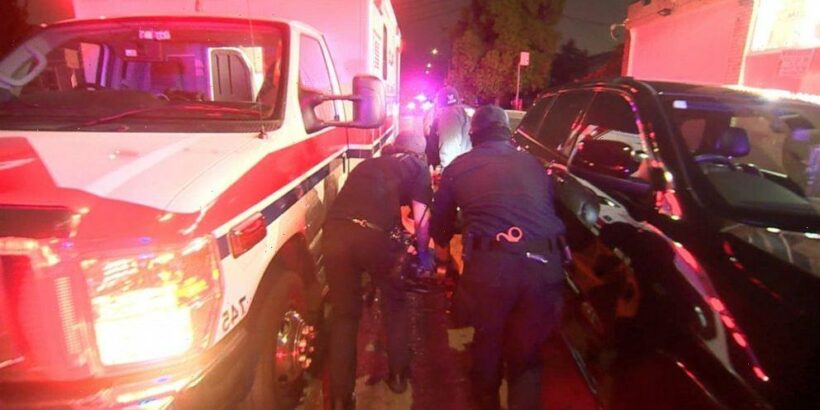 HOUSTON — Authorities in Houston searched Thursday for a suspect after two adults and a child were found shot to death at an apartment complex.

Houston Assistant Police Chief Patricia Cantu said another child, believed to be about 10 years old, was wounded in the late Wednesday shooting but was able to call her grandmother, who then called 911.

When authorities arrived, they found a man, a woman and a girl believed to be about 5 to 7 years old fatally shot, Cantu said. Police believe the woman was the mother of the two girls, but investigators were still determining the man’s relationship to them.

The wounded girl is in stable condition, police said.

Police do not yet have a suspect description but say the victims may have known the shooter because there were no signs of a break-in, Cantu said.