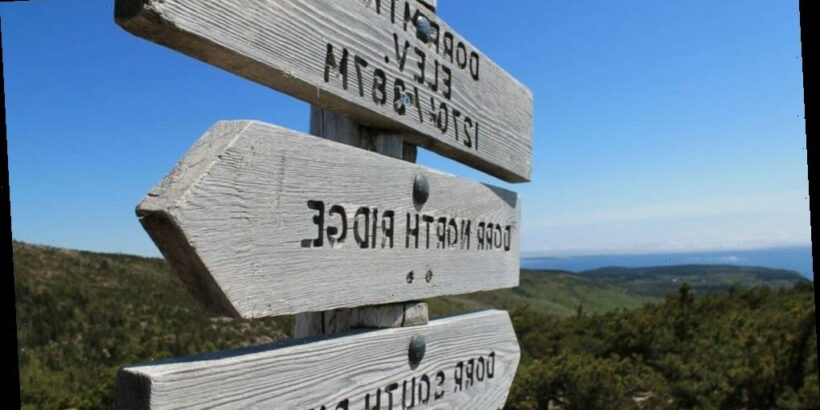 The bodies of two hikers who died in an apparent 100-foot fall from an icy mountain cliff in Maine’s Acadia National Park were located and recovered after an air and ground search was launched when they were reported missing by relatives.

The bodies were discovered on Saturday morning on Dorr Mountain in Acadia National Park near Bar Harbor by a volunteer search party, according to a statement from the National Park Service.

The hikers were described as a 28-year-old man and a 30-year-old woman, both from Rutland, Massachusetts. Their names were not immediately released.

The pair arrived in Bar Harbor on Tuesday and was last heard from around noon on Thursday when the female hiker called family members on her cell phone and said they were interested in going for a hike on Cadillac Mountain, which is near the Dorr Mountain, according to Jay Elhard, a spokesman with the National Park Service.

“The two hikers appear to have fallen about 100 feet along ice-covered cliff bands on Dorr Mountain,” Elhard said in the statement.

He said family members contacted National Park Service rangers on Friday afternoon to report the pair had not checked out of their hotel as scheduled or returned to their vehicle.

A U.S. Coast Guard helicopter rescue team from Cape Cod, Massachusetts, was dispatched to the park and combed the area on the north and east sides of both Dorr and Cadillac mountains Friday night and into Saturday using thermal imaging technology but was unsuccessful.

A 15-member volunteer team from the Mount Desert Island Search and Rescue initiated a ground search on Saturday morning and located the bodies.

The incident came just days after a 26-year-old hiker had to be rescued after slipping and falling from a steep and icy section of the park’s Precipice Trail. The hiker, who was visiting Acadia for the first time, was rescued on March 3 by an Army National Guard helicopter crew after his tumble left him with minor injuries and clinging to a tree to avoid sliding down the face of a cliff, parks officials said.

“All trails in Acadia are incredibly icy at this time due to recent rains followed by days of cold weather,” Elhard said. “Hikers should be prepared for cold and icy conditions with extra layers of clothing and traction control devices.”