200 mass graves containing the remains of 12,000 ISIS victims are discovered in Iraq – with women, children and the disabled among the dead

More than 200 mass graves containing 12,000 bodies, including women, children and the disabled, have been found in Iraq since Islamic State’s brutal three-year reign.

UN investigators verified 202 graves fill northern Iraq as a ‘legacy of Isil’s terror’, according to a joint report by the UN mission to Iraq and UN office for human rights.

The scale of the killings could lead the UN to finding ISIS responsible for genocide.

The graves date from 2014 to 2017 when ISIS ruled some of Iraq’s largest cities and towns. 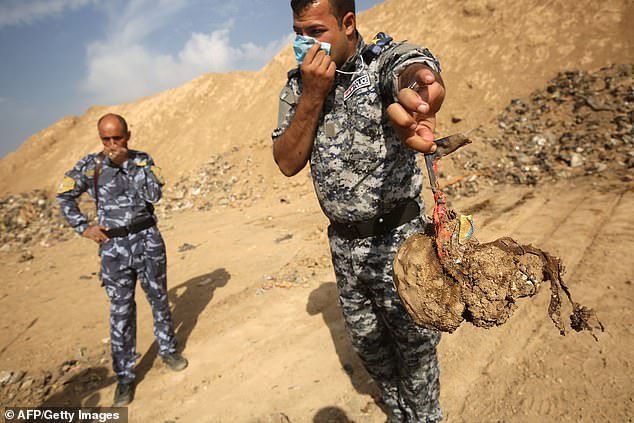 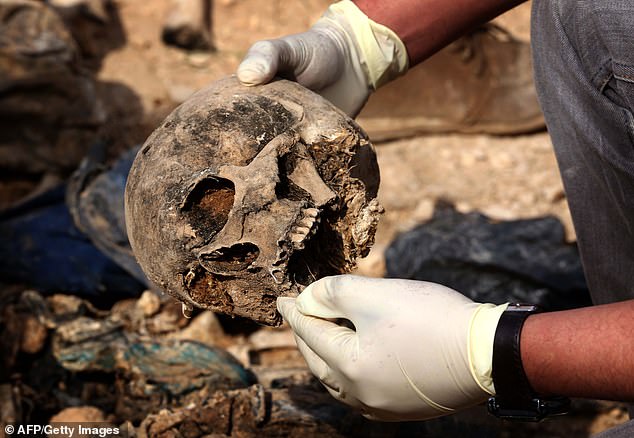 A Yazidi man examines a skull as he tries to discover what might have happened to missing relatives, after Kurdish forces discovered a mass grave near the Iraqi village of Sinuni, in February 2015 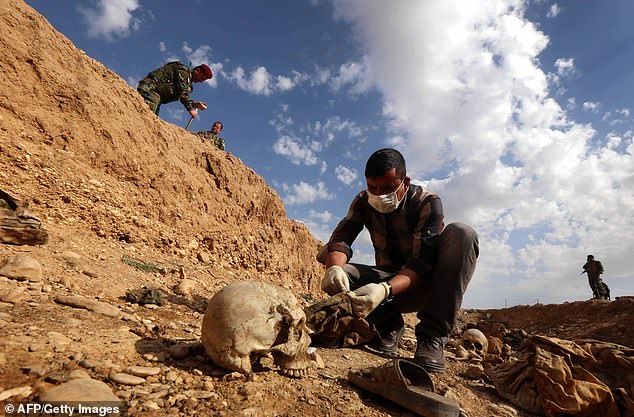 Investigators inspect the mass Yazidi grave, one of 202 mass graves dotted throughout the war-torn country

As the militants swept through Iraq and neighboring Syria, they killed and captured members of the security forces en masse, expelled or killed minorities, and enslaved women and girls from the Yazidi sect.

The UN estimated more than 5,000 were rounded up and slaughtered, while another 5,000 were taken as sex slaves.

Several graves found in Iraq’s Salahuddin province contain the remains of victims of the 2014 Camp Speicher massacre, when the militants killed around 1,700 Iraqi security forces and army cadets.

Armed jihadis captured the young, mostly Shiite recruits from Speicher military base, near the northern city of Tikrit and were lined up and executed. 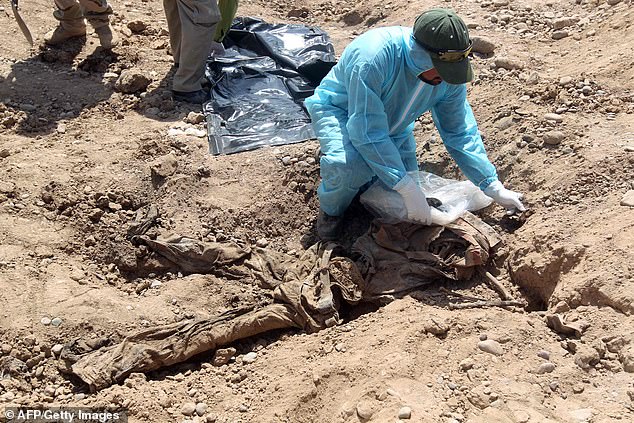 A member of the Iraqi security forces wears protective clothing as he inspects the remains of victims of the Speicher massacre in April 2015, where 1,700, mostly young recruits, were lined up and executed 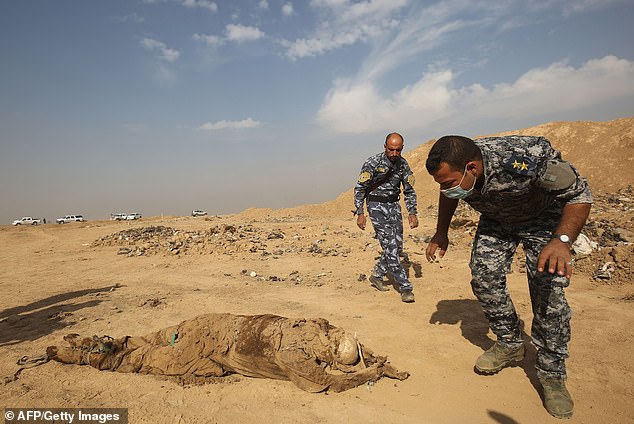 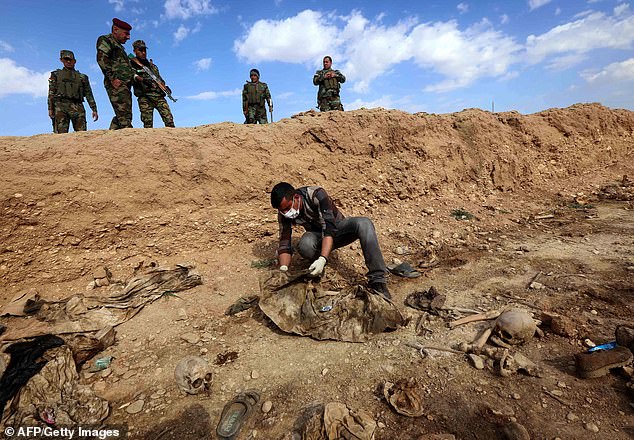 They were buried hastily and some of them were simply thrown into the Tigris river.

In other locations the militants dropped their victims or the corpses of their victims in wells or sinkholes instead of digging graves.

Investigators said there could be thousands of bodies in the Khasfa sinkhole south of Mosul, the largest city once under IS control.

Iraqi authorities have exhumed the remains of 1,258 victims from 28 graves, according to the UN. 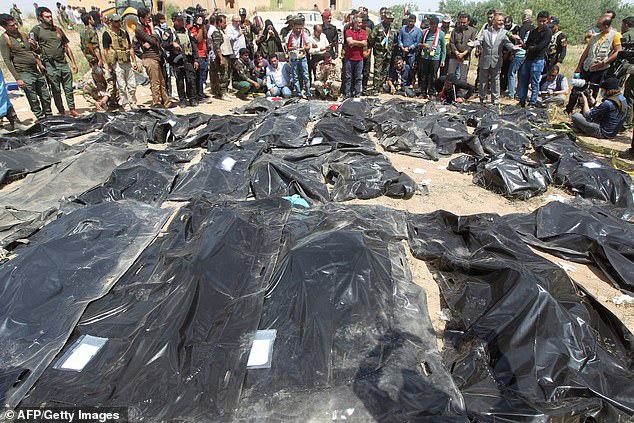 Mourners gather around body bags packed with remains of victims of the Speicher camp massacre, in April 2015 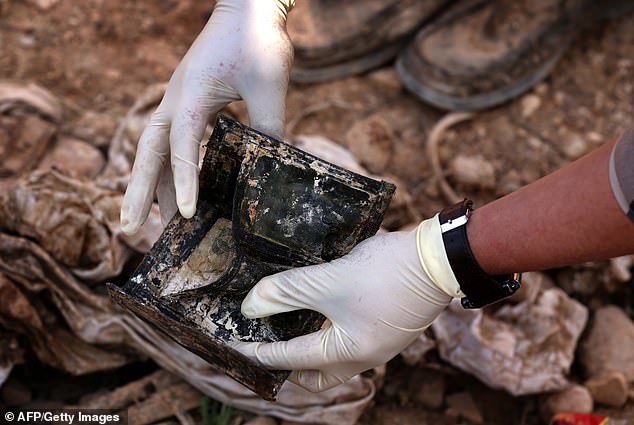 A Yazidi man searches through a wallet for clues of his loved ones in the northwestern Sinjar area of Iraq, in February 2015

It urged authorities to identify the remains of all gravesite victims and seek justice for families.

It said bodies should be preserved and returned to families.

Iraq’s Mass Graves Directorate and Martyrs’ Commission could not be reached for immediate comment.

Iraq declared victory over IS in December last year, but the militants still control pockets of territory just across the border in Syria, and continue to claim responsibility for abductions and bomb blasts around the country.