More than 2,500 Uber drivers are investigated for suspected offences including sex assaults, stalking and dangerous driving

More than 2,500 Uber drivers have been investigated for suspected offences including sex assaults, stalking and dangerous driving.

The taxi company’s licence was revoked in London in September after police accused Uber of failing to report six alleged sex attacks and three other crimes by drivers.

But the latest memo, sent by Uber to regulators, revealed there were many more unreported cases.

It said 1,148 London-licensed Uber drivers were accused of ‘category A’ offences such as sexual incidents, stalking and dangerous driving. 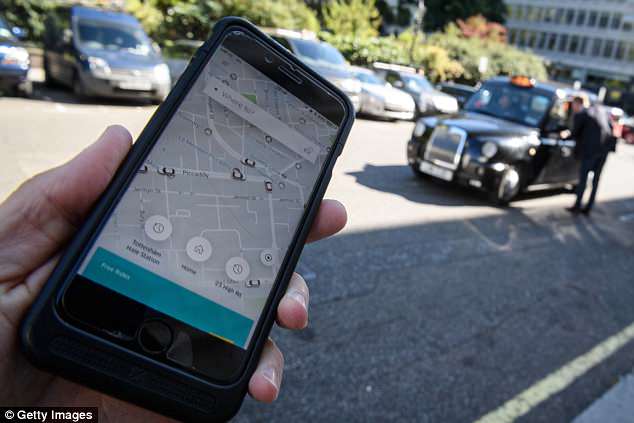 More than 2,500 Uber drivers have been investigated for suspected offences including sex assaults, stalking and dangerous driving, it has been revealed. File image used

More than 1,400 drivers were the subject of repeated complaints for lower-level misbehaviour, such as discriminatory comments and ‘inappropriate interpersonal conduct’ toward passengers.

In the letter to the regulator, Transport for London, an Uber executive said the company had banned 451 capital-licensed drivers as a result of the review.

It reported 58 previously undisclosed criminal complaints from passengers to police.

The review uncovered more than 120 other alleged crimes against passengers by drivers in London although some had already been reported to police by the alleged victim, by the company or by TfL.

The figures do not cover the half of Uber’s workforce outside London.

The Licensed Taxi Drivers’ Association, which represents black cab drivers, said the memo opened up the possibility that Uber had not reported hundreds of crimes.

The documents also revealed that 800 would-be drivers were given medicals and eye tests over the internet, using Skype, rather than in person. 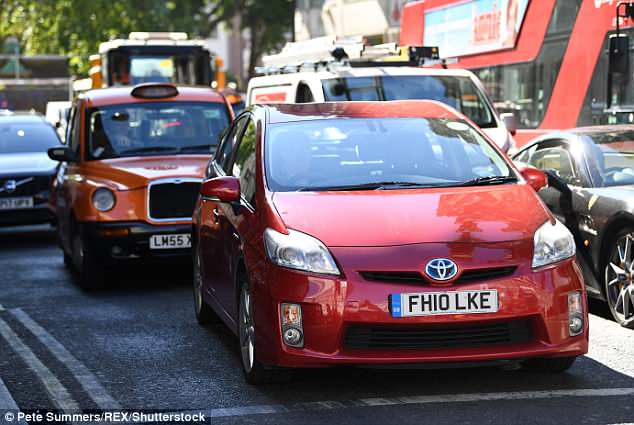 Over 1,400 drivers were the subject of repeated complaints for lower-level misbehaviour, such as discriminatory comments and ‘inappropriate interpersonal conduct’ toward passengers

The letter, which is dated May 25 and labelled strictly confidential, was from Tom Elvidge, Uber’s UK general manager, to Helen Chapman, TfL’s general manager of taxi and private hire.

Mr Elvidge said Uber was considering whether to report some of the other criminal complaints but that at least 14 ‘typically minor common assault cases’ were ‘too historic to report’.

Although the review was national the number of investigations outside London is not stated.

‘Uber ignored or covered up misconduct and potential criminality on a far wider scale than we ever suspected,’ Steve McNamara, general secretary of the LTDA, told the Sunday Times. ‘The original police protest was about nine crimes.

‘Now we discover that Uber knew about, but failed to report, dozens, even hundreds of crimes.’

The memo will feature in Uber’s court appeal against its ban from London, a process that starts tomorrow. 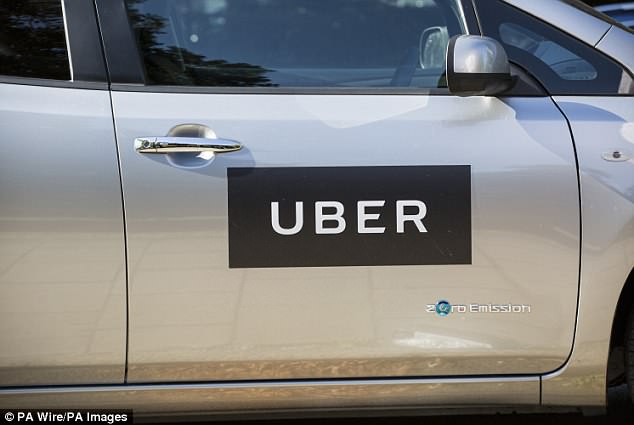 The taxi company’s licence was revoked in London in September after police accused Uber of failing to report six alleged sex attacks and three other crimes by drivers. File image used

The mobile app-based service will continue to operate in the capital until the appeal ends. The company is also fighting bans in Brighton, York and Reading.

Miss Chapman said Uber had ‘engaged in a more positive way’ since it lost its licence but added that the regulator was worried ‘whether trust and confidence can be placed in the commitments made’.

She attacked Uber for cutting corners, saying drivers were sent a sight test card along with a 5ft length of string to show them how far to place it from their eyes.

They were supposed to read the letters into a video camera but there was nothing to stop them looking at the card before the test.

Uber has promised to make a number of changes ahead of its appeal including hour limits for drivers, 24/7 telephone support for passengers and drivers and the reporting of serious incidents to the Met Police.

The appeal, starting tomorrow at Westminster Magistrates’ Court, will decide whether Uber is fit and proper to hold an operator’s licence. Uber declined to comment last night.