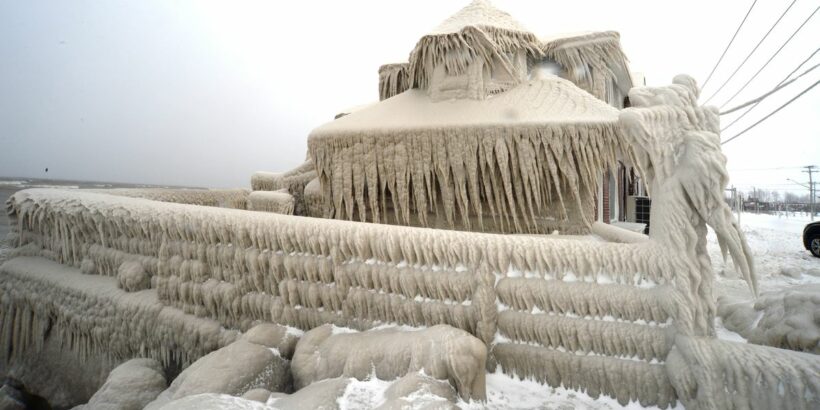 Three people in Buffalo are confirmed dead after the city was pounded with a ginormous blizzard that dumped more than 22 inches of snow over the New York State city.

The blizzard, which battered the city on Friday, December 23, buried Buffalo in snow and obliterated its daily snowfall record of 12.6 inches set in 1976 and stranded "likely hundreds" of people in their cars.

Two people died early Saturday morning from "emergency medical events" after first responders could not get to them in time, reported The New York Post.

A third person has also died due to the storm, although the circumstance remains unknown.

Erie County Executive Mark Poloncarz said the storm may be "the worst storm" in Buffalo's history, adding: “There are still likely hundreds of people stuck in vehicles.”

Governor of New York Kathy Hochul called in the National Guard to help after first responders became overwhelmed with the task of trying to rescue people trapped in their cars.

The New York Post reports that one family, rescued by a meteorologist and storm chaser, were stranded for seven house just a block away from shelter.

The meteorologist described the blizzard as the "worst blizzard" he has "ever covered”.

The snow storm continued to dumped 30.4 inches of snow on Buffalo's airport on Christmas eve, and winds of up to 60 mphs are not expected to die down until Monday morning (December 26).

Across the US, states are battling freak weather as a "bomb cyclone", a sudden drop in atmospheric pressure, sweeps across America.

States as far south as Florida have been plunged into freezing temperatures and more than 150 million Americans are preparing for a frosty holiday, reports The Mirror.