The most expensive painting ever sold at auction, which has baffled the art world by disappearing from view after its record-breaking purchase two years ago, is hanging in the £400m superyacht of the ruler of Saudi Arabia, it has been reported.

Salvator Mundi, a depiction of Christ as saviour of the world, was painted in the early 1500s in the workshop of Renaissance master Leonardo da Vinci – although whether it is truly all Leonardo’s work is itself a hotly contested topic.

The work broke all previous records at Christie’s in New York in November 2017 when it was purchased by Badr bin Abdullah bin Mohammed bin Farhan Al Saud for $450,300,000 including fees.

Many at the time believed the Prince was acting on behalf of an even more senior member of the royal family: Mohammed Bin Salman, Crown Prince of Saudi Arabia, de facto ruler of the kingdom and arguably the most powerful man in the Middle East.

And it is to Bin Salman’s yacht, the enormous Serene – which has a crew of 50, a helipad, and a submarine hanger – that the painting has now been tracked down, according to an art expert writing in ArtNet News. 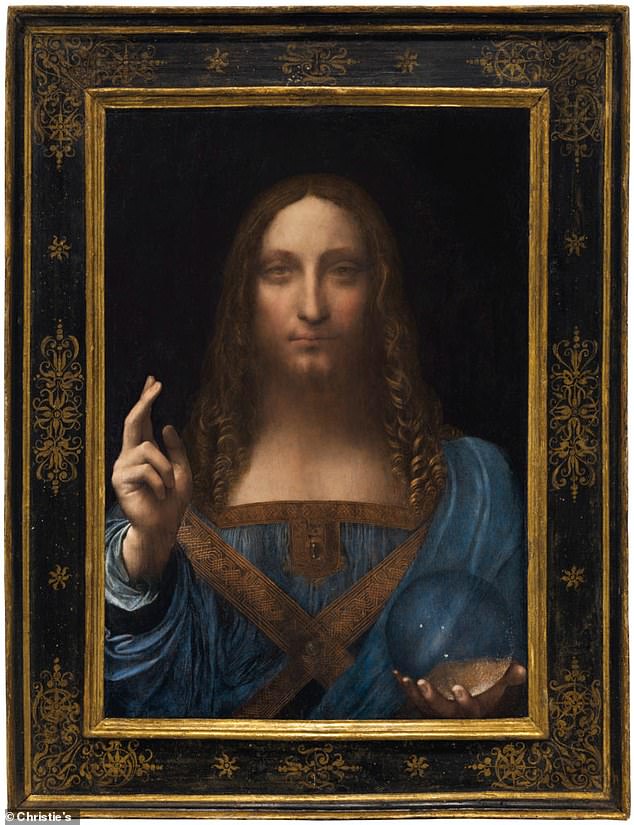 Salvator Mundi, attributed variously to Leonardo da Vinci or to his studio, shows Christ his hand raised to perform the sign of the Cross, holding a celestial orb representing the heavens in his left hand

The specialist publication reported that multiple sources, ‘including two principals involved in the transaction’, said the work had been ‘whisked away in the middle of the night on MBS’s plane and relocated to his yacht’.

It is the latest chapter in a turbulent history for the painting.

Sixty years ago it swapped hands for £45 as an undistinguished work in a job lot of Old Masters which had been collected by an English baronet.

In 2005, New York art dealers Alexander Parrish and Robert Simon bought it for $10,000 at a Louisiana estate sale.

Mr Parrish and a consortium he assembled then paid for it to be restored, with the work carried out by a leading figure in the art world, Dianne Dwyer Modestini, from New York University’s Conservation Center of the Institute of Fine Arts.

The painting has undergone extensive restoration in recent years, with its authorship repeatedly assessed and questioned until it was authenticated as a Leonardo in 2008 by a panel of art experts and sold for its record-breaking price tag in 2017. 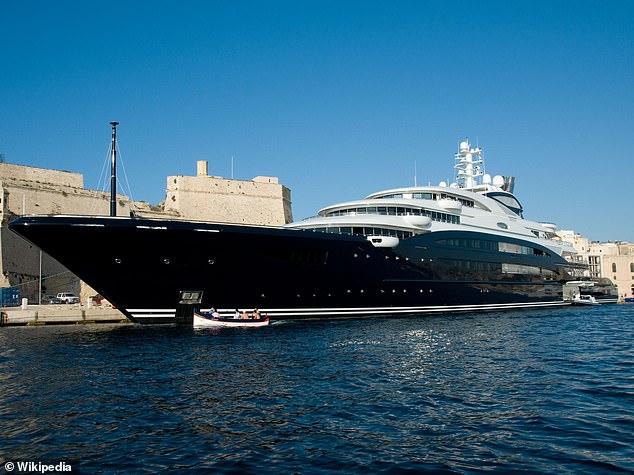 The superyacht Serene is one of the most luxurious ships in the world. It has two helipads and a hangar for a submarine

But even now questions remain as to the painting’s provenance.

Few of the doubters think Salvator Mundi is a modern fake. The original picture was almost certainly painted in Leonardo’s lifetime (1452-1519).

We know that the pigments of the oil paints are the same as those used by Leonardo. And it was painted on a walnut wood panel — a surface he favoured.

But those doubters think it may be a ‘workshop Leonardo’: that is to say, it was painted in his studio but by one of his assistants.

At best, the master may have added the odd detail, they say, but it certainly isn’t an ‘autograph’ painting — all Leonardo’s own work — and therefore the mammoth price tag isn’t justified.

Most damning may be a recent article which quoted the Metropolitan Museum of Art’s Carmen Bambach saying she was wrongly referenced in Christie’s catalogue as attributing the painting to the artist alone.

In fact Bambach stated that the work was mostly painted by ‘Leonardo’s assistant, Giovanni Antonio Boltraffio.’

And a French expert, Jacques Franck, alleges that Louvre staff ‘know that the Salvator Mundi isn’t a Leonardo’. 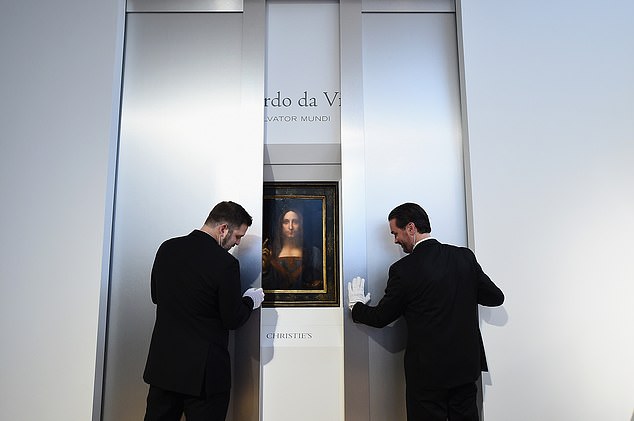 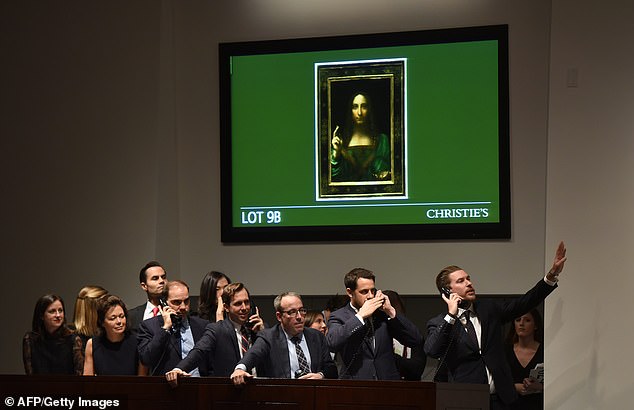 A Saudi prince bidding by phone bought the picture for $450m including fees, but it is believed he was acting on behalf of the Crown Prince

Whether painted by Leonardo, or created by his studio, the painting was destined to hang in the new ‘branch’ of the Louvre in Abu Dhabi, as a gift of the Crown Prince to Prince Mohammed bin Zayed of Abu Dhabi.

It had also been pledged to hang in the Louvre in Paris later this year, as part of their grand exhibit planned for this autumn, which will borrow from the collections of museums and galleries around the world to bring Leonardo’s works together to mark 500 years since his death in France.

But the art world was stunned when the unveiling in Abu Dhabi and the promise to Paris were both cancelled with no notice or explanation. The artwork seemingly vanished.

Now the revelation the painting – which shows Christ, right hand raised to make the sign of the cross, left hand holding a reflective glass sphere representing the heavens – is on MBS’s yacht at least answers one mystery. 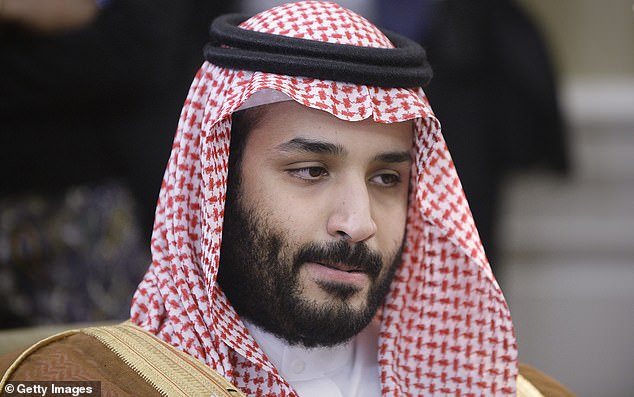 We may not know who painted it but we now know where it is: the Serene.

Mohammed bin Salman is understood to have bought the £400m boat on a whim from its previous owner, a Russian billionaire.

He  was said to be on holiday in the south of France when the 134-metre Serene took his fancy, and he bought it there and then making former owner Yuri Shefler move out the same day.

The monster yacht was once among the world’s three biggest, according to Forbes, behind Chelsea FC owner Roman Obramovitch’s 162.5m Eclipse and iron and steel tycoon Viktor Rashikov’s 140-metre Ocean Victory.

Two years ago, the Serene was hired by Bill Gates and his family, who reportedly paid $5million a week to stay on board. 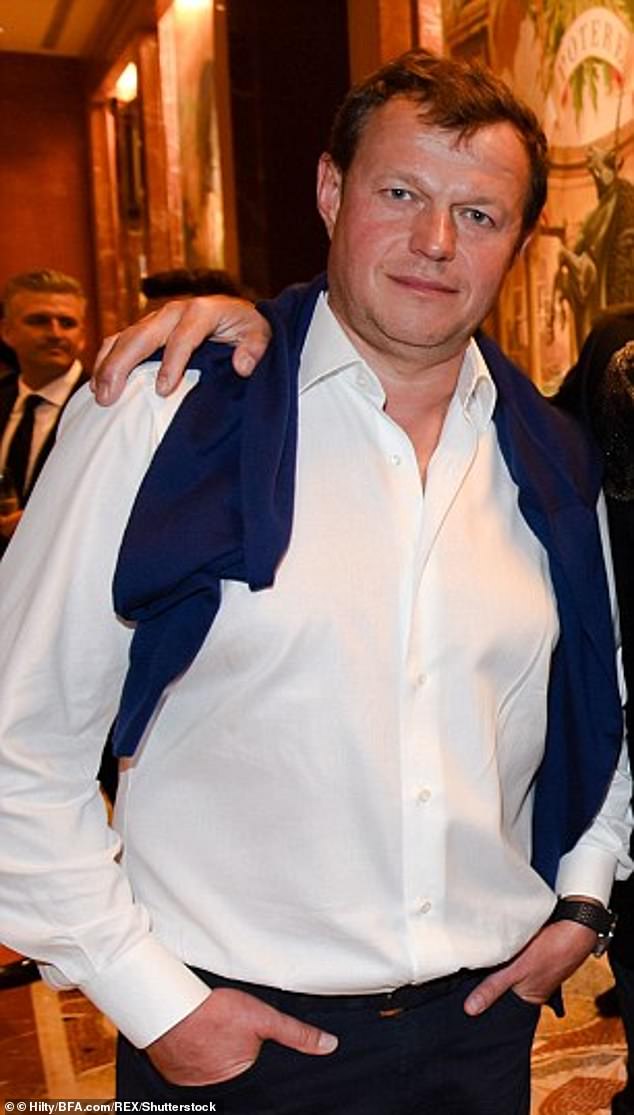 Bin Salman is said to have bought the Serene on the spot from former owner, Stolichnaya vodka billionaire Yuri Shefler, pictured, who had to move out the same day

Paul Ashton, editor of Super Yacht World, said: ‘The interior is a closely guarded secret, as is often the case with the very private yachts at the top end.

‘But it is the work of Reymond Langton, who are one of the most exclusive design teams in the world, so it will be breathtaking. Only a few people will know the true cost of the yacht.

‘When you get to this size, the volumes are incredible – a 130-metre yacht is not just twice the price of a 65-metre, it’s could easily be seven or eight times as much in cost terms, and probably very much more.

‘A yacht like this is not really like anything else – a company or a football club and even property is there to make money – a big yacht will only cost money.’

A spokesman for Yacht Charter Fleet said: ‘The spectacular Serene is one of the largest, most luxurious and best-equipped superyachts on the water let alone the charter market.’

It was custom built in 2011 by Fincantieri with design by Espen Oeino and the yacht’s interior designed by Reymond Langton Design.

Although the exact details of the Serene’s purchase have not been revealed, it has been previously reported by Forbes that the yacht had been sold to the Saudi royal family by Yuri Shefler, a billionaire who made his money through the Stolichnaya vodka brand.