Rapper 50 Cent may have pumped up the volume in Astoria where hundreds of unmasked revelers partying in the street led to a crackdown.

Brik Astoria restaurant — one of the “worst offenders” according to the state — posted a photo on July 2 of the “In Da Club” rapper and actor outside the restaurant. The caption read “even @50cent knows Brik is The Number 1 Spot To Be At in Queens!”

Then Brik hosted a boozy brunch for Fiddy’s cognac company, Branson, on July 12 with seven DJs slated to mix tunes.

The next day, the rapper posted a promotional video for Branson to his 26 million Instagram followers showing scenes from the party with gyrating dancers and drinks in plastic to-go cups.

“Branson is a life style, we stay lit,” he wrote.

Just days later, the restaurants and the street outside it were jammed with non-distancing partiers, outraging locals and authorities. The State Liquor Authority suspended Brik’s license on Monday saying that from July 16-18 “patrons and staff were observed at the establishment without face masks, congregating contrary to social distancing guidelines, and patrons (were) consuming alcoholic beverages without being seated at tables.”

The city on July 18 also revoked its permit for outdoor dining for a week.

Brik posted a note on Instagram saying “we guarantee you, we DO NOT promote that type of behavior or social gathering crowds in violation of NYC rules & regulations.”

Owner John Zorbas told The Post that he did not know if the brunch and the 50 Cent connection were to blame for drawing the hordes.

“What did that video show? It showed people drinking and people dancing,” he said. “That’s a bar or a club, you know. Whatever.” 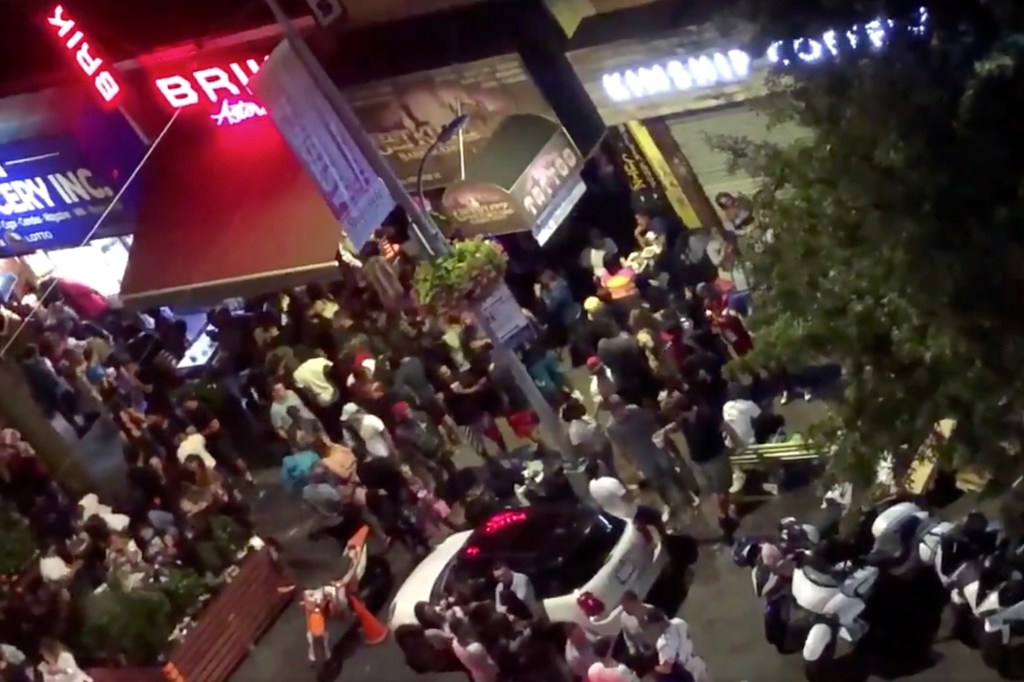 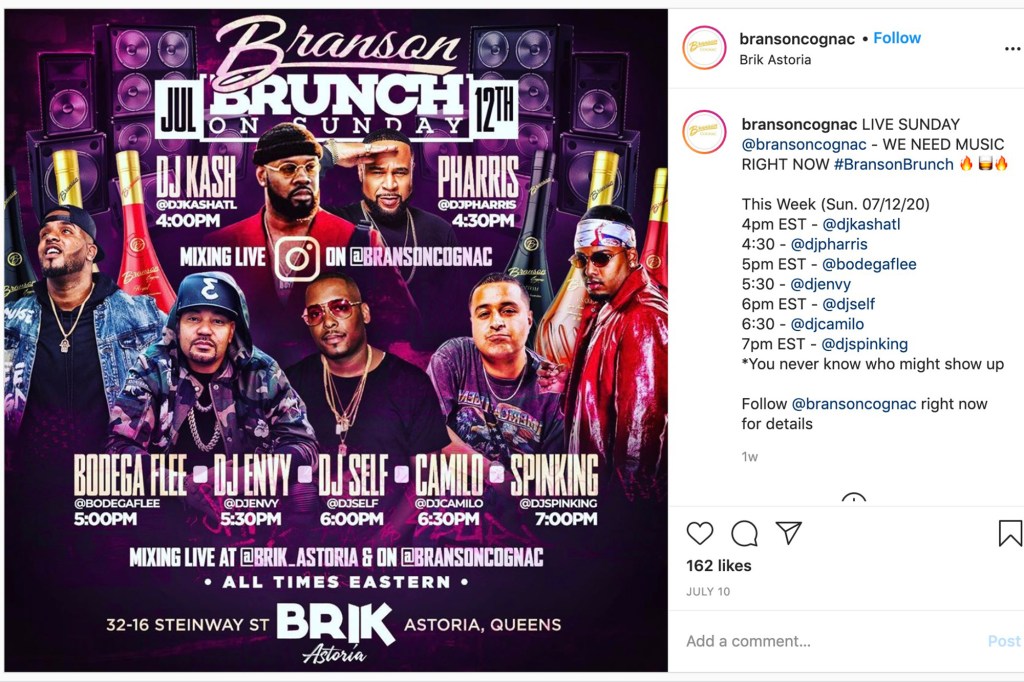