The towels are laundered, the energy drinks are stocked and Linda Gordon, a women’s change room attendant at the Australian Open, is ready to take care of hundreds of tennis players for the 29th summer in a row.

When the crowds enter the gates of Melbourne Park on Monday, an “invisible” army of long-serving summer staff at the Open will join the year-round workforce, which climbs to 12,000 people when the tournament starts. 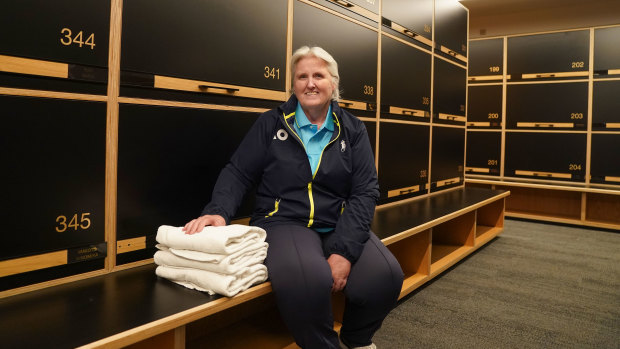 Linda Gordon has worked in the women’s change room at the Australian Open for 29 years.Credit:Scott Barbour

A life-long sports fan, and a keen cricketer and tennis player in her younger years, Linda put her hand up to help out in the change rooms in 1994. Although she works full-time in education, she’s never stopped turning up each summer.

“It’s very mundane — towels, drinks, all the requirements the players need,” she says. “But it’s those little mundane jobs you do in life that can make the big difference.” 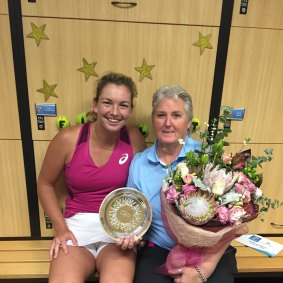 Linda sees it as her job to make the space as comfortable as possible for players in the intense periods pre and post-match, and has bonded with many players over the years like Chinese star Li Na and America’s Coco Vandeweghe.

“The legends — I was with them when some of them were juniors,” she said. “But everyone is treated the same, and we treat them all the same, it doesn’t matter what the rank is”.

“The locker room is the equivalent to our bedroom at home — it’s a sacred spot for the players to be themselves,” she says.

“They know that the staff that we have are there to help them. It is a very confidential time and moments in the change rooms. A private space.”

The mass tournament has become more professionalised over the decades, according to long-time Australia Open driver and retired teacher Neale Baker, 63, who started driving Open players between the airport, hotels and the courts 42 years ago as a part-time uni job in the summer of 1982.

“When we first started there was about 20 drivers and you worked out of a caravan,” he laughs.

“We had hire cars — someone had a mate that owned a car yard, and they got the cars from them. There was no uniform, no security guard. Basically, there was a pile of keys in the caravan like some kind of 1970s swingers dinner party.”

In those days tennis stars didn’t travel with coaches, physios and media personnel or their families. 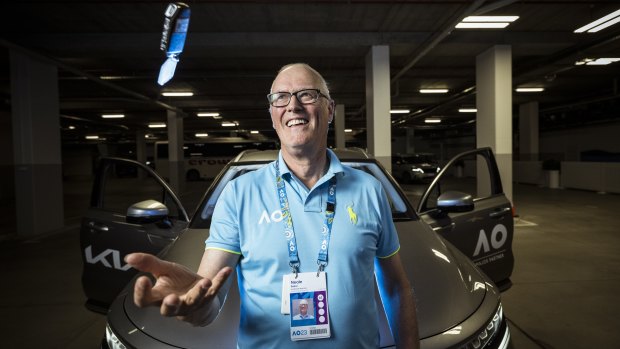 “We never had babies coming 40 years ago, but now we have babies and husbands and wives to pick up,” he said.

Neale now oversees a team of 320 drivers, but he still rolls up his sleeves for high-profile picks-up, including picking up Novak Djokovic from his personal plane when he arrived in Melbourne three weeks ago.

“People always want the gossip about the players, but we don’t have much,” he says, although he does remember a particularly memorable night in the ’90s chaperoning Monica Seles and her entourage nightclubbing in Melbourne after a tournament win.

“We toured around these nightclubs — going in through the kitchen, the whole high-profile treatment,” he laughs.

“It’s still exciting to be involved but as I’ve lost as much contact with the players it’s the people I work with that I keep coming back for.”

That’s also the case for 77-year-old retired teacher John Glasson who will be overseeing the practice courts for the Open in his 50th summer working the tournament.

As long as his health allows, John plans to work the January stint each year to help diplomatically co-ordinate all the requests from players and their teams for practice courts at Melbourne Park, Albert Park reserve and Scotch College in Hawthorn.

His first year, 1972, was the first year the tournament was held on the grass courts of Kooyong and was sponsored by cigarette brand Marlboro. 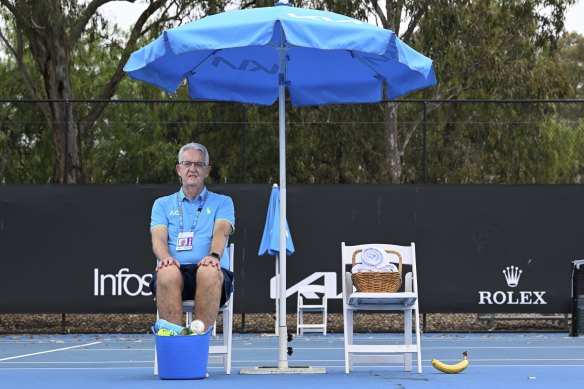 John Glasson has worked casually at the Australian Open for 51 years, helping out at the practice desk. This summer he is supervising pratice at the Scotch College Courts. Credit:Penny Stephens

“Things have changed a bit since then,” he muses. The biggest change over 50 years he says is the standard of athleticism during practice.

“The most notable thing is the way players warm up and stretch these days, you’d have to say it’s a bit more professional,” he says.

“They warm up in a gym or an exercise bike and most of them have trainers. Back then they might have hit the ball for 30 minutes then walked straight onto the court for their match.”

Linda says all workers at the Open aim to be “seen but not heard” and help things run smoothly.

“Our staff learn when to knuckle down, and when we can have a bit of fun.”