5,000 families earning £100k-plus use taxpayer cash to buy their homes: Thousands of wealthy house hunters are handed money to help them get on the property ladder

Thousands of wealthy house hunters have been handed taxpayers’ cash to help them get on the property ladder, official figures reveal.

The Help to Buy mortgage scheme was designed to assist families struggling to raise a deposit.

But nearly 40 per cent of first-time buyers who have taken advantage of it have household incomes of more than £50,000 a year.

Critics said the Government scheme was helping the better off while driving up house prices for everyone, pushing the dream of home ownership out of reach for many families. Campaigners said the £8.27billion of taxpayers’ money poured into Help to Buy would be better spent on affordable housing. 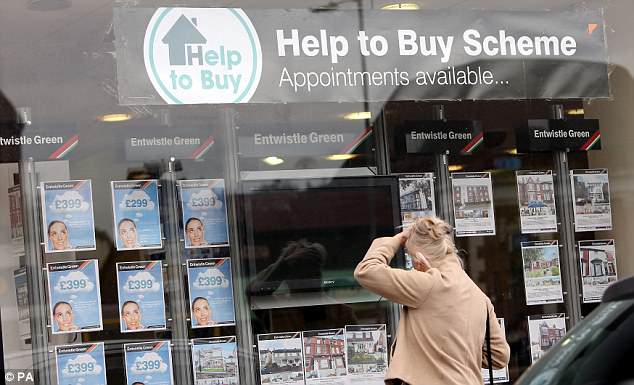 A woman looks at houses for sale in a estate agents window in 2013, advertising the new help to Buy scheme 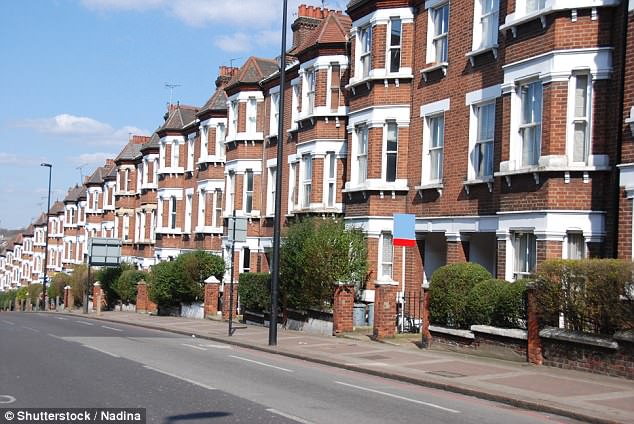 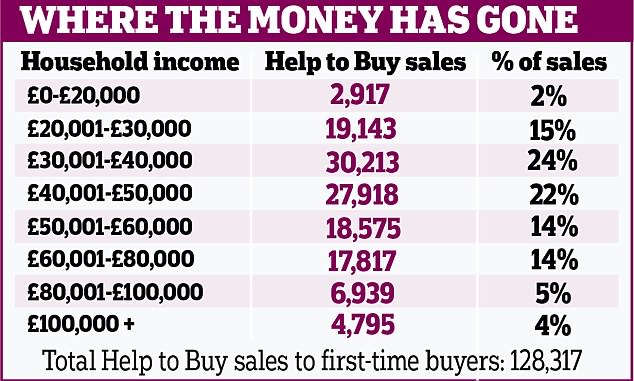 Help to Buy doles out loans from the taxpayer so house hunters finding it hard to raise a deposit can secure a mortgage on a new-build home. Since the scheme was launched in April 2013, families have bought a total of 158,883 properties, taking loans worth £8.27billion from the Government.

First-time buyers accounted for 81 per cent of the purchases, borrowing £6.5billion from the taxpayer. But the figures from the Ministry of Housing, Communities and Local Government show high earners are taking advantage of the scheme as well as lower paid families.

And it is not just first-time buyers using taxpayer funds to buy new homes. The figures show 30,566 new-build homes have been bought by families already on the housing ladder on top of 128,317 first-time buyers.

Polly Neate, of housing charity Shelter, said: ‘Help to Buy is failing. It’s doing little for the first-time buyers it’s targeted at and nothing to help families most in need of a home, while inflating house prices and providing big housebuilders with whopping bonuses.

‘Instead of focusing on sticking plaster solutions, the Government needs to fix our failing housebuilding system by bringing down the cost of land and funding social homes that are genuinely affordable to rent.’ 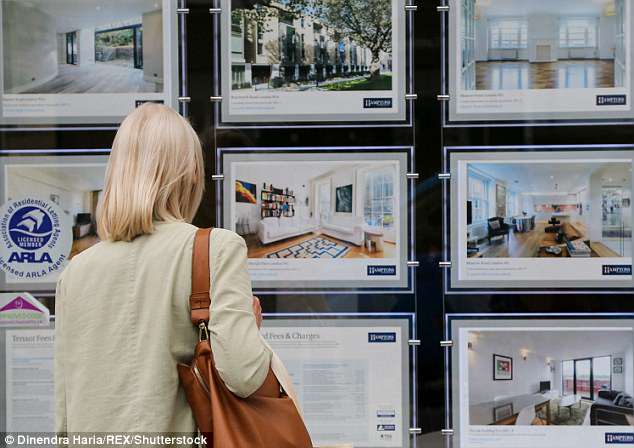 The scheme allows house hunters to purchase new-builds worth up to £600,000 using deposits of only 5 per cent

The Help to Buy equity loan scheme was launched by then Chancellor George Osborne in a bid to kick-start house building at the same time as supporting families struggling to get on the ladder.

When the house is sold the Government takes the same proportion of the sale price as is loaned at the time of the initial purchase. If the house price has gone up, the Government makes money. If it has gone down, the taxpayer makes a loss.

Darren Baxter, of the Institute for Public Policy Research, said the money ploughed into Help to Buy would be better spent building affordable homes and council houses for poorer families.

He added: ‘A large amount of money is being spent on supporting a housing policy which disproportionately supports people who are on higher incomes. Help to Buy has helped quite a significant number of people into home ownership. However, many of them would have been able to afford a home without Help to Buy.’

A Government spokesman said: ‘Help to Buy and the cut in stamp duty are helping first-time buyers get on the housing ladder. Last year we saw the highest number of first time buyers for over a decade.’