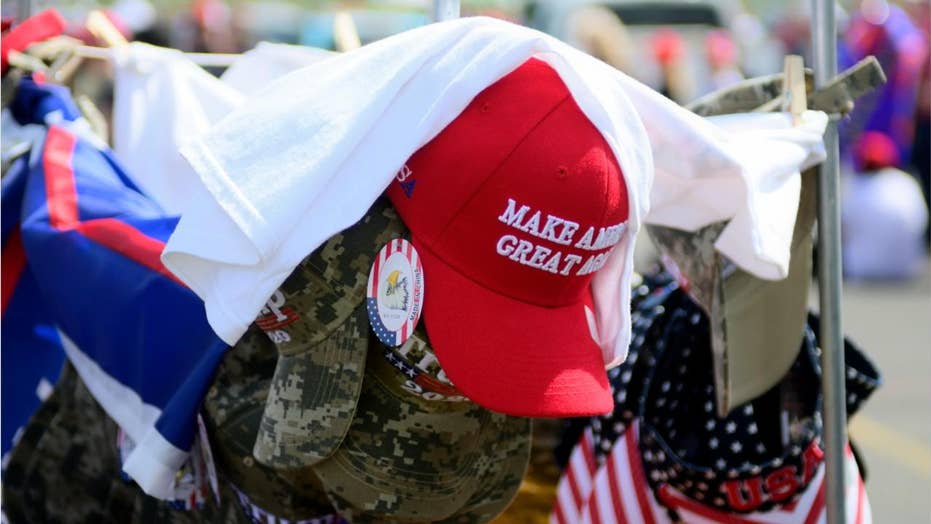 A Florida man has been arrested for spitting on a bar patron for wearing a MAGA hat. The man allegedly said he accosted the patron because he supports law enforcement and Trump supporters are ‘communist and racist.’

A 77-year-old military veteran was attacked in California for wearing a MAGA hat supporting President Trump and a Back the Blue mask with a blue line in support of police, according to a report.

The victim, who did not want to be identified, told KRCR-TV the attack came out of nowhere, surprising him, last Friday in broad daylight at the Red Bluff post office.

THE LATEST FROM FOX NEWS ON THE 2020 PRESIDENTIAL RACE

He said he was approached by a man and woman: "She looked at me and she goes, 'We just don't like people like you.' Just kind of got shocked a little bit and said, 'Well, that breaks my heart,' and no more sooner out of my mouth, I get hit on the left side of my head. "

He said then the man engaged further: "Then somehow he got me in a headlock and started pounding me on top of my head … I got blood all over the place and I'm trying to figure, you know, where's my hat, where's my package?"

The vet was hospitalized and said he still has headaches from the attack three days later.

He said he blames himself for the attack.

"I just feel kind of bad, seven years in the military, Vietnam veteran and 30 plus years in law enforcement and you're always taught situational awareness. And this guy came out of … I never saw it coming."

"I was so shocked for the hate that people have, you know. I don't hate them. I never met them. I just can't believe they would do something like that."