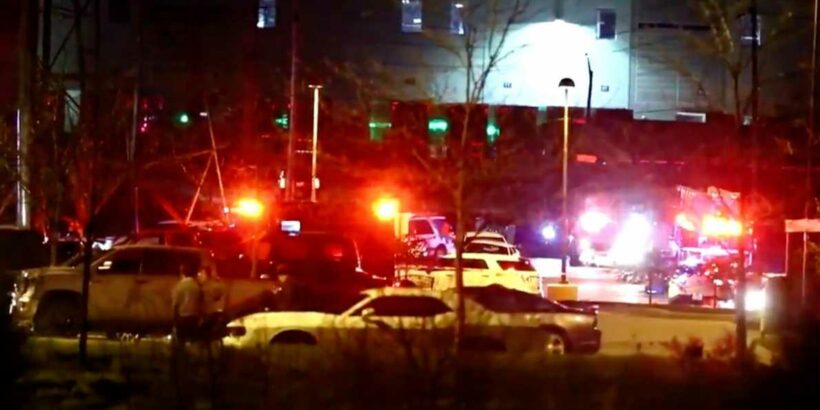 Mom of four killed when neighbor’s gun accidentally goes off

At least 8 people were dead after a shooting rampage at a FedEx facility in Indianapolis on Thursday night, a report said.

The shooter opened fire at the building near the Indianapolis International Airport at about 11:10 p.m., according to KEYT-TV.

A total of 8 people were declared dead at the scene. Others were taken to the hospital to be treated for injuries, the station said.

Police believe the shooter took his own life at the scene.

A FedEx employee, Jeremiah Miller, told the outlet he saw a shooter outside, through an entrance door.

“I saw a man with a submachine gun of some sort, an automatic rifle, and he was firing in the open,” Miller said.

“I immediately ducked down and got scared,” he said.

Miller’s coworker, Timothy Boillat, said he saw one person on the ground near a vehicle.

One of the shooting victims was shot in her left arm as she sat in her car in the parking lot, her uncle, Parminder Singh told CBS 4 reporter Courtney Crown.

“She called. She said there was a shooting in the Fedex [building],” Singh said.

He said his niece was hospitalized and is doing “fine.”