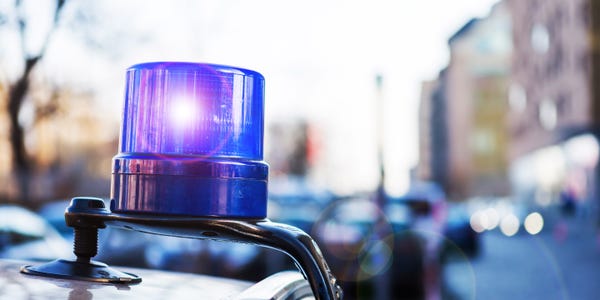 A 33-year-old white Texas man may have used dark makeup foundation and a beard as a way to camouflage himself as he killed the mother of his child last week, police suggested in an arrest affidavit.

Andrew Charles Beard has been charged with fatally stabbing and shooting 24-year-old Alyssa Burkett numerous times at her workplace on October 2 in Carrollton, Texas, police said in a news release.

When authorities arrived at the scene, Burkett was being aided by her colleagues. She suffered numerous stab injuries to her torso and arms, and a gunshot to her head, the newspaper reported.

According to an affidavit viewed by the Dallas Morning News, in an attempt to disguise himself, Beard posed as a Black man and  "used dark liquid foundation and a fake beard." Eyewitnesses at the scene described the suspect as a Black man, according to the report.

During their search, police officers found the makeup foundation in one of Beard's vehicles. They also found trash bags, a kitchen knife, and a screwdriver. In another vehicle, officers found a fraudulent beard with "dark brown makeup on the inside," according to the outlet.

People close to Burkett told authorities that Burkett was afraid Beard would kill or harm her, the newspaper reported. Burkett had recently won a custody battle for their 1-year-old daughter late last month.

According to the outlet, police officers also discovered a "tracking device" under Burkett's car, and her new boyfriend found one under his vehicle as well.

Beard turned himself into police custody on Monday and is currently at Carrollton City Jail. The 1-year-old is with the state's child protective services.