When Jerry Otto and his wife, Christine, bought a craftsman-style home in the hills of Boise, Idaho in 2019, they saw potential.

Unlike many homes they’d toured in the established neighborhood of Highlands, the 1984-built home wasn’t a “total gut job.”

“It wasn’t terrible, and it had a good layout,” says Jerry, an engineering consultant.

A few months later, when the pandemic forced the couple to work from home, it jumpstarted their renovation plans.

In the last two years, the couple has spent $140,000 renovating about 2,000 square feet of their home, including putting in a new kitchen, a mudroom, renovating two bedrooms, and sprucing up the basement and living room. And they fashioned two separate workspaces — one out of a bedroom and another out of a large nook on the second floor.

“We needed that separation,” says Jerry. “Christine is on the phone or video conference all day long.”

HOUSING: Spring is in the … housing market? Home prices are surging early this year. Here's why.

STARTER HOMES: It's tough to buy a starter home these days. Three Americans tell their stories. 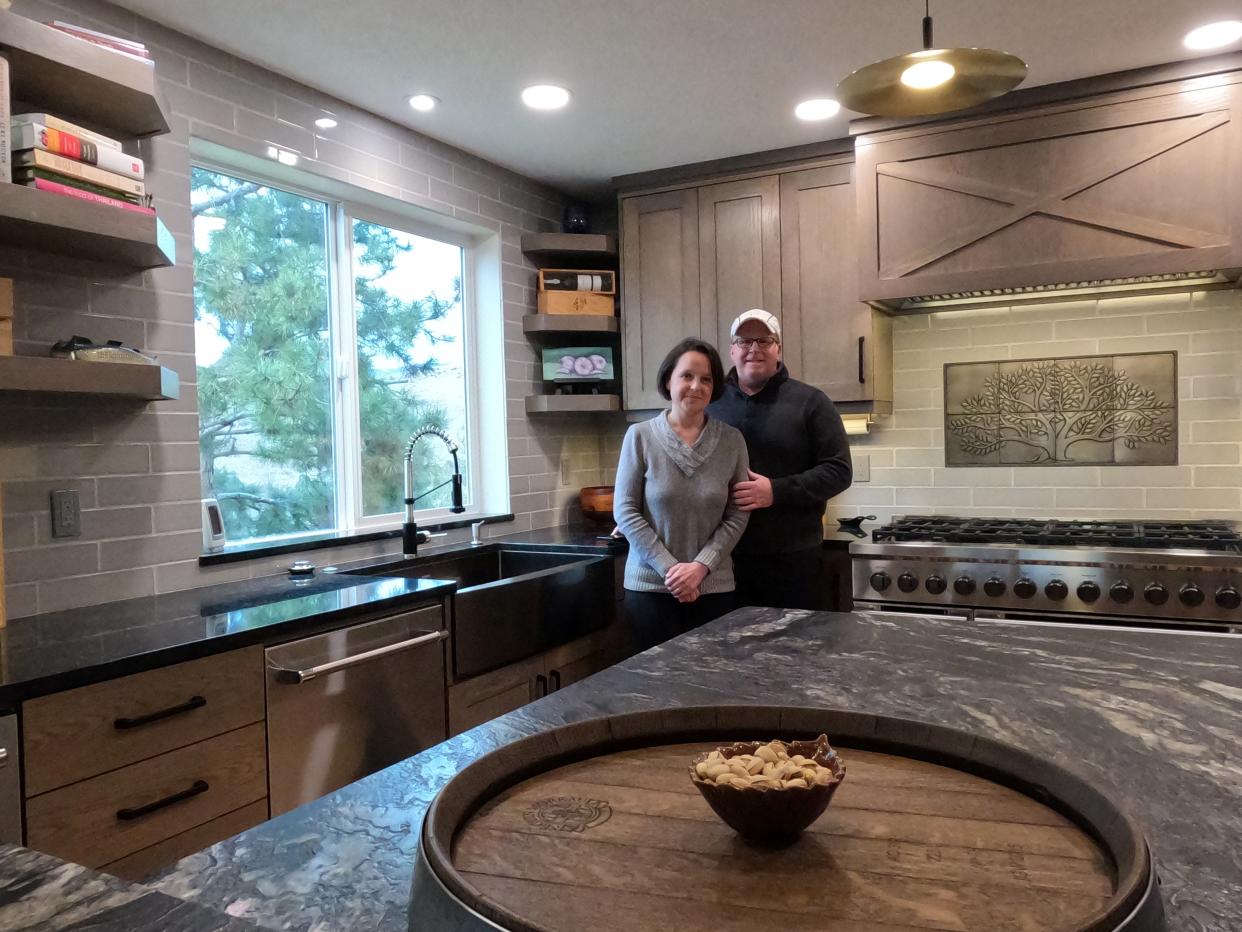 As homeowners, like the Ottos, have started spending more time at home aided by the ability to work remotely, the desire to improve their living environment has grown. And with record breaking home price appreciation over the last two years, that desire is increasingly backed by an ability to make the renovations a reality.

At the same time, growth in spending on home improvements and repairs is expected to peak in 2022 with expenditures reaching $427 billion in the third quarter, up 20% year-over-year, according to a report by the Remodeling Futures Program at the Joint Center for Housing Studies of Harvard University.

Annual owner improvement and repair spending was up 9.4% in 2021 compared to the previous year.

Before the pandemic, the historical long term average growth in spending, going back to the mid-90s, was about 5%, says Abbe Will, associate project director of the Remodeling Futures Program.

Another factor fueling the demand for renovations is the historically low housing inventory levels which makes it difficult for current homeowners to upgrade to newer homes. 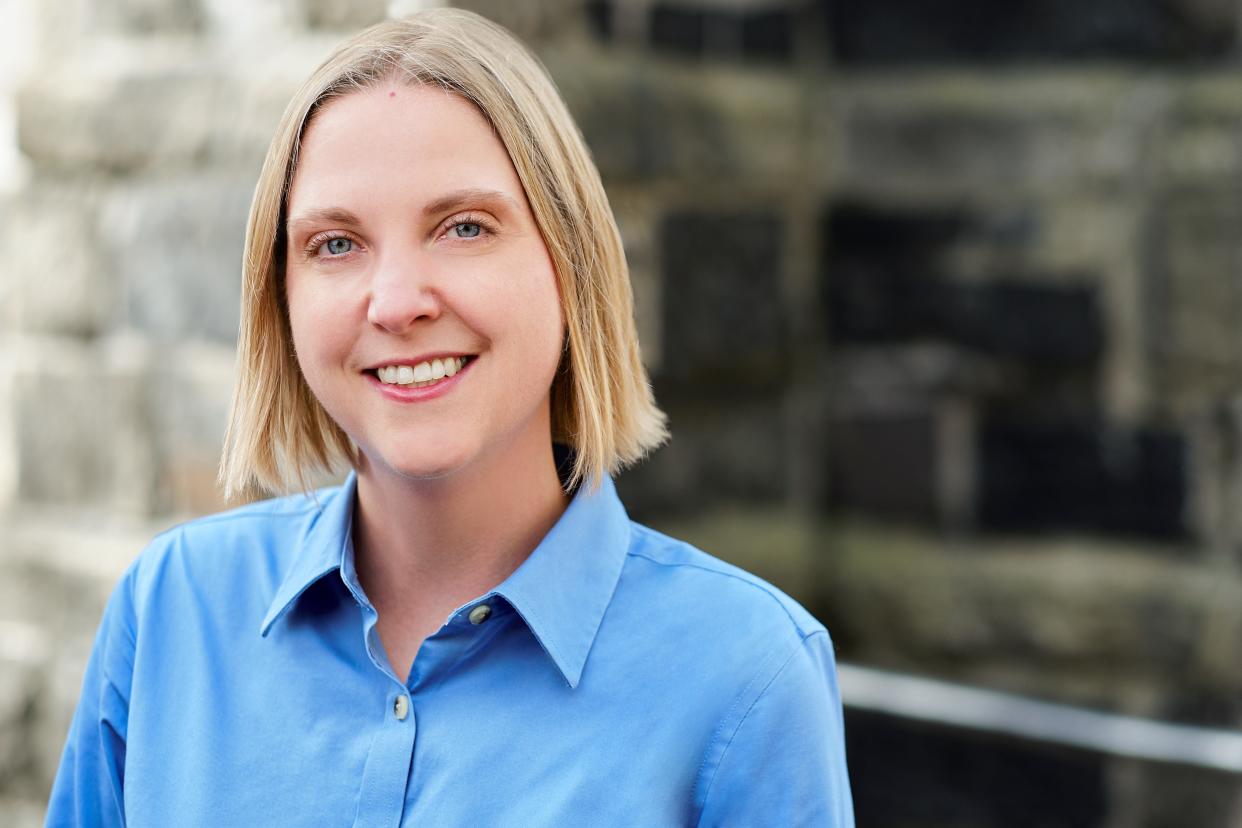 “When homeowners are feeling kind of stuck or feel they’ll be there for longer than they had anticipated,it definitely changes the calculus for what types of work you might want to do or need to do to make that current home fit your needs,”says Will. 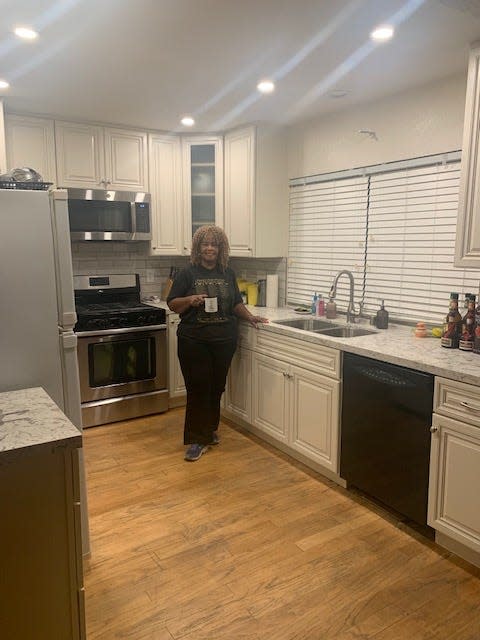 “I started baking and cooking a lot more over the pandemic,” she says.

The problem was, she had to get down on her knees to dig through her pots and pans in the lower cabinets.

“Sometimes, I’d have to put a pillow on the floor because it was uncomfortable on my knees,” she says. “It was just a pain.”

She got in touch with Corbin DeLapp, a local contractor, who promised to do her work for a little more than $19,000. It included prefab cabinets, Lazy Suzanrotating trays, pull-out spice cabinets, granite countertops, new lighting, and more counter space. The work was completed in less than three weeks.

"I love how everything is accessible and the antique white look of the cabinets," she says.

Long says she was able to save up $16,000 for the makeover  during the pandemic as she and her husband were not traveling or eating out as much.

“It was a little more than I had expected for my small kitchen, but it was worth it,” she says. 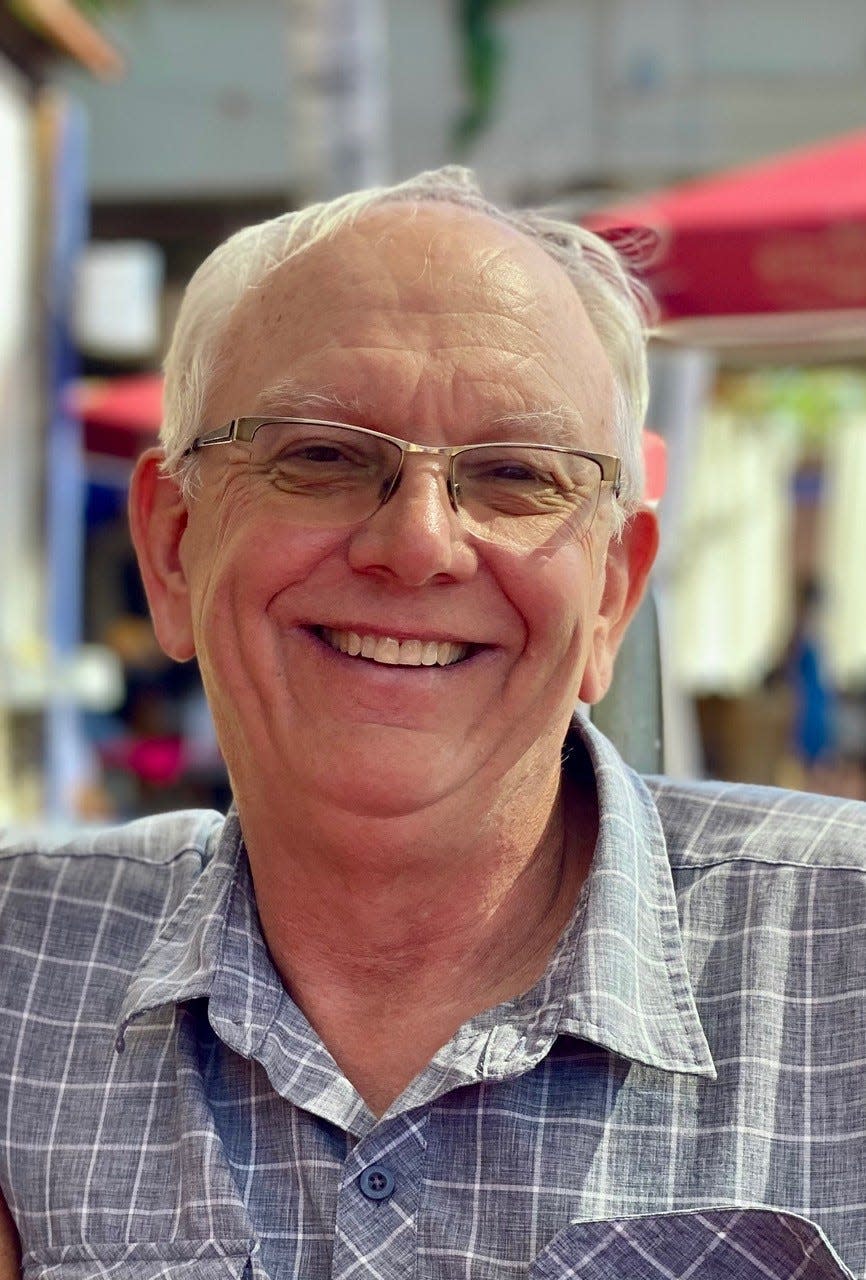 Business has been never better for DeLapp, who has been working in the construction industry for more than 40 years.

“So you had a lot of people at home hating their kitchen, hating their house, you know?” DeLapp says with a laugh.

What distinguishes his small company, which specializes in bathrooms and kitchens, is that he only takes one job at a time, he says. So even as the larger companies were dealing with worker shortages, his company, which consists of four employees, was doing well.

DeLapp uses prefab counter tops and prefab cabinets, which also insulated him against issues with worker shortages which other companies using custom cabinetry were encountering.

“I'm not the McDonald's,'' he says. "I am like the Starbucks or the Panera Bread,'' of kitchen remodeling. "I supply a service that's rapid and quick but has really high quality, too.”

The average home improvement spending per owner in 2019 was $11,800 for thosewho undertook a project, according to analysis by the JCHS.

From 2010 to 2019, homeowners largely relied on professional contractors for projects, but in 2020, with many owners required to work from home, and amid health concerns about having contractors on site, do-it-yourself (DIY) projects gained new popularity, the report found.

In late March 2020, 60% of respondents to a survey by The Farnsworth Group and the Home Improvement Research Institute had started at least one DIY maintenance or improvement project within the previous two to three weeks. By early May, that share had jumped to almost 80%.

A major motivation for owners to tackle projects themselves was the desire to avoid having workers in their homes. 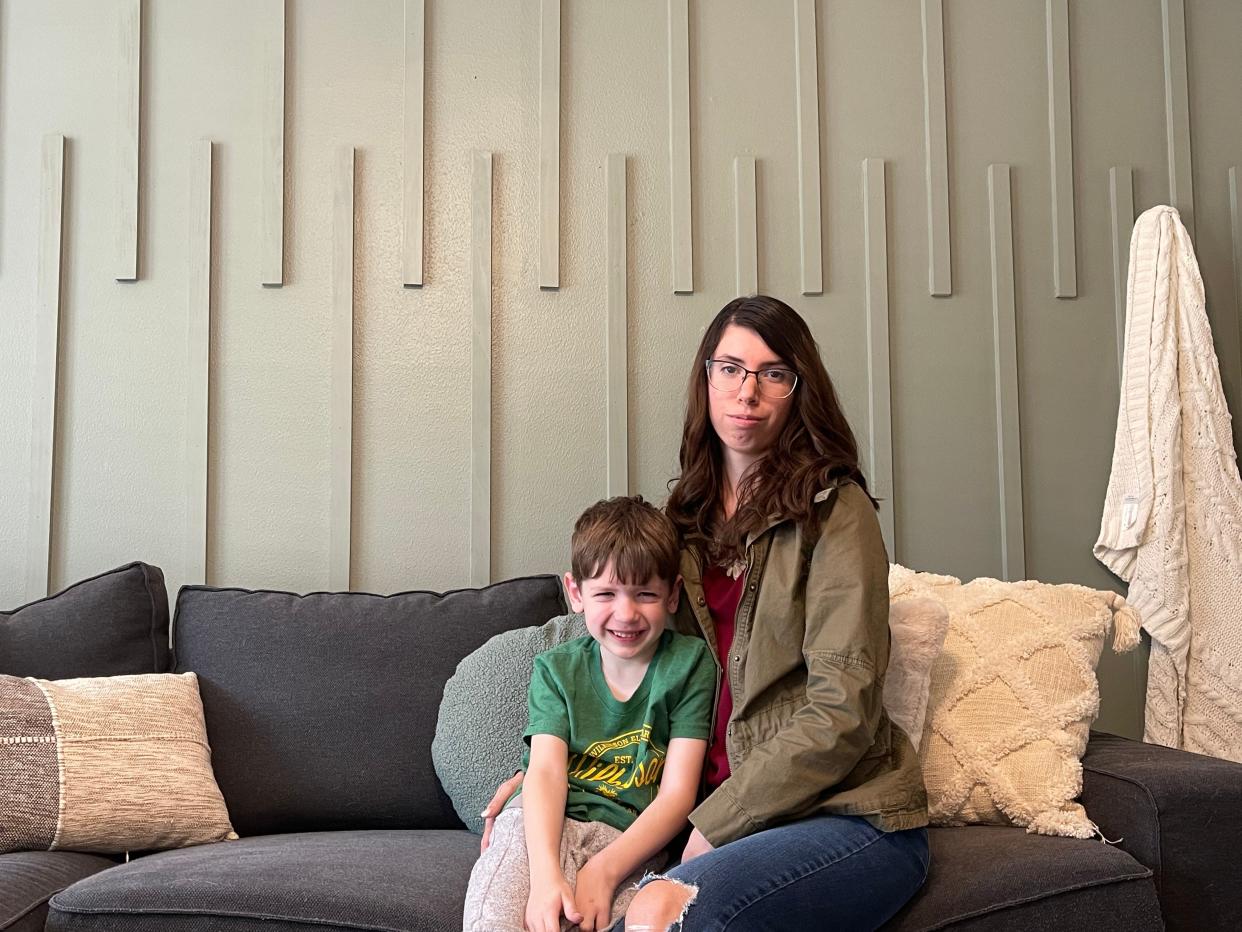 “I think we were in our house for maybe a month, and we took a hammer to my son's bathroom and we tore it out,” she says. “Since it was built in the 70s, it had soffits in the ceiling and it was really dark. A few months later we did the tile in his bathroom, too.”

Then last month, she installed a board and batten accent wall in her son’s playroom with the help of her husband.

Over the next year, she hopes to replace her kitchen. The fact that her Spanish-style house is now being appraised for $400,000 gives her additional comfort to dip her toe into new projects, she says. 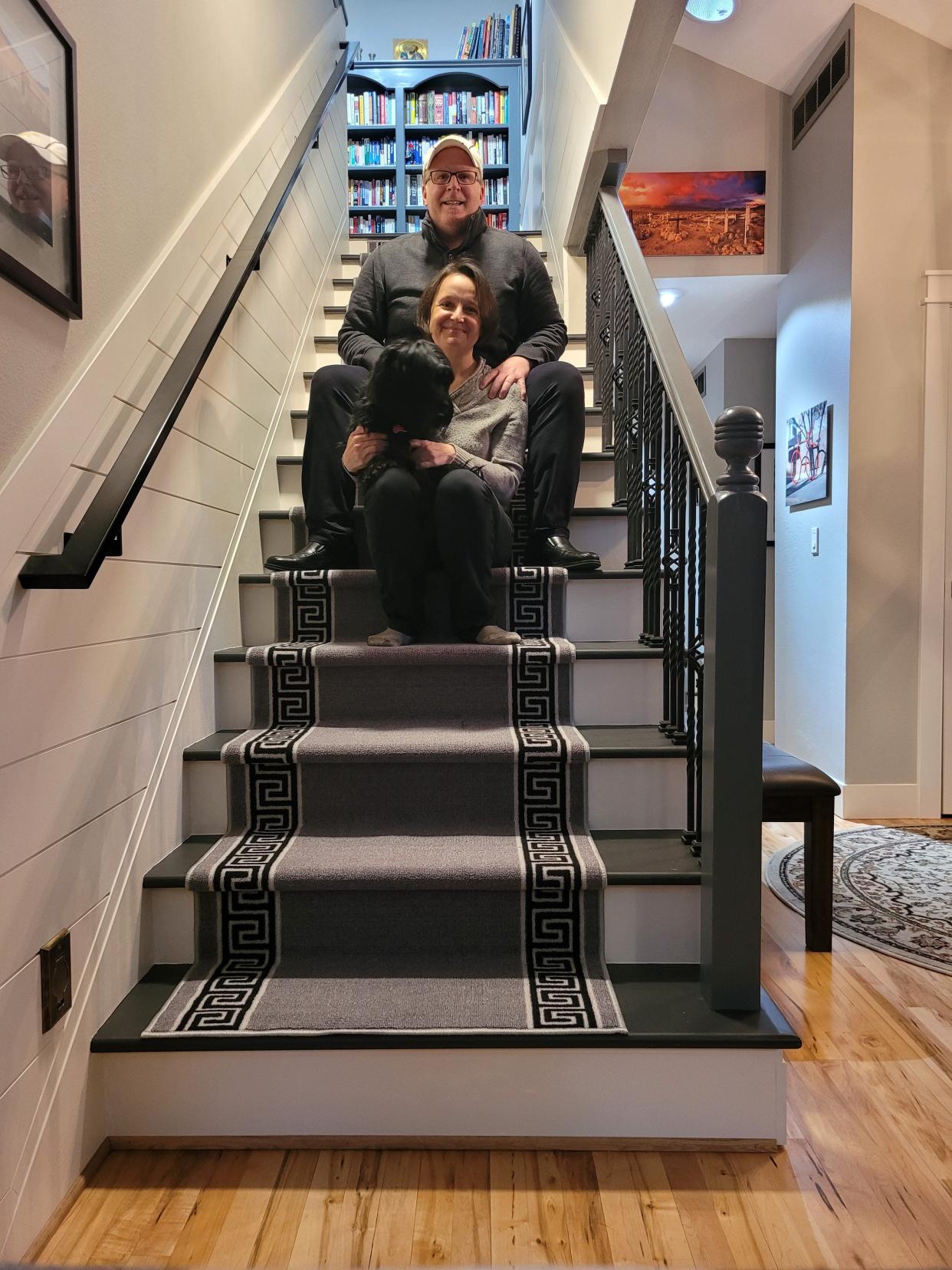 The house he bought in 2019 for $700,000 is now valued at more than $1 million even without all the work he has put in. Withthe improvements he's made, he estimates it’s worth close to $1.2 million.

Having been able to oversee the contractors while he worked from home helped with a timely completion of the project in about three months, he says.

“Being able to be there to monitor that and to update the general contractor on what was done helped to speed the process up,” he says. “He was working on several other projects.”

At one point, Otto fired a sub- contractor who was tiling his backsplash. Somewhat of a perfectionist, he ended up doing the job himself.

“I even cut back on my own hours to do some of the work,” he says. “Being at home certainly motivated us to get it done and live in the place that we wanted to live in, you know? It’s fantastic.”

Swapna Venugopal Ramaswamy is the housing and economy reporter for USA TODAY. Follow her on Twitter @SwapnaVenugopal