BETHLEHEM, West Bank (Reuters) – A fragment of wood reputed to be from the manger where Jesus was laid after his humble birth arrived in Bethlehem as a gift from the Vatican on Saturday, kicking off Christmas season at the town revered as the place of Jesus’ birth. 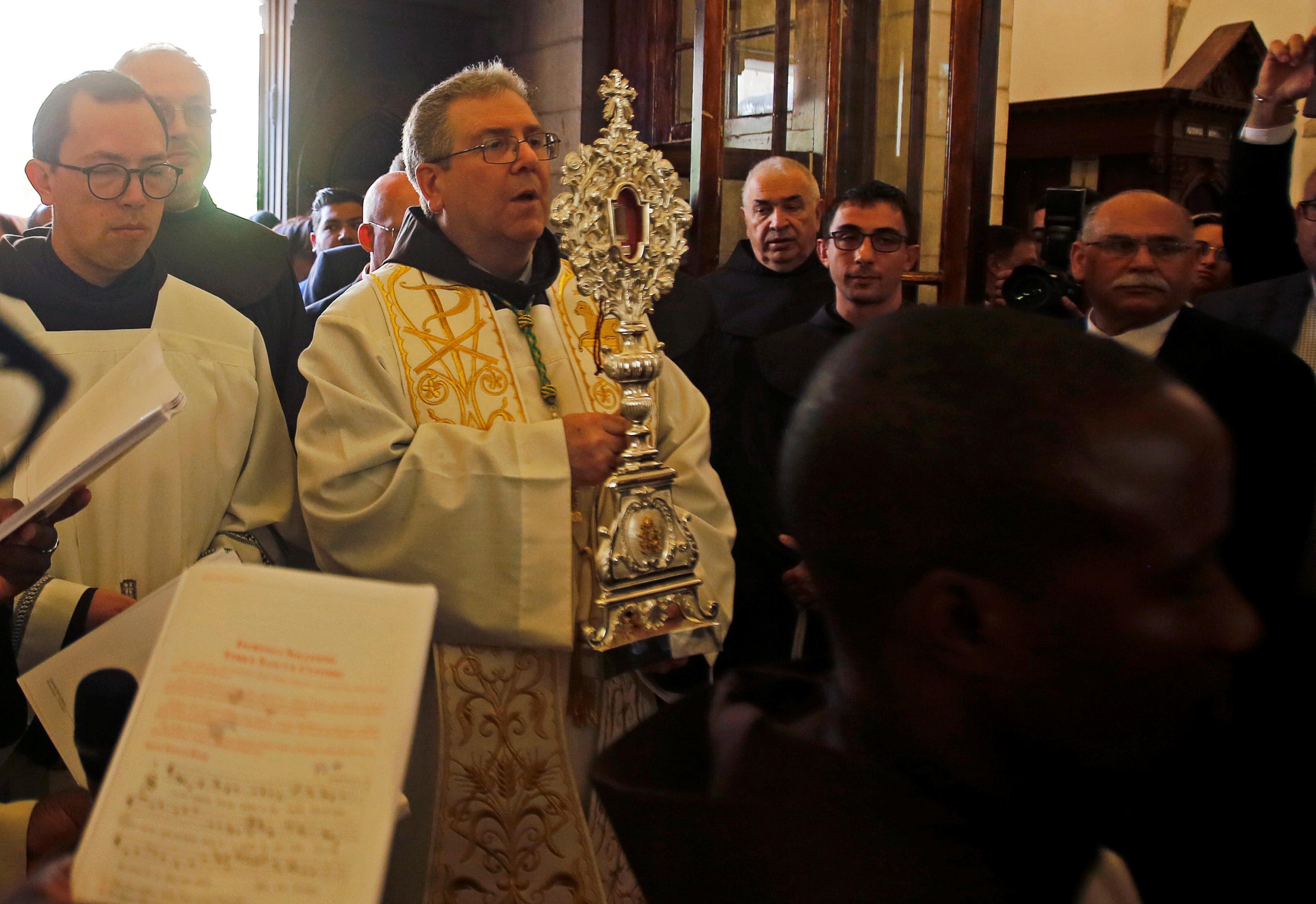 The wood piece, just a few centimeters (inches) long, was once kept in the Basilica of Santa Maria Maggiore in Rome. It was handed over earlier this week to the custodian of the Bethlehem church, who said it brought “great honor to believers and pilgrims in the area”.

The provenance of ancient relics is often questionable. Still, they are revered by the Christian faithful, among them the many pilgrims who squeeze through a narrow sandstone entrance in the Church of the Nativity to visit the birth grotto that is its centerpiece.

According to the Custos of the Holy Land for the Catholic church, Francesco Patton, the relic dates back more than 2,000 years and was sent to the Vatican in the 7th century.

Encased in a silver-colored ornamental table-top stand, it was unveiled to the public on Friday at the Notre Dame of Jerusalem Center. Marching bands greeted the relic as it arrived in Bethlehem on Saturday. It was placed in Saint Catherine’s Church, at the Church of the Nativity compound in Manger Square.

“We are proud that part of the manger is back in Bethlehem because we feel that the soul of God is with us more than before,” said Chris Giacaman, 53, a Bethlehem homemaker, as she stood outside the church.

Others were a little let down.

After night fell, the traditional lighting of the Christmas tree ceremony was underway as hundreds gathered at Manger Square to celebrate the start of holiday season.

With a bright red star gleaming at its top, the giant tree was illuminated by hundreds of golden-white bulbs as fireworks lit up the night sky.

Bethlehem, in the Israeli-occupied West Bank, is usually particularly busy ahead of Christmas on Dec. 25, with tourists and pilgrims flocking to the Biblical city. Christians make up around 1% of the Palestinian population in the West Bank, Gaza Strip and East Jerusalem.