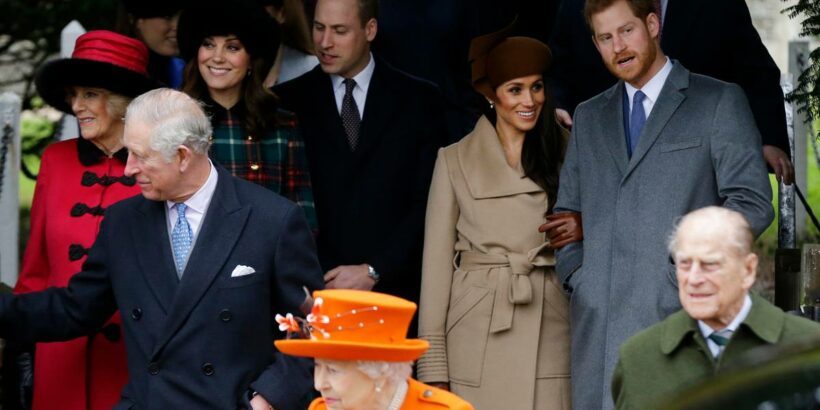 Welcome to the weekend.

Settle down with a cuppa and catch up on some of the best content from our premium syndicators this week.

In the royal 'firm,' the family business always comes first

When Prince Harry’s wife, Meghan, referred to the British royal family as “the Firm” in their dramatic interview with Oprah Winfrey, she evoked an institution that is as much a business as a fairy tale.

It is now a business in crisis, after the couple levelled charges of racism and cruelty against members of the family.

The New York Times looks at how for all the familial drama, Harry and Meghan’s story is also about workplace conflict and what happens when a glamorous outsider joins a hidebound family business.

ALSO READ:
• The ‘invisible’ pact binding the UK royals and their tabloid tormentors
• A tale old and new as another royal wife breaks free
• For UK, Meghan and Harry interview resurfaces issues of race and royal tradition
• UK politicians tread carefully in minefield left by Harry and Meghan’s interview

After an earthquake and tsunami pummeled a nuclear plant about 20km from their home, Tomoko Kobayashi and her husband joined the evacuation and left their Dalmatian behind, expecting they would return home in a few days.

It ended up being five years. Even now — a decade after those deadly natural disasters on March 11, 2011, set off a catastrophic nuclear meltdown — the Japanese government has not fully reopened villages and towns within the original 20km evacuation zone around the Fukushima Daiichi nuclear plant. And even if it did, many former residents have no plans to return.

The New York Times looks at how ten years on residents are readjusting to places that feel familiar and hostile at once.

ALSO READ:
• A village erased: Japan still rebuilding 10 years on
• Ten years after Fukushima disaster, this nurse may be the region’s best hope
• Japan’s nuclear ghost town – and the people who never left

Earlier this year Alexei Navalny, Vladimir Putin’s most prominent critic and the leader of the country’s largest grassroots opposition movement, was detained at the airport upon returning from five months of recuperation in Berlin, following an assassination attempt using a Soviet-developed nerve agent. He was charged and later sentenced to two-and-a-half years in jail.

The intended message was clear: after years of handicapping and intimidating opposition groups but reluctantly accepting their existence, Putin had lost patience. No longer would Navalny and his followers simply be suppressed. Now they would be silenced.

After eras of prosperity and patriotism, Russia’s president is now ramping up repression to hold on to power. The Financial Times reports.

Why rom-coms like Bridget Jones would never get made today

Like a scene with somebody smoking in a pub, it has became apparent that none of the rom-coms from the 1990s and 2000s would be made today.

This is not a plea to cancel anything from the days when woke was what you did when you stopped sleeping. Instead it’s clear rom-coms are a time capsule, storing attitudes of when they were made, for studying, and gawping at, later.

The Times looks at how these rom-coms reflect a very different, often cringeworthy age.

Rise of the retail army: The amateur traders transforming markets

When newcomers discover Robinhood, and decide to use the zeitgeist US trading platform to punt around in stocks, many of them have questions. Chief among them, it seems, is “what is the stock market?”.

Along with “what is the S&P 500?”. But what Robinhood’s army of untrained investors lacks in market knowledge, it more than makes up for in enthusiasm and impact.

A few months ago, these so-called retail traders were a quirky sideshow in US stocks. They ended up piggybacking on a historic rally in equities that has now been running for nearly a year.

The Financial Times looks at how the growth of retail trading is forcing mainstream investors to take note.

With a population of about two dozen that relies on a subsistence life, fishing pike in the summer and hunting moose in the fall, Birch Creek operates like numerous villages in Alaska, with no road access, no running water and no neighbours for miles. But despite the natural isolation the coronavirus had still managed to find its way in.

The New York Times looks at how there’s a rush to deliver vaccines to these remote locations.

Trauma at a young age can be a path to extraordinary lives, says British author Matthew Parris, and it often arrives in the form of the “five horsemen of the childhood apocalypse”.

'I am close to quitting my career': Mothers step back at work to cope with pandemic

As the pandemic forces parents into an impossible juggling act between career and childcare, two in five working mothers have taken, or are considering taking, a step back at work, a survey found.

The proportion of fathers looking to reduce their workloads was 10 percentage points lower among the nearly 400 respondents.

The Financial Times looks at how the knock-on effects of school closures are disproportionately hurting working women.

ALSO READ:
• What do we like about working from home?
• Opinion: Do young people really need the office?

In Hawaii, reimagining tourism for a post-pandemic world

For a visitor who was on the island of Oahu in 2019 when a record 10.4 million people visited Hawaii, returning to Honolulu nearly a year after the onset of the coronavirus pandemic is breathtaking.

At Daniel K. Inouye International Airport, souvenir shops and nearly all food vendors have closed. In neighbourhoods around the state’s capital, restaurants and bars, tour operators and travel agencies have shuttered permanently, and many that remain appear to be shells of the popular jaunts they were before the pandemic. Hotels with skeleton staffs. No tourist-filled buses blocking the entrances to attractions. Plenty of room to move on sidewalks without bumping shoulders.

Before Covid, ‘tourism was at this point where everything was about tourists.’ With the one-year anniversary of travel’s collapse, Hawaii, like other overtouristed places, is hoping for a reset.

Virus variant in Brazil infected many who had already recovered

In just a matter of weeks, two variants of the coronavirus have become so familiar that you can hear their inscrutable alphanumeric names regularly uttered on television news.

B.1.1.7, first identified in Britain, has demonstrated the power to spread far and fast. In South Africa, a mutant called B.1.351 can dodge human antibodies, blunting the effectiveness of some vaccines.

Scientists have also had their eye on a third concerning variant that arose in Brazil, called P.1.

The New York Times looks at how the first detailed studies of the so-called P.1 variant show how it devastated a Brazilian city.

ALSO READ:
• How a Holocaust survivor showed up for a vaccine and charmed a hospital
• ‘At your age, it’s the vaccine or the grave’
• How employers can reduce vaccine hesitancy

On February 18 Facebook purged Australian news articles from its platform. Articles fromAustralia’s largest media outlets, the Sydney Morning Herald, 9News, the Australian, the Guardian Australia and public broadcaster ABC were among them.

It was a shock protest move by Facebook against the News Media Bargaining Code the Australian Government is introducing that will require Facebook and Google to pay Australian news outlets for the privilege of running links to their articles.

The news ban turned out to be short-lived but it was incredibly disruptive.

Peter Griffin of the New Zealand Listen looks at how while Facebook may end up paying news companies for content, it has shown Australia who’s boss.

ALSO READ:
• How do Silicon Valley techies celebrate getting rich in a pandemic?