A California inventor has come up with a way to help make traffic stops safer for both police officers and motorists.

Reuben Brewer, a Senior Robotics Research Engineer at SRI International’s Applied Technologies and Science Department, came up with the simple idea in his garage.

It involves a police officer using a robotic arm and camera which is sent directly to the driver’s door after they’ve been pulled over, while both parties remain in their vehicles throughout. 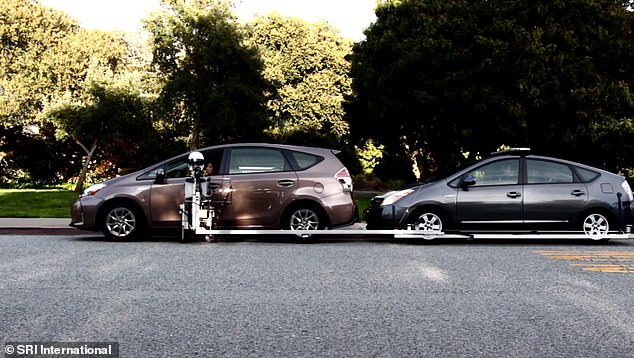 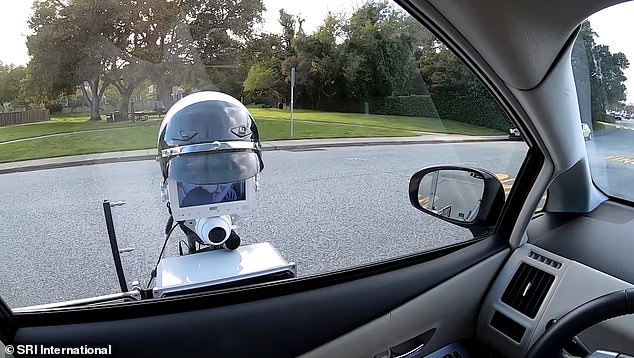 Everything is routine until the police officer pulls over the vehicle they wish to stop.

Upon halting the car, the officer’s patrol vehicle extends a robotic arm, which uses wheels to run along the ground, until it reaches the drivers-side window.

Out pops a screen and camera upon which the driver can view the officer sitting safely in their patrol car and vice versa.

The cop is able to request the usual license and registration documents which are then scanned or photographed by the robot.

The driver and officer are also able to talk and speak with one another at all times.

When the officer has the information they need, they can simply retract the robotic arm and let the driver get on their way.

Brewer notes that some kind of solution is necessary with almost 17 million drivers being pulled-over each year. Some 195,000 motorists are subjected to physical force. 89 of the drivers are killed during such tense interactions. 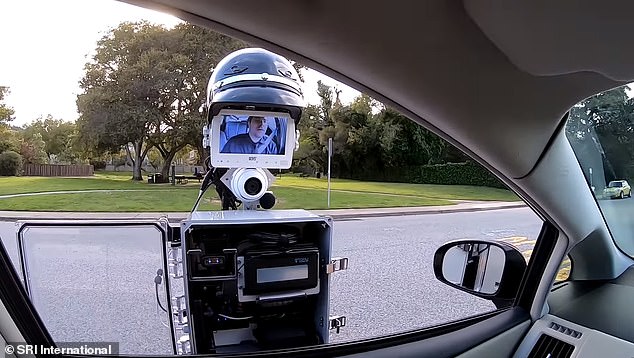 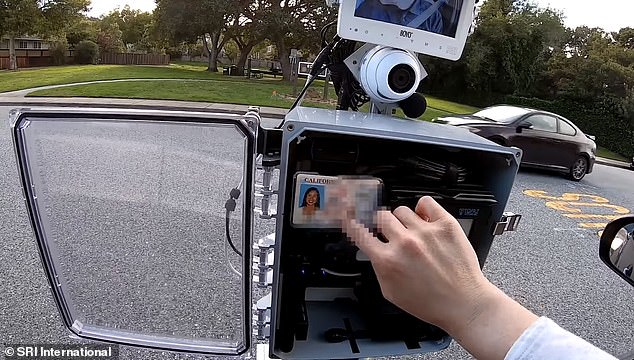 Around 4,500 officers are assaulted each year with around 11 losing their lives.

‘With such dangerous interactions between people, maybe it’s time to send a robot in between them, one that can’t hurt or be hurt?’ asks Brewer in a three-minute long video which was posted to YouTube.

‘This prototype is a work in progress that I started in my garage and now work on at SRI international. It’s only part of the solution, but I hope one day it could save lives,’ he says. 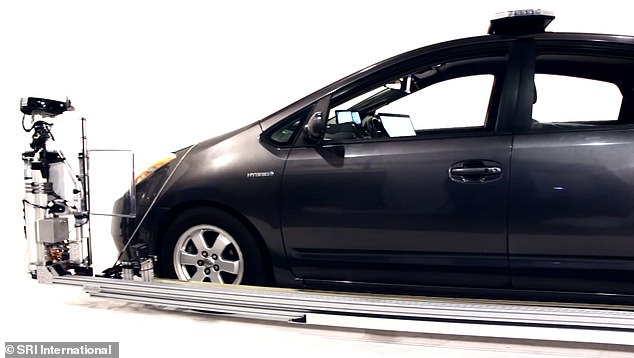 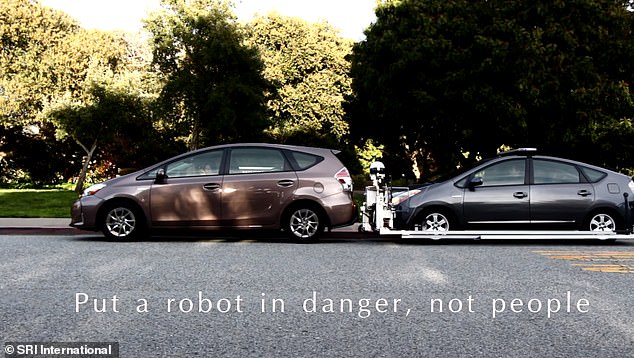 An even greater number have physical force used on them. 195,000 motorists in a typical year. Some 4,500 officers are also assaulted