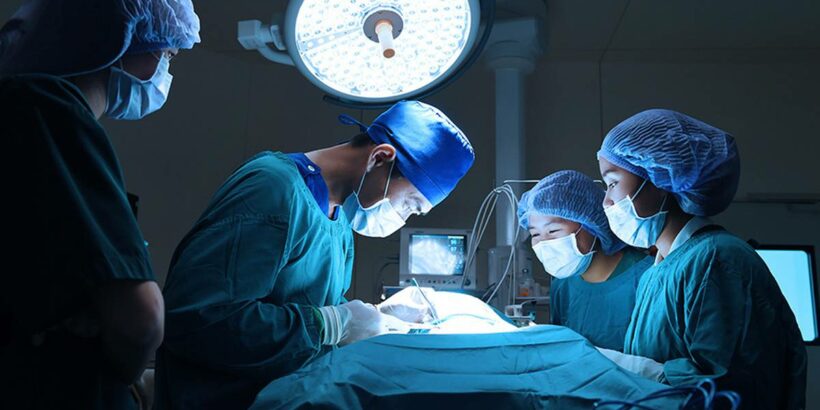 Doctors in the US say a Michigan woman died two months after receiving Covid-infected lungs during a double-lung transplant.

The donor turned out to have harboured the virus that causes Covid-19 – despite showing no signs of illness and initially testing negative.

Officials at the University of Michigan Medical School suggested it may be the first proven case of Covid-19 in the US in which the virus was transmitted via an organ transplant.

The virus was transmitted when lungs from a woman, who died after suffering a severe brain injury in a car accident, were transplanted into a woman with chronic obstructive lung disease at University Hospital in Ann Arbor.

One of the surgeons who handled the donor’s lungs also fell ill and tested positive for Covid-19 but later recovered.

Three days after the operation, the recipient spiked a fever before her blood pressure fell and breathing became laboured.

Her condition worsened over the coming days before developing septic shock and heart-functioning problems before passing away from multiple organ failure.

The incident appears to be isolated after being the only confirmed case among nearly 40,000 transplants in the US in 2020.

However, the unexpected death has since prompted calls for more thorough testing of lung transplant donors.

Director of Michigan Medicine’s transplant infectious disease service, Dr Daniel Kaul, said they would like samples taken from deep within the donor’s lungs as well as nose and throat swabs.

“We would absolutely not have used the lungs if we’d had a positive Covid test,” said Kaul, who co-authored a report about the case in the American Journal of Transplantation.

As the woman became increasingly ill, doctors were suspicious of the origin of the infection and returned to samples from the transplant donor.

While a nose and throat swab of the patient came back negative for Covid-19, doctors looked into a sample of fluid from deep in the donor’s lungs.

The test from the fluid came back positive.

While the Michigan case marks the first confirmed incident in the US of transmission through a transplant, others have been suspected.

Before this incident, it was not clear whether the virus could be transmitted through solid organ transplants, though it’s well documented with other respiratory viruses.

While the isolated incident is concerned, the chief medical officer with the United Network for Organ Sharing, Dr David Klasen, said people shouldn’t be fearful of receiving transplans.

“The risks of turning down transplants are catastrophic.

“I don’t think patients should be afraid of the transplant process.”