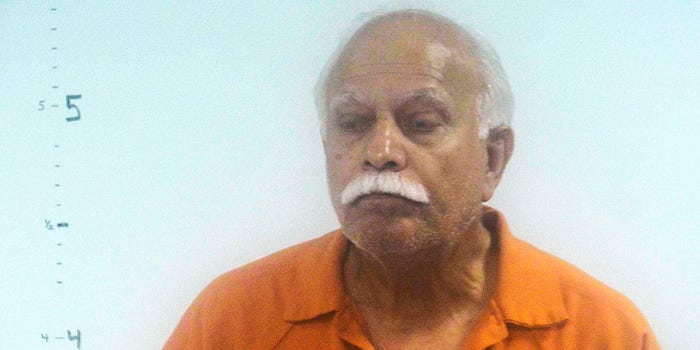 A gynecologist in Virginia is facing a 465-year prison sentence after being found guilty of performing unnecessary surgeries on his patients.

The Justice Department announced on Monday that a federal jury convicted Dr. Javaid Perwaiz, of Chesapeake, on 52 counts tied to performing medically unnecessary surgeries on his patients, some of which were hysterectomies, since at least 2010.

According to court records, Perwaiz would bill private and government insurance companies millions of dollars for the surgeries.

Perwaiz would tell his patients that the surgeries were necessary, and in some instances, said they were needed to avoid the spread of cancers, according to court records.

The Virginia Pilot reported last month that Perwaiz operated on 41.26% of patients over a 10-year period. Melinda Matzell, an investigator with Anthem Blue Cross Blue Shield, said in testimony seen by the Pilot that an average doctor performs surgeries on just 7.63% of patients.

Prosecutors detailed cases from 29 patients in court documents, though hundreds of women have said they underwent unnecessary surgeries performed at the hands of Perwaiz, the Washington Post reported last year.

"Doctors are in positions of authority and trust and take an oath to do no harm to their patients," Karl Schumann, the acting special agent in charge of the FBI's Norfolk field office, said in a statement. "With unnecessary, invasive medical procedures, Dr. Perwaiz not only caused enduring complications, pain and anxiety to his patients, but he assaulted the most personal part of their lives and even robbed some of their future."

During the trial, the prosecution also said Perwaiz had his medical license revoked in 1984, and had been convicted on tax fraud felony charges in 1995, according to WTKR. He said his license was later reinstated.

Perwaiz is set to be sentenced on March 31 and faces up to 465 years in prison.

"Dr. Perwaiz preyed upon his trusting patients and committed horrible crimes to feed his greed," G. Zachary Terwilliger, US Attorney for the Eastern District of Virginia, said in a statement. "Nothing was going to stop him but the brave victims who testified against him and law enforcement. My thanks to the trial team for their outstanding work in what was a very complex case, and to our investigative partners for their efforts in helping bring Dr. Perwaiz to justice."