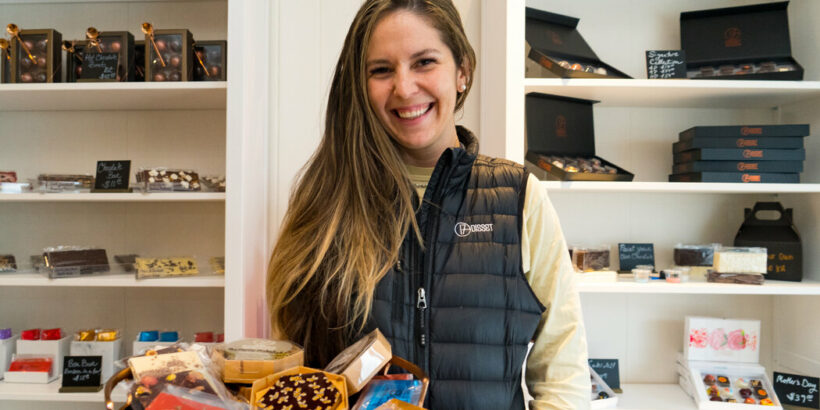 Ursula Sala-Illa, who prefers to be known as Ursula XVII, has just opened her own chocolate shop, Atelier Disset, on the North Fork of Long Island. The pastry chef’s complicated nomenclature has to do with her Catalonian roots. In the Catalan language “disset” means 17 (pronounce it and if you know French, you’ll also understand). Ursula XVII — a native New Yorker who worked at Ai Fiori in New York and with Albert Adrià and Oriol Balaguer in Spain — has settled on the North Fork. On its website and in-store, the compact little shop sells finely crafted and decorated bonbon assortments with fillings like coconut marzipan and banana walnut, assorted bars and chunky cookies. Eventually she plans to hold workshops.