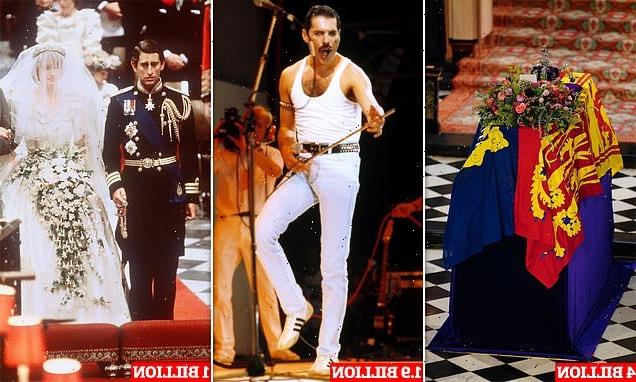 Billions of people across the world are anticipated to have tuned in to witness the historic state funeral of Queen Elizabeth II, leaving television executives dealing with an ‘abnormally high’ volume of viewers.

Britain’s stunning send-off to the nation’s beloved monarch is expected to be the most-watched moment in TV history, with more than half of the world’s population anticipated to have watched it.

The adored sovereign was given the biggest send-off in British history on Monday following her record 70 years as the Commonwealth’s head of state.

And the mammoth numbers of viewers watching the spectacle from home, fields and cinemas, has left statisticians struggling to comprehend the total.

It had been hoped the numbers would be revealed by 9.30am on Tuesday, by the Broadcasters Audience Research Board (BARB).

But it’s now believed it will take hours more to count up the enormous number of viewers.

In a statement, Overnights.TV – which pieces together television figures – told MailOnline: ‘We have been informed by BARB that due to abnormally high levels of viewing for The State Funeral data will be delayed today.’ 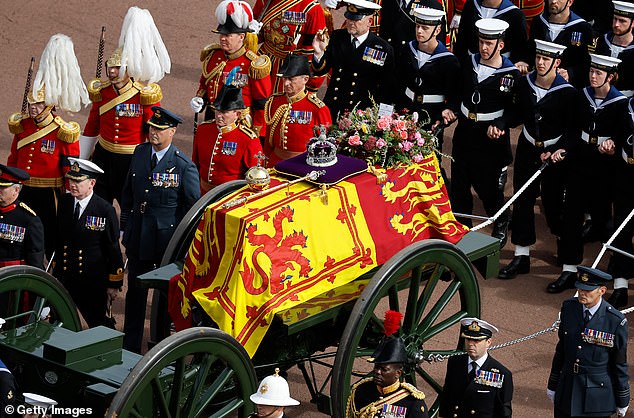 The Queen’s historic state funeral on Monday attracted record-breaking numbers of viewers from across the globe, who watched as her coffin was pulled through the streets of London 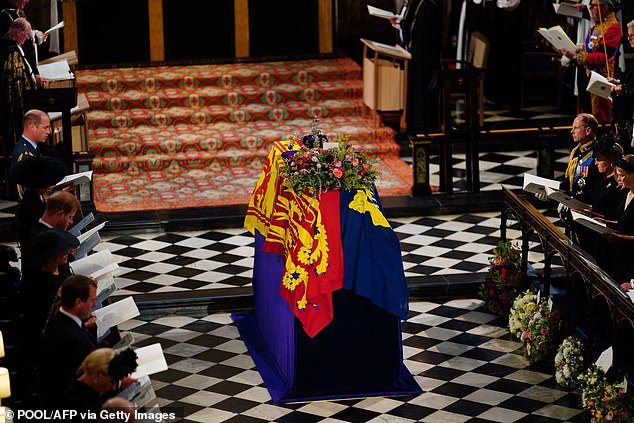 It’s estimated a whopping 4.1 billion people – more than half the population of the world – witnessed the spectacle 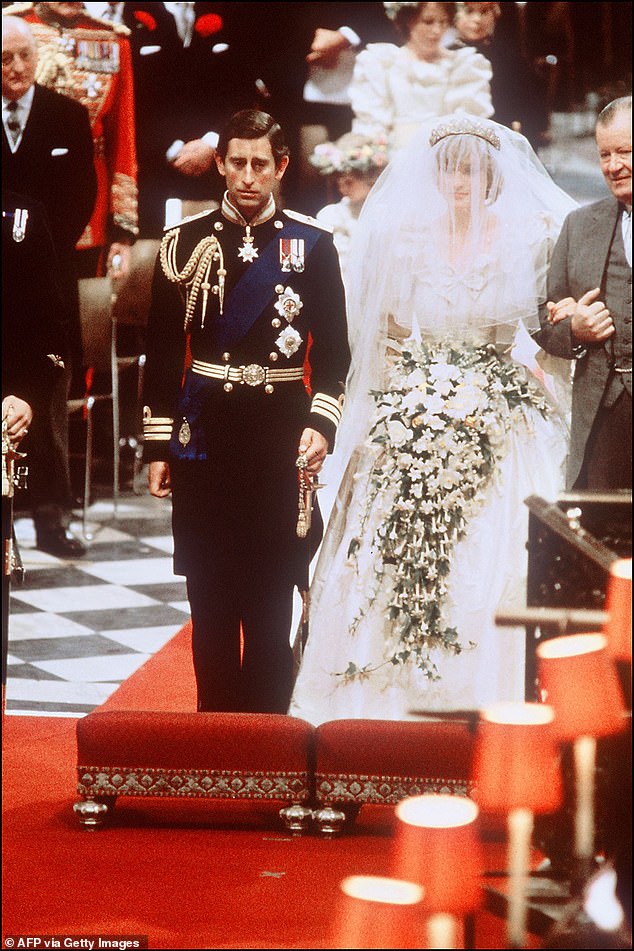 The number is thought to have eclipsed those who tuned in to witness the marriage of Princess Diana to Prince Charles in 1981, which was viewed by about a billion people 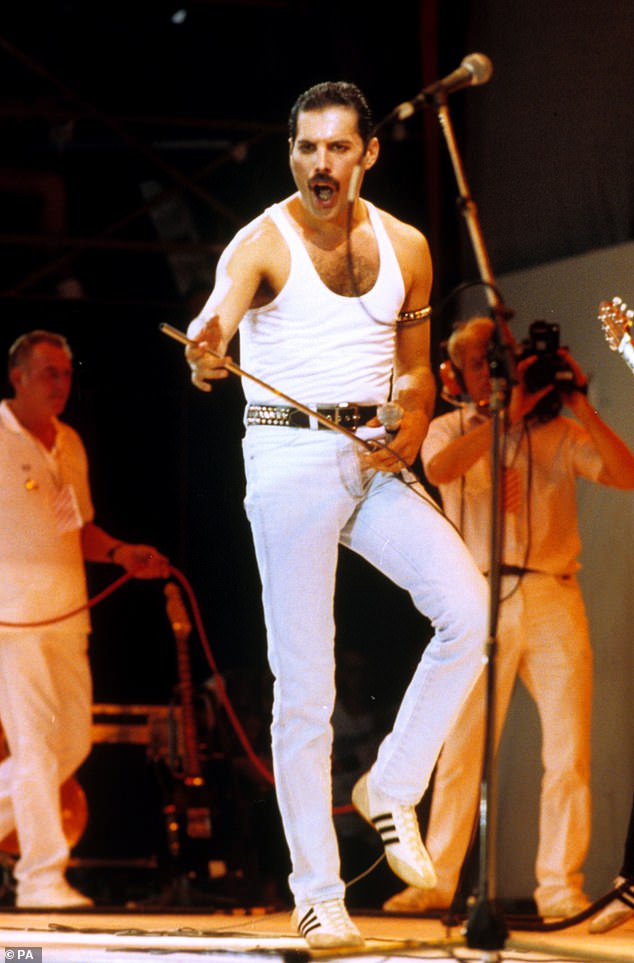 Millions of mourners packed into Westminster and Buckingham Palace to witness the Queen’s funeral, with people flying from the far reaches of the globe to be a part of the commemorations.

And countless more lined the roads from London to Windsor, where Her Majesty was eventually laid to rest, with lines six or seven deep pictured during the Queen’s final 22-mile journey from Wellington Arch to St George’s Chapel, where she was laid to rest alongside her husband, father, mother and sister in the royal crypt

Such is the love for the 96-year-old monarch around the world, her funeral was always expected to attract a huge numbers of viewers – with the total number predicted to outstrip the previous record-breaking opening of the Atlanta Olympics in 1996, viewed by 3.5 billion people.

More than half the world’s population were anticipated to have watched the final chapter of the Second Elizabethan Age draw to a close as the Queen was laid to rest in Windsor.

Live coverage of the spectacle was aired across BBC One, BBC News and iPlayer throughout the day, with ITV and Sky also broadcasting the event.

BBC and ITV are still putting together their total figures from the day, the MailOnline understands. 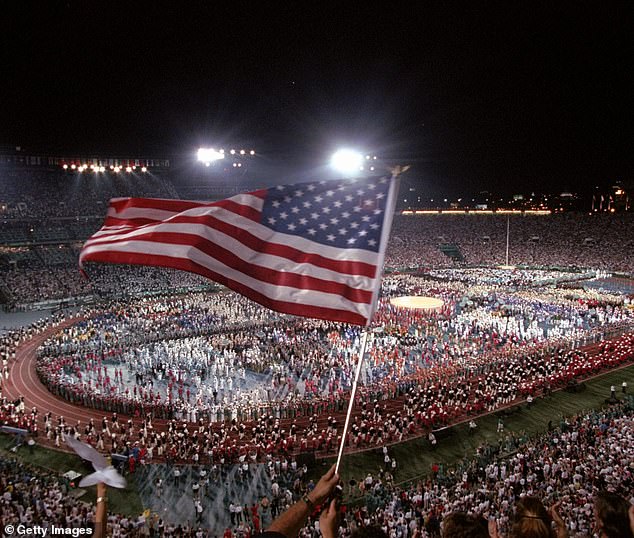 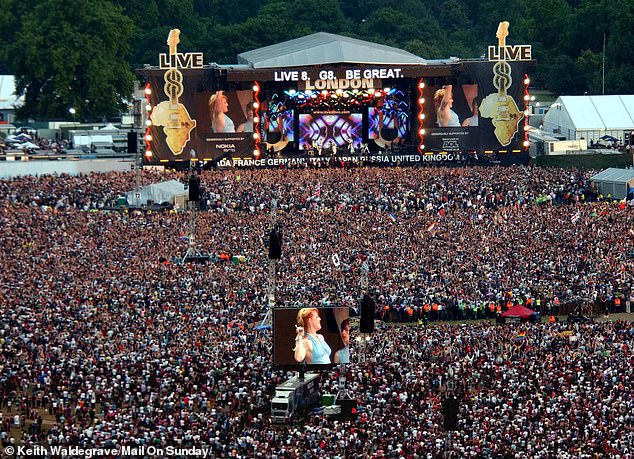 2005: More than two billion tuned in to watch the string of Live8 benefit concerts 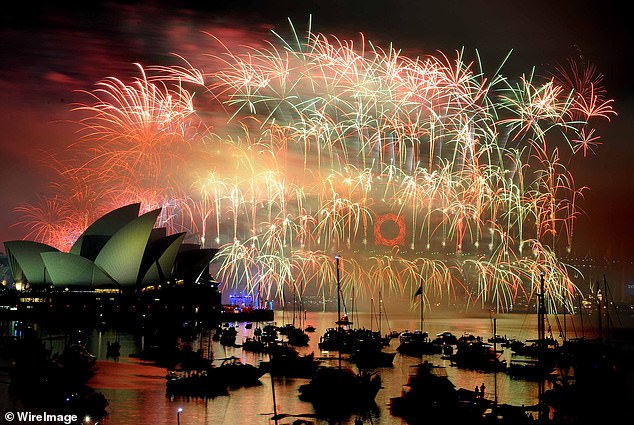 About a million people are thought to have packed into a one-mile squared area of Westminster on Monday to witness the spectacle.

And on Tuesday, the government revealed that a whooping 250,000 had queued to pay their respects to the Queen while she was lying in state inside Westminster Hall.

The momentous occasion was Britain’s first state funeral since that of wartime Prime Minister Sir Winston Churchill in January 24, 1965.

Figures are still being compiled this morning however it is expected to eclipse ever other live television in history.

Ahead of the milestone occasion, Industry experts had predicted a staggering 4.1billion viewers were expected to tune to the broadcast.

This would smash the previous record of 3.5 billion who reportedly watched boxing great Muhammad Ali open the Atlanta Olympics in 1996.

If their predictions are correct, the Queen’s state funeral would eclipse all other broadcasting records – including the Live8 concerts in 2005, Sydney’s New Year Eve firework celebrations in 2010 and the wedding of Prince Charles and Lady Diana.

Carolina Beltramo, TV analyst at WatchTVAbroad.com, said: ‘Such is the love and admiration for Queen Elizabeth II around the world that her funeral is destined to be the biggest live TV event in history.

‘Generations of people across the globe won’t have been alive the last time pomp and pageantry were seen on this scale.

‘While it’s a sad occasion, they can be forgiven for being enthralled by a spectacle that echoes throughout history. For that reason alone they’ll be drawn to witness the dawn of this new age in their billions.

‘No fewer than 4.1 billion people are expected to tune in on Monday to witness this historic moment as half the people on planet Earth pause to pay their respects.

‘Thanks to advances in technology, which mean most of us now carry TVs around in our pockets, audience figures will eclipse the opening ceremony of the Atlanta Olympics, when 3.6 billion people watched Muhammad Ali light the Olympic torch in 1996.

‘In contrast, an estimated 2.5 billion people watched the service for Diana, Princess of Wales, 25 years ago, with 31 million Brits tuning in.’ 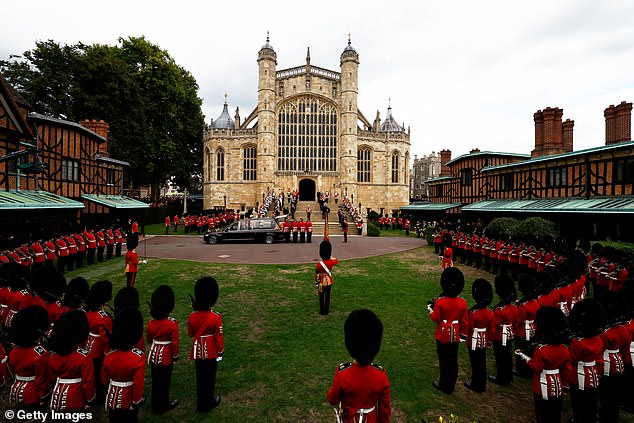 More than 4,000 military personnel were involved in the Queen’s state funeral, which ended at St George’s Chapel, in Windsor, pictured above 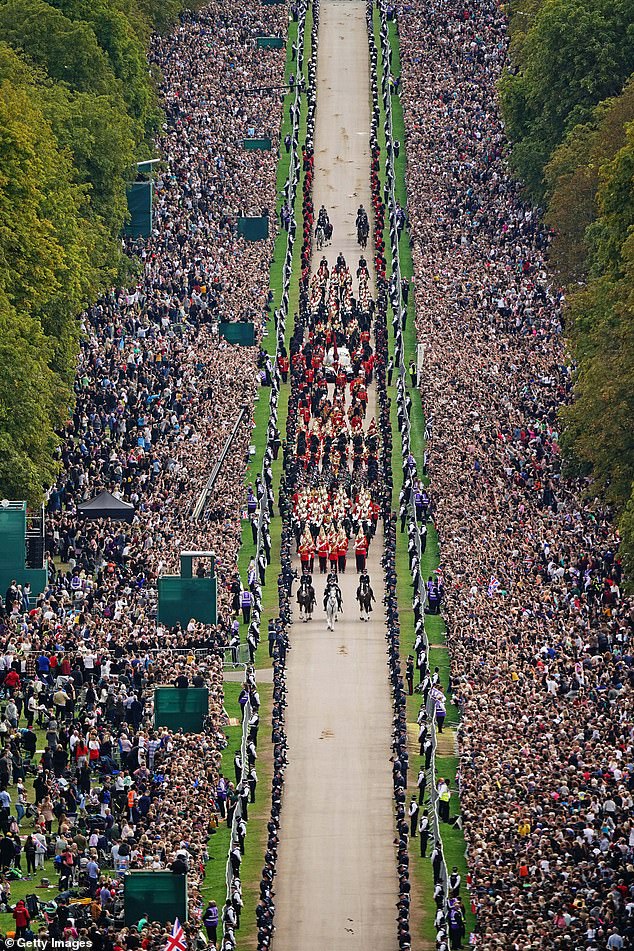 A sea of people, holding flags and bunting, lined the route into Windsor as Her Majesty made her final journey on Monday afternoon

Queen Elizabeth II today lies at peace for eternity in the royal vault under St George’s Chapel with her husband, father, mother and sister.

She is the 12th British monarch to be buried at Windsor and has chosen to be with her family following the ‘Us Four’ principle pursued by her father George VI.

He told his daughter repeatedly that following the abdication of his brother, a happy and united Royal Family was the most important thing in life after the duties of a monarch.

It came after a highly-symbolic and moving public moment in which the Queen’s crown, orb and sceptre were removed from her coffin so she could descend into her grave below St George’s Chapel Windsor ‘as a simple Christian soul’.

Her Majesty was carried by eight soldiers from the 1st Battalion Grenadier Guards who raised and put down the Queen’s 500lb lead-lined coffin no less than 10 times on her journey from Westminster Hall to St George’s Chapel in Windsor, where she lies peacefully today