Actor James Cromwell has been arrested and charged with disorderly conduct over a PETA protest against animal testing at a university in Texas.

The Succession star and another man were part of a demonstration yesterday to protest Texas A&M University System Board of Regents’s use of dogs for medical research.

The 79-year-old actor, who is an animal welfare activist that has been arrested many times before, and 34-year-old Jeremy Beckham disrupted an A&M meeting by bursting into the room and waving placards.

Both men wore T-shirts with ‘Stop cruel dog tests’ written on the front and back while waving signs saying ‘Dogs are suffering at TAMU’. 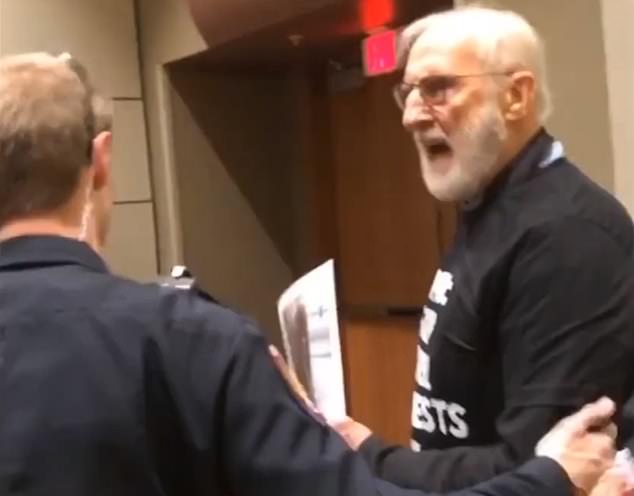 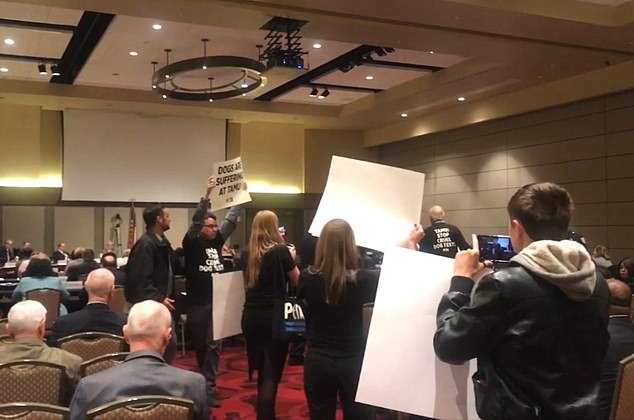 Jeremy Beckham, James Cromwell and other PETA activists during the Texas A&M University System Board of Regents meeting

In a video of the demonstration, Cromwell could be heard telling the room to ‘show some compassion’ and to ‘do the right thing’.

He then shouted as he was being marched from the room by officers: ‘Free these dogs, send them to adopted homes that will take care of them. Shut down this lab! Shut down the lab!’

The clip started with both Cromwell and Beckham quietly walking around that tables holding placards as a speaker carried on addressing the audience.

When police began to lead them out of the room, Cromwell began shouting and continued to yell ‘shut down the lab’ as he opened the door to leave the building.

Brazos County police officers could then be seen handcuffing the veteran actor, who has starred in Boardwalk Empire, Six Feet Under and I, Robot alongside Will Smith.

In a statement issued before the demonstration, Cromwell said that ‘caging and hurting golden retrievers is unethical and bad science, and it needs to end now’.

Police said the pair were charged with disorderly conduct after the incident. 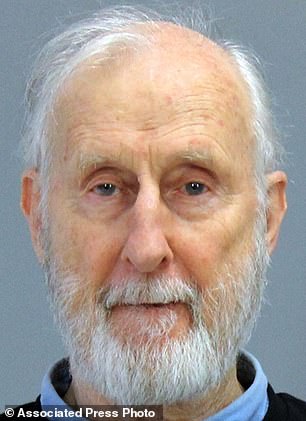 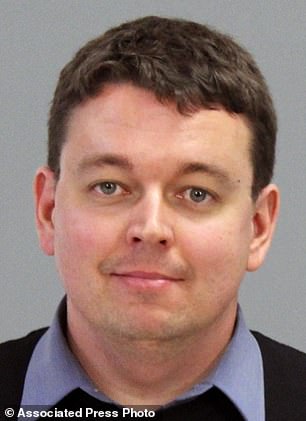 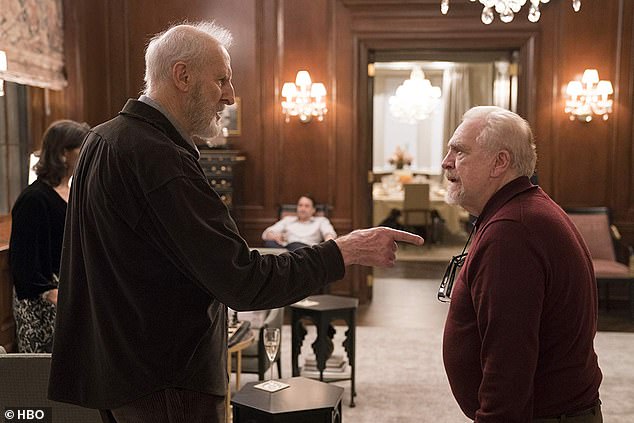 James Cromwell in Succession as Ewan Roy, alongside Brian Cox as his estranged brother and media magnate, Logan Roy

Cromwell said in a statement via PETA: ‘Texas A&M continues to torment golden retrievers and other dogs, even though decades of these experiments have not led to a cure for humans with muscular dystrophy.

‘It’s time to let the dogs out, and my friends at PETA and I want them released to good homes where they can live out the rest of their lives in peace.’

Hindering proceedings by disorderly conduct is punishable by up to a year in jail.

Both men were released after posting bonds of $5,000 each.

Texas A&M University announced recently that it was reducing its breeding of dogs for medical research.

But according to PETA, the university stopped breeding dogs for ‘canine muscular dystrophy experiments, but its experiments continue’.

The university said in a statement to People: ‘Texas A&M University appreciates this opportunity to correct and clarify misleading information regarding our Duchenne muscular dystrophy research. 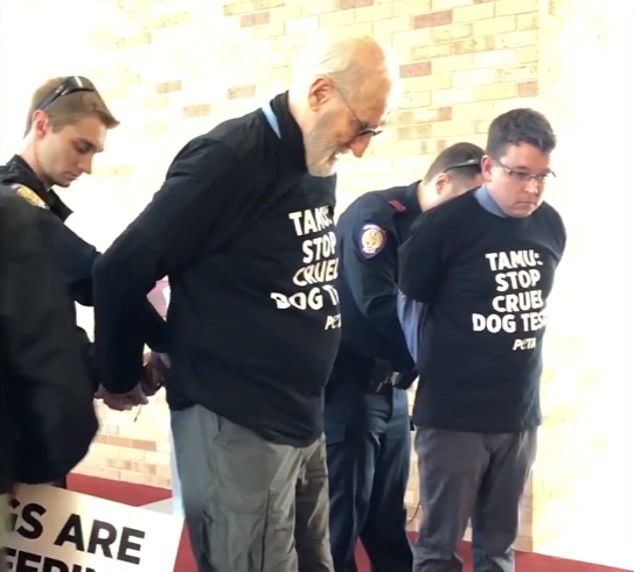 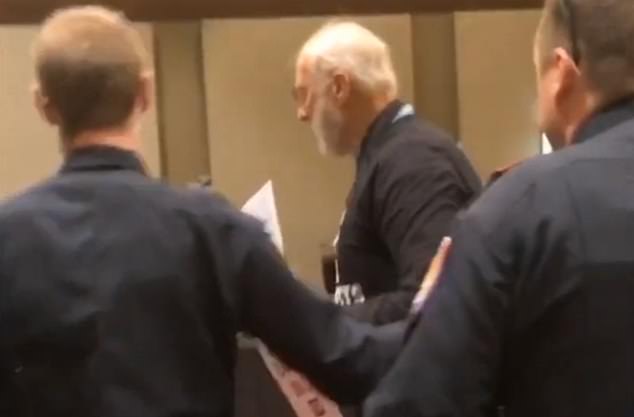 ‘It’s a shame that misinformation continues to be spread about this important research being done on behalf of humans and animals. We believe the public is smart enough to see through publicity stunts.’

During the hit HBO series, Succession, Cromwell plays Ewan Roy, the estranged brother of Logan, played by Brian Cox, the founder of a media and entertainment conglomerate called Waystar Royco.

Cromwell, who has also stared in films such as Babe, LA Confidential and The Green Mile, has been arrested at multiple animal rights protests over the years.

In 2017 the actor was arrested at SeaWorld in San Diego protesting cruelty against orca whales.

Earlier that same Cromwell was jailed for a week after refusing to pay a $375 fine as part of the ‘Wawayanda Six’, following a protest at an upstate New York power plant in 2015.

In February 2013, Cromwell was arrested for interrupting a University of Wisconsin meeting while by a graphic photo of a cat to protest alleged mistreatment of animals on campus.