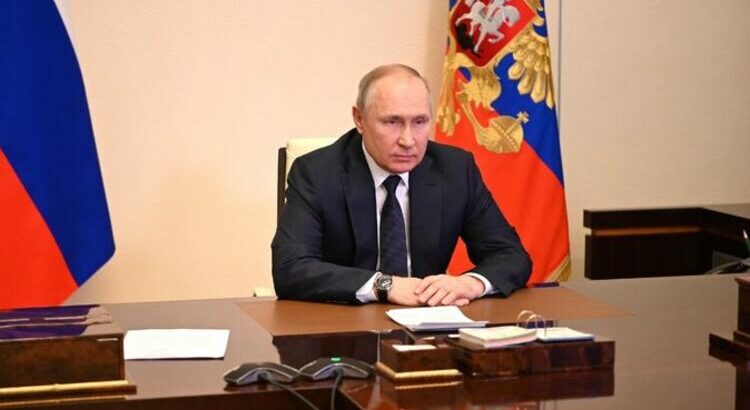 Russia’s economy is expected to shrink dramatically as a result of western financial sanctions over the invasion of Ukraine. Now a decision by credit rating agency S&P to rule Russia has defaulted on its foreign debt because it offered bondholders payments in rubles, not dollars has added to the financial pain according to market analysts.

CNN reporter Matt Egan said: “A default will raise borrowing costs for Russia, investors are not going to want to do business with Russia.

“This is also adding to the economic pain.

They’re experiencing very high inflation shrinking standard of living and this exodus of Western companies and World Bank says that Russia is already in default.

“The World Bank expects Russia’s GDP to decline by 11 percent this year, really significant economic pain there but even more pain in Ukraine.”

He added: “As you can see, the World Bank is expecting that Ukraine’s GDP will collapse by nearly 50 percent this year.”

Russia’s former finance minister Alexei Kudrin said on Tuesday that the Russian economy is on track for the biggest fall in gross domestic product since the years following the 1991 fall of the Soviet Union.

Russia is facing soaring inflation and capital flight while grappling with a possible debt default after the West imposed crippling sanctions to punish President Vladimir Putin for sending tens of thousands of troops to Ukraine on Feb. 24.

“The official forecast would be for more than around a 10 percent contraction,” said Mr Kudrin, who served as Putin’s finance minister from 2000 to 2011, according to RIA.

Previous Russian government forecasts envisaged gross domestic product growth of 3 percent this year after the economy expanded by 4.7 percent in 2021.

S&P on Saturday lowered Russia’s foreign currency ratings to “selective default” on increased risks that Moscow will not be able and willing to honor its commitments to foreign debtholders.

Facing waves of sanctions over its invasion of Ukraine, Russia could face its first sovereign external default in over a century after it made arrangements to make an international bond repayment in rubles this week, even though the payment was due in dollars.

S&P said in a statement it understood that Russia had made coupon and principal payments on dollar-denominated Eurobonds in rubles on Monday.

“We currently don’t expect that investors will be able to convert those ruble payments into dollars equivalent to the originally-due amounts, or that the government will convert those payments within a 30-day grace period.”

Sanctions on Russia are likely to be further increased in the coming weeks, the agency said, “hampering Russia’s willingness and technical abilities to honor the terms and conditions of its obligations to foreign debtholders.”

Russia’s finance minister on Thursday said the country will do everything possible to pay its creditors, but investors in Russia’s international bonds face an increasingly uncertain path to recover their money should the country default.