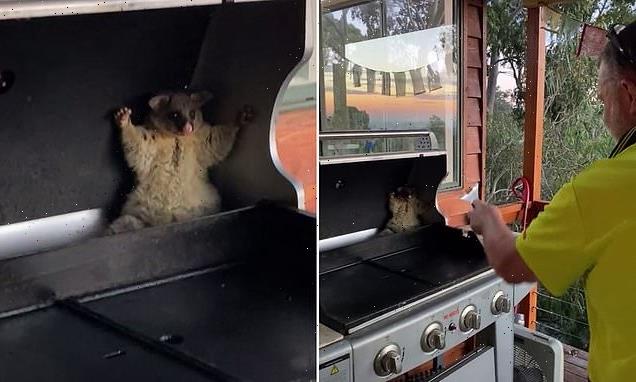 A family’s burger night was put on hold after a stunned possum was found inside their outdoor barbecue.

The adorable possum was spotted on Thursday evening hidden in the hood of a family’s barbecue on their patio in Australia with its tiny hand’s lifted up in defeat.

A tradie grabbed a metal spatula and comically tapped on the grill to move the stunned possum along. 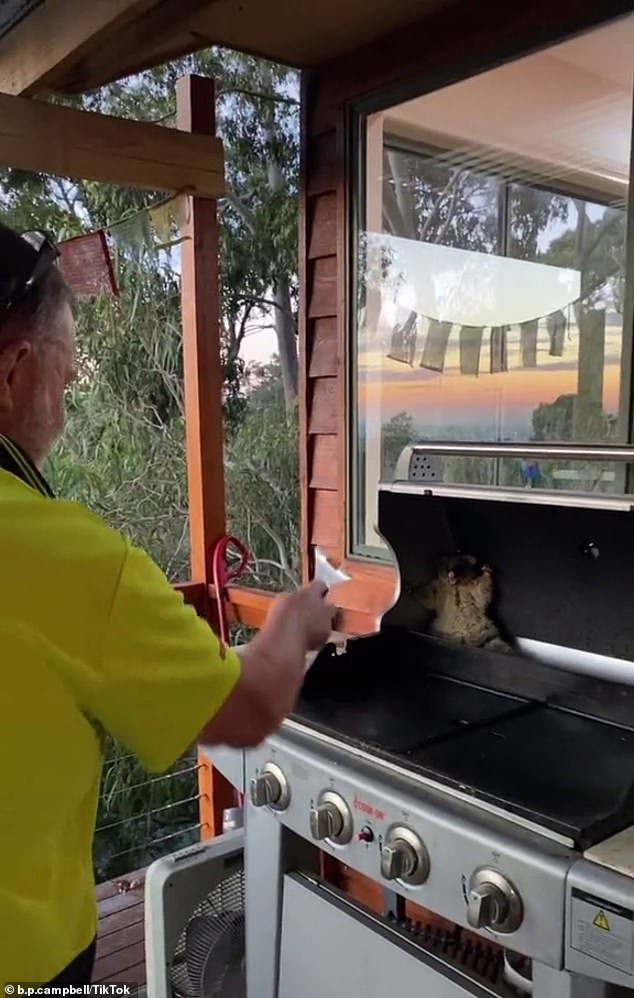 ‘Common buddy, its barbecue night,’ he said as the possum extended its two arms over its head.

But the marsupial silently opened its mouth in protest as the tradie quickly knocked on the grill again.

‘We’re talking burgers, get out go on,’ he said while gesturing for the possum to move with the utensil.

The family said they ended up encouraging the marsupial to hold onto the end of a broom before placing him back in a tree.

The hilarious video has left other Australian’s unsurprised at the adorable encounter. 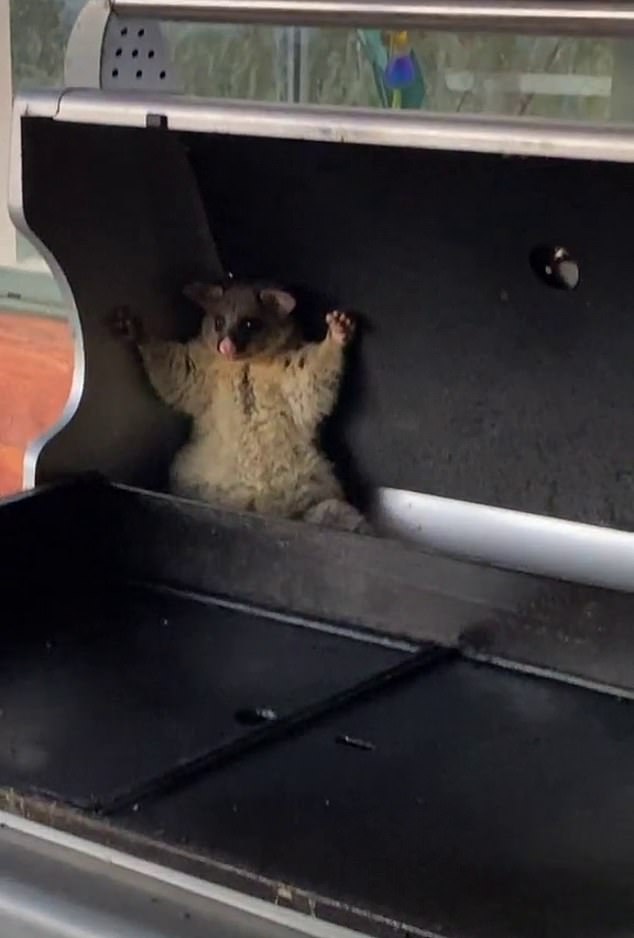 ‘Poor thing is surrendering with his little arms up,’ one user commented on TikTok.

‘Most Australian thing I’ve ever seen,’ another wrote.

‘He wanted a high-five and you left him hanging,’ another said.

How to stop possums from entering your home:

3. Secure your compost and veggie patch

5. Trim trees and branches close to your home

8. Deter possums with particular plants like mint, geraniums or banksias

9. Provide a separate food source for them in your garden

10. Spread garlic around your garden