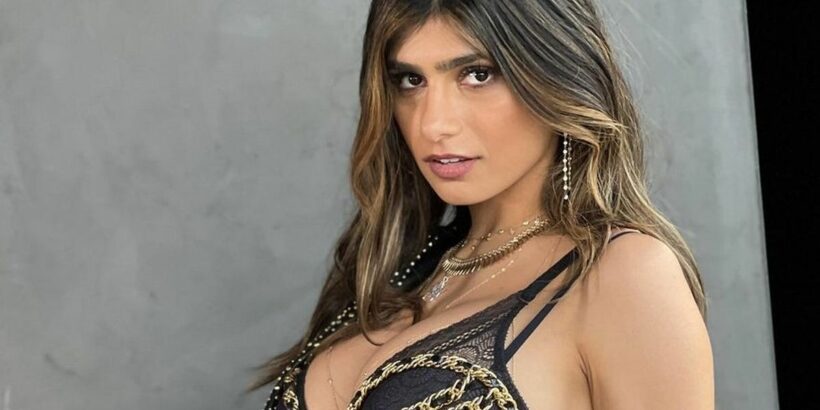 The OnlyFans model, 29, is currently visiting London and yesterday (September 13) appeared kitted out in a strawberry-motif suit for an array of snaps on Instagram.

Mia set her location as London Calling, a reference to The Clash's classic, while adding the lyrics "a nuclear era, but I have no fear" in the caption.

She also shared some of the images on Twitter for her 4.7million followers to enjoy, captioning them "let me take you down, cause I’m going to…" in reference to The Beatles song Strawberry Fields Forever.

One of the people to reply was journalist Ash Sarkar who linked another tweet, showing a red telephone box draped in black, surrounded by flowers and with crown pinned to it – clearly decorated in reference to the Queen's tragic passing.

Mia replied "I know now, tweet sent from Tower of London" – suggesting that she'd been locked away for posing with a telephone box not draped in mourning dress.

In other Instagram snaps, Mia has been seen taking in some of the capital's famous monuments, namely "Big Benjamin" as she called it.

She made a reference to her rear as she penned "double decker and double cheeked" whilst standing between two London buses.

Mia also shared a video where she ran into a street before abruptly stopping, captioning it "running into oncoming traffic, realizing I looked the wrong way again" as she adjusts to how the UK's road laws differ to the US.