The poster, outside the old Royal Adelaide Hospital site, features an image of five silent women listening to a man. 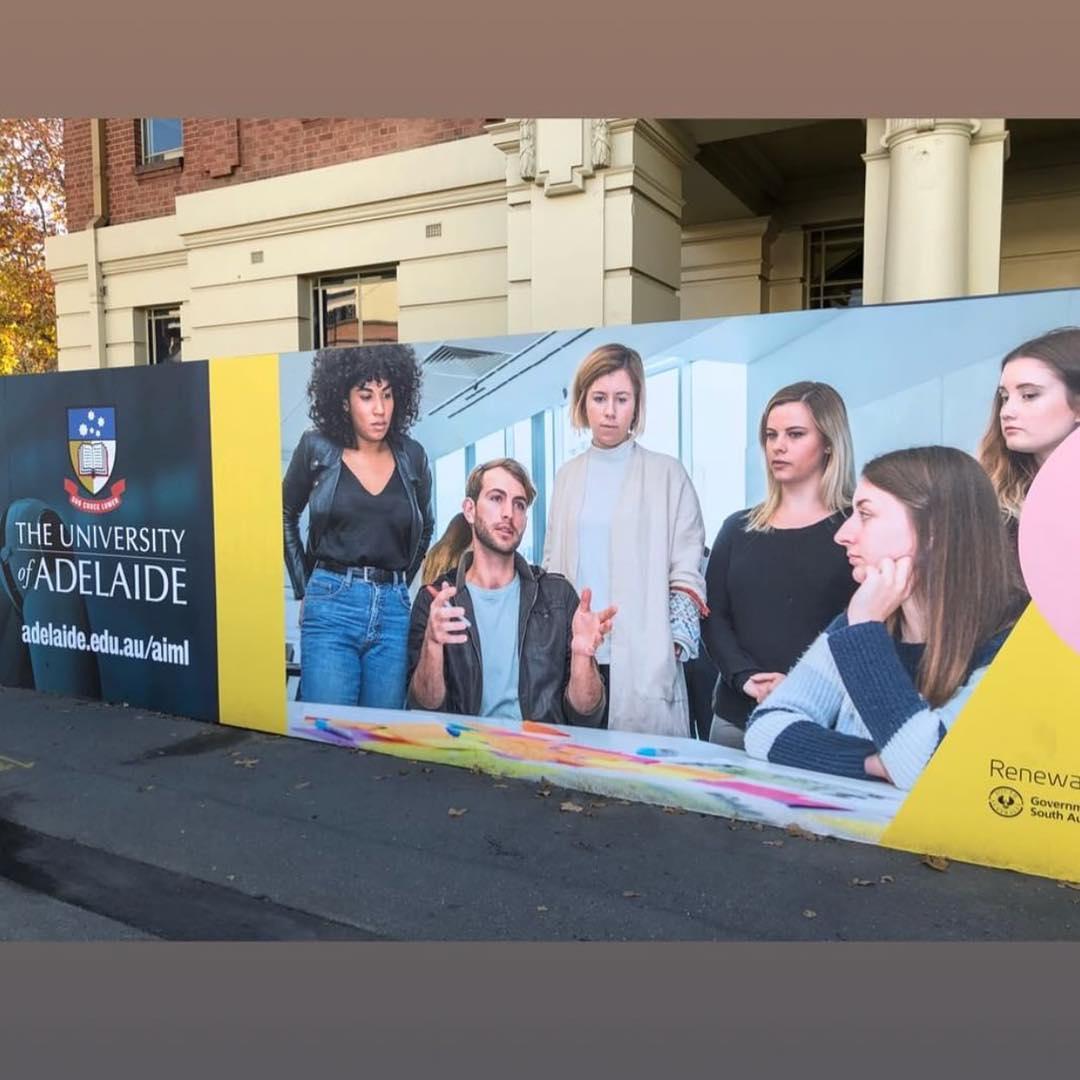 It sparked fury on social media with some claiming it was “sexist” and thought up “in a room full of men”.

“Mansplaining” is used to describe men who explain something, usually to women, in a patronising way.

However the university was quick to distance itself from the poster, which came from South Australia government agency, Renewal SA.

A spokesman said: “The photo of the hoarding has been deliberately angled and cropped to suggest that the image is directly related to the University, which it is not.

“The photo in question on the Renewal SA hoarding is not a university image.

“It was not supplied by us. It was not approved by us. The people depicted in that photo are not University people.”

Renewal SA works on urban development projects for the government of South Australia and is redeveloping the former Royal Adelaide Hospital, where the poster was erected.

The image was posted to Instagram with the caption: “Adelaide's innovative education precinct is now offering a Master of Mansplaining.”

Commentators on social media were divided over whether the advert was a case of “mansplaining” or if people were too easily offended.

One user said: “I’ve been walking past this poster for months and wondering what the hell the marketing people responsible for this were thinking!!”

"How was this image approved?!" another said, while one suggested "it was a room of men who came up with that ad".

But others claimed it was a case of “political correctness gone crazy”.

“Bet if it was five males and one female in same scenario no one would bat an eyelid,” one commented.

James Dunn wrote on Twitter: “As a feminist myself I find this ridiculous. So is a man no longer allowed to discuss ideas with women? If the roles were reversed this wouldn't be an issue. Men are allowed to explain things to women and discuss ideas and vice versa.”

One said: “People need to get a life.”

Sun Online have contacted Renewal SA for a response.