Asylum seeker, 17, suspected of killing his girlfriend, 16, in Austria had been allowed to stay in the country because he was wanted for murder in his native Afghanistan

An Asylum seeker suspected of killing his 16-year-old girlfriend in Austria had been allowed to stay in the country – because he was wanted for murder in his native Afghanistan.

Saber Akhondzada, 17, is wanted for murder in Afghanistan and is believed to have knifed his Austrian girlfriend to death in the city of Steyr.

Akhondzada, who arrived in Austria between 2015 and 2016, handed himself over to police in Vienna yesterday but will not face deportation because Austria does not deport people facing a possible death sentence. 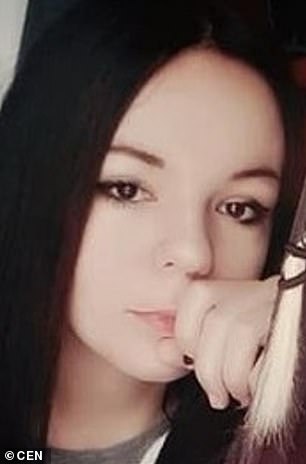 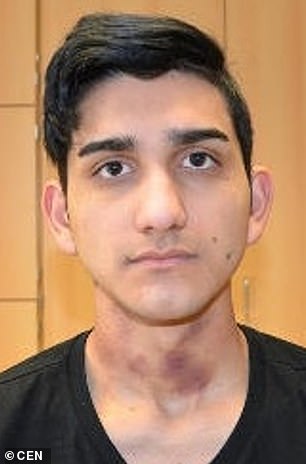 Saber Akhondzada handed himself over to police in Vienna yesterday. The asylum seeker is believed to have stabbed his 16-year-old girlfriend (left) to death out of jealousy

According to Michelle’s family, there were repeated conflicts between the couple as the Afghan national tried to limit his girlfriend’s movements and banned her from talking to other men.

In the evening, Michelle’s mother went to check on her daughter who was in her bedroom with Akhondzada at the time.

The mother and older sister could not open the bedroom door because it was blocked by a cabinet, but they eventually managed their way in only to discover Michelle’s lifeless body.

Akhondzada had already reportedly escaped through the window.

An autopsy showed the teenage girl died from two stab wounds in her back, with one stab puncturing her lung.

State prosecutor Andreas Pechatschek said, ‘If we expect an indictment and a conviction for murder, the suspect can get up to a maximum of 15 years imprisonment’. 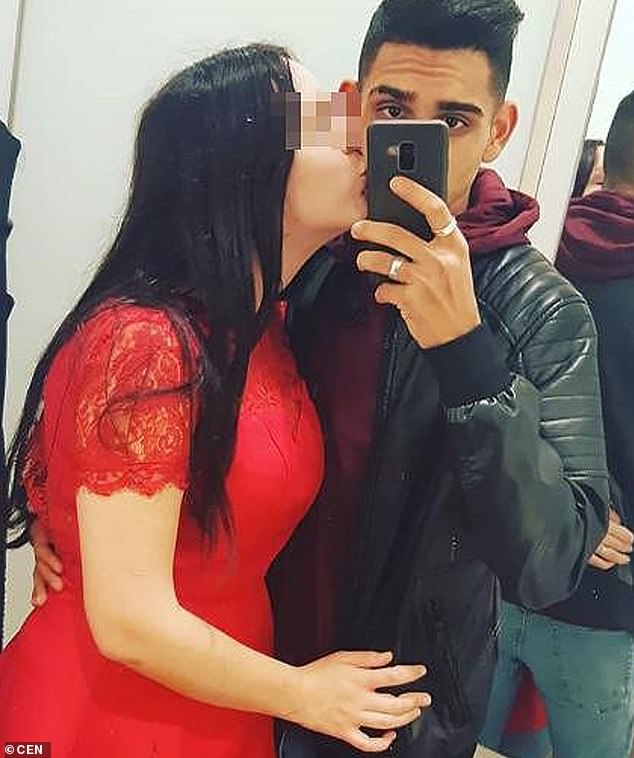 Suspect Saber Akhondzada and Michelle F. pictured together. The victim’s family said the couple had recurring fights as the Afghan national tried to limit his girlfriend’s movements and forbade her from talking to other men. The couple had met on Facebook 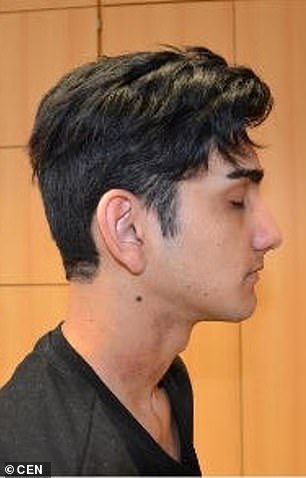 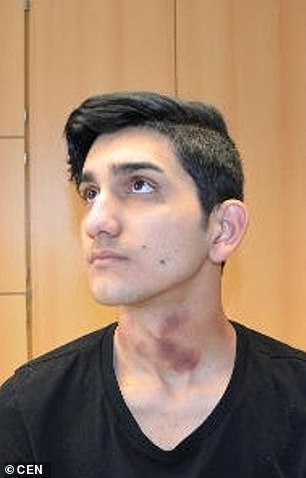 Akhondzada told his victim’s brother that he escaped Afghanistan because he had committed a murder, but Austrian authorities could not deport him to his home country based on human rights grounds.

According to local media, Akhondzada arrived in Austria in the spring of 2016 after being brought into the country by human traffickers, but his asylum application was later denied.

Akhondzada told Michelle’s brother that he had to flee from Afghanistan because he had committed a murder, but Austrian authorities were not allowed to deport him to Afghanistan based on human rights grounds.

Thomas Stelzer, of the conservative Austrian People’s Party, said, ‘we have a problem with rising criminality in young asylum seekers’, adding that the problem can be especially seen among young Afghans.