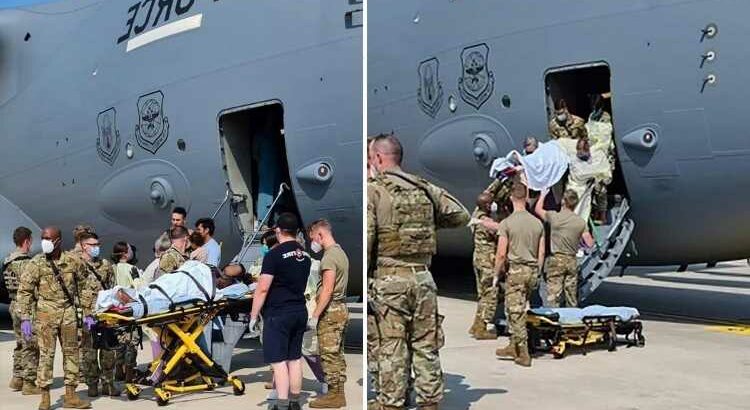 AN AFGHAN refugee fleeing the terror of the Taliban has given birth to a baby girl in the cargo bay of a US military plane after escaping Kabul.

The US Air Force said the woman went into labour and and began to experience complications during an evacuation flight on Saturday from a staging base in the Middle East. 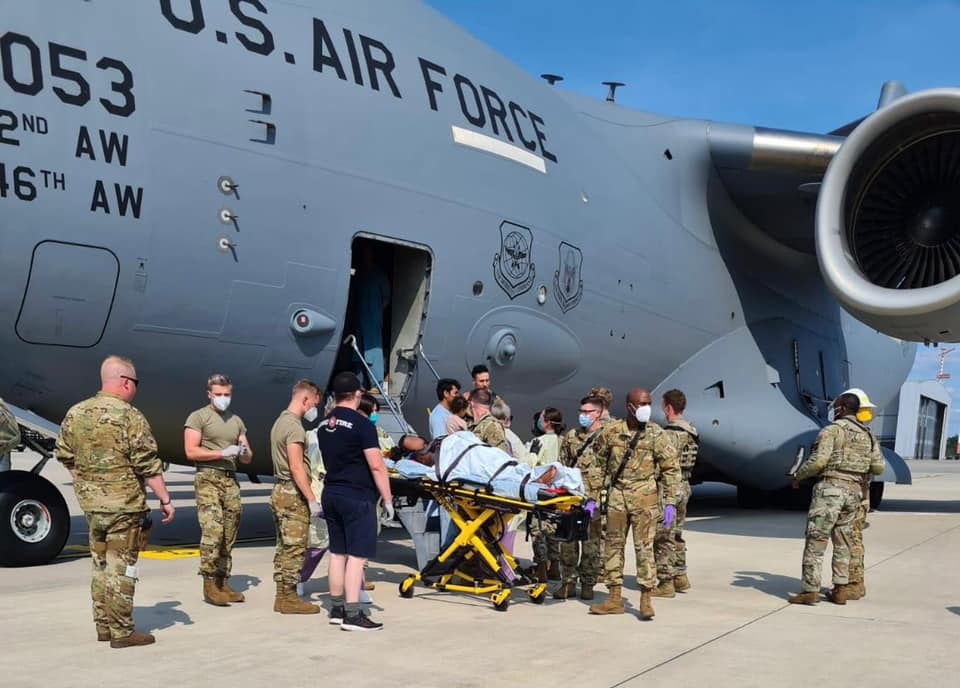 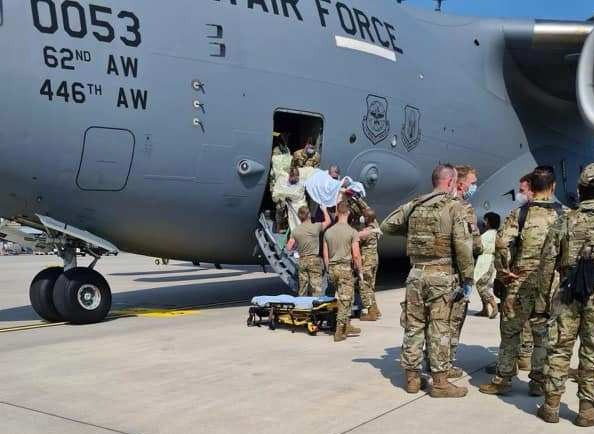 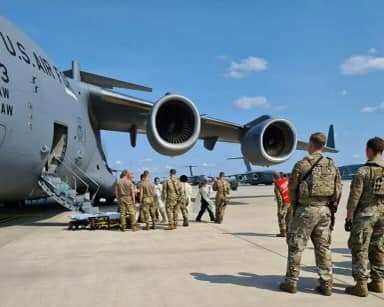 "The aircraft commander decided to descend in altitude to increase air pressure in the aircraft, which helped stabilise and save the mother's life," the US Air Mobility Command said on Twitter on Sunday.

After landing at the Ramstein base, US military medics helped the woman deliver her baby in the cargo hold of the US Air Force C-17.

Images released by the US military showed the mum lying on a stretcher being carried off the plane by troops at the base in southwest Germany.

The US Air Force said the mum and baby were transferred to a nearby medical facility and both are in "good condition".

A week after the Taliban seized power in Afghanistan, troops are continuing to rescue as many people as possible from Kabul airport as thousands flee the terror group.

About 17,000 people have been evacuated by the US, including 2,500 Americans, the US government said earlier. 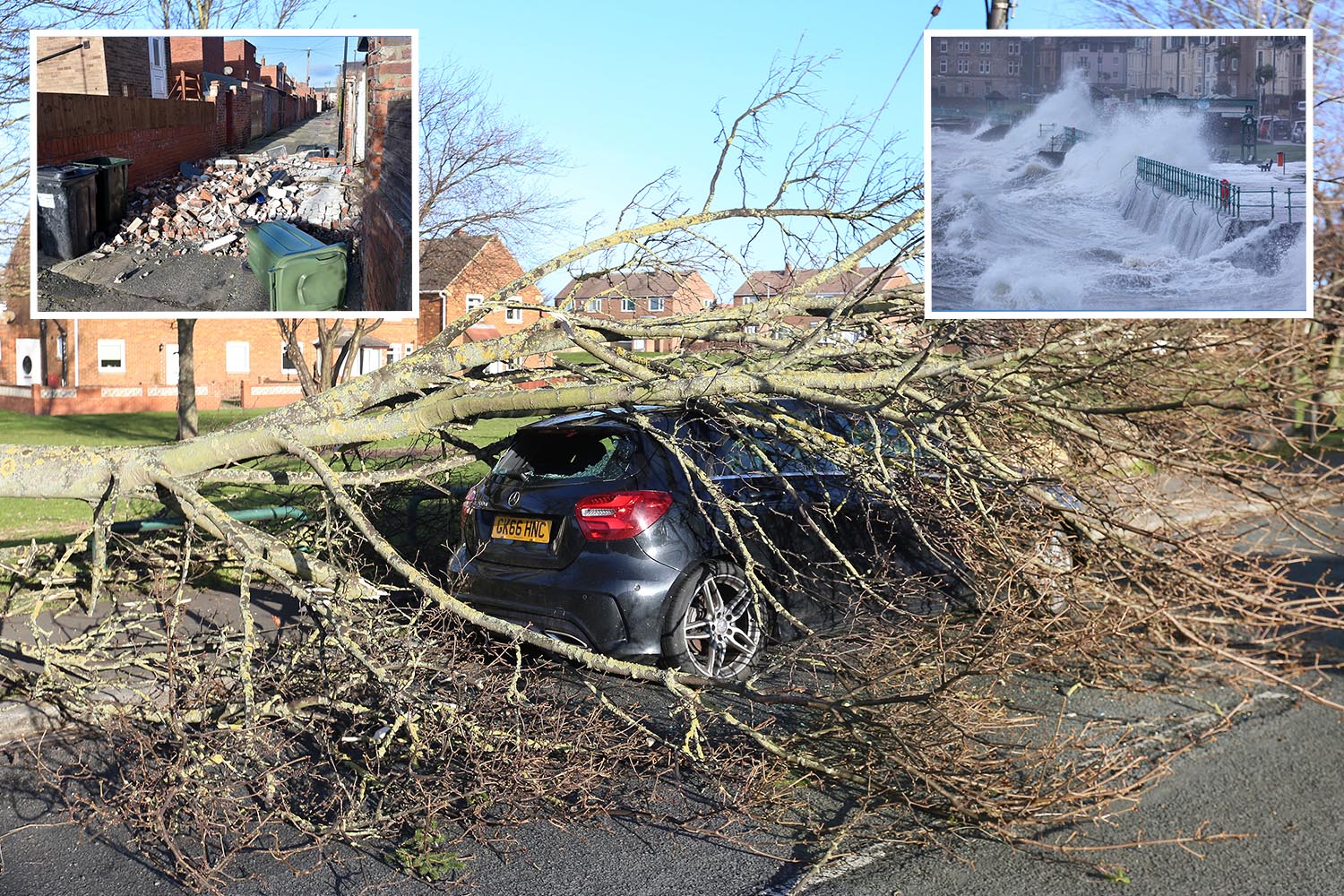 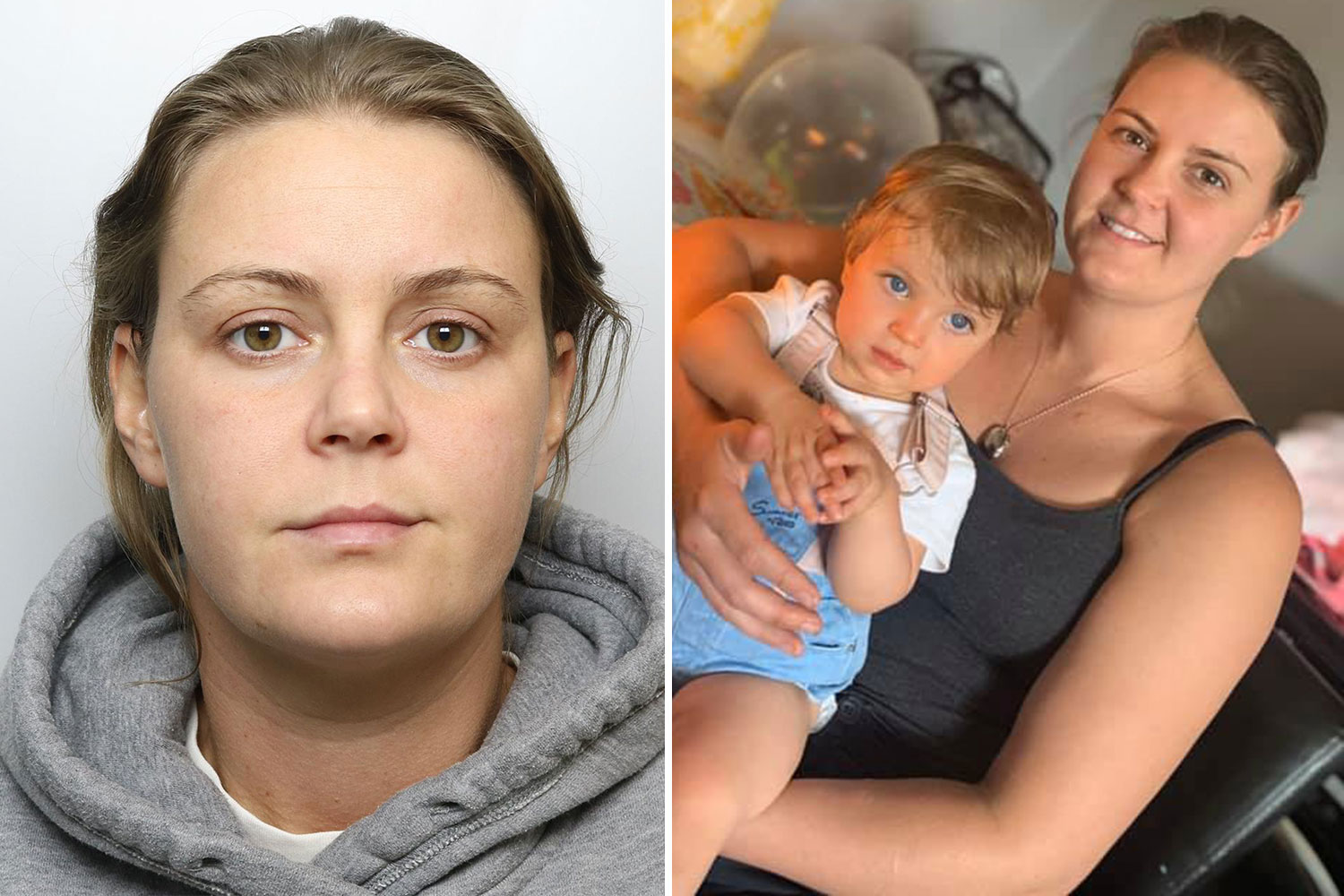 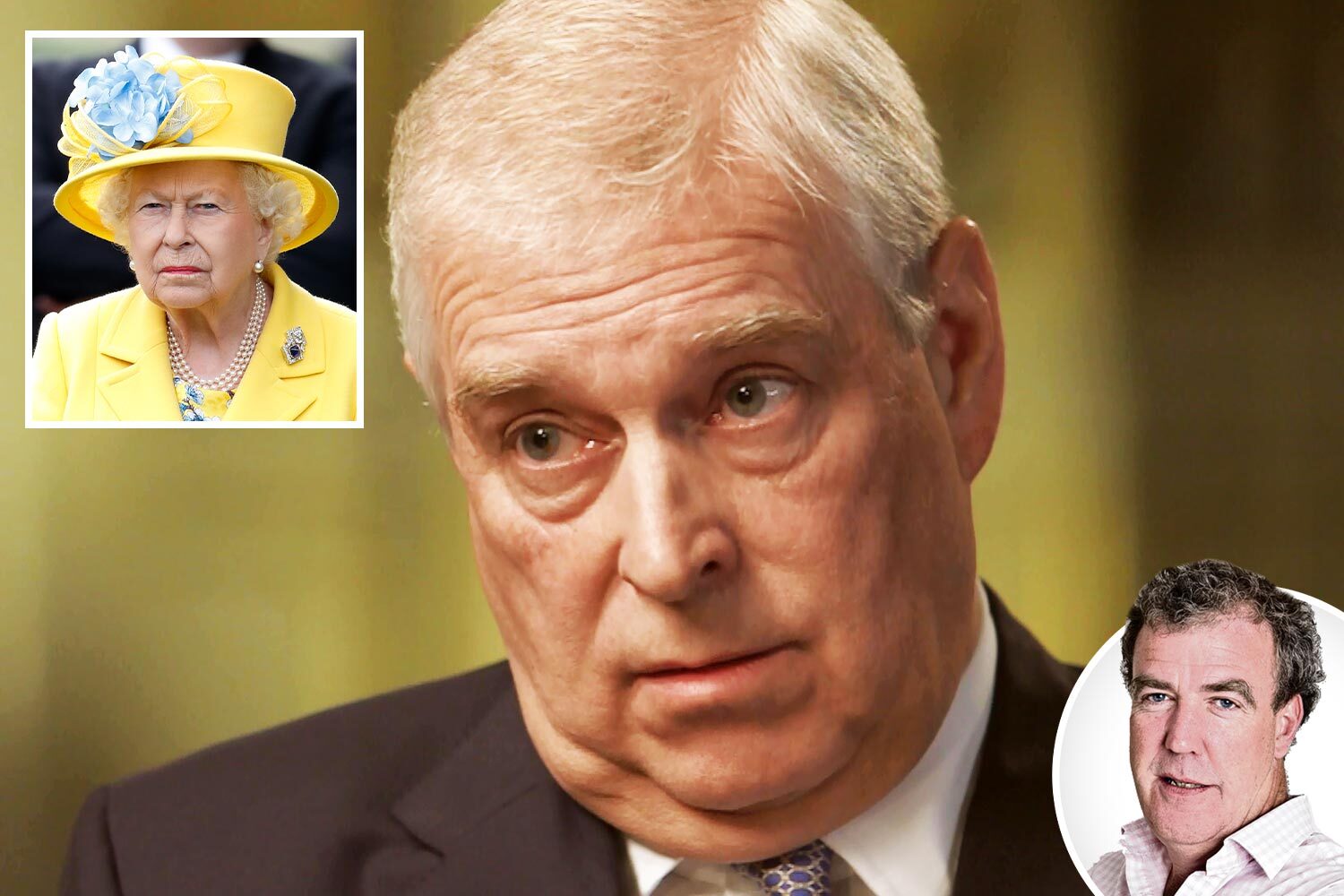 The US got the green light from Berlin for some of the evacuees to be directed to Germany, where it has a number of bases.

Around 1,150 people landed at the Ramstein base on Saturday and they are expected to depart for the United States within days.

Meanwhile, military planes making evacuation runs into Kabul are dropping flares and carrying out nose dive combat landings as its feared terrorists may try to shoot one down.

US military planes are now doing rapid, diving combat landings at the airport surrounded by Taliban fighters to try and beat the threat of a missile attack.

And video showed a French military transport plane yesterday deploying flares, which are designed to confuse heat seeking technology that allows the weapons to look on.

It is feared the Taliban may use stolen heat seeking missiles to try and bring down the refugee planes which are carrying hundreds of men, women and children.

Security warnings have been issued by the US embassy as officials described the threat from ISIS as "significant" – urging their citizens not to travel to the airport without official instructions.

"There is a strong possibility ISIS-K is trying to carry off an attack at the airport," a US official told CNN.

Kabul airport remains the one escape route for the thousands of families and workers who want to escape from the ruthless rule of the Taliban.

At least seven people – including a toddler – were killed yesterday in a horrific crush outside the compound as refugees stand unprovisioned and sweltering in heat of up to 31C.

The scale of this effort is enormous and is without a doubt the biggest international challenge I have worked on as a diplomat.

NATO have said they believe at least 20 people have been killed during the Kabul air lift since it begun on Monday.

US soldiers and British paratroopers are attempting to keep order amid the chaos.

Sir Laurie Bristow, Britain’s ambassador in Afghanistan, said: "The scale of this effort is enormous and is without a doubt the biggest international challenge I have worked on as a diplomat.

"Lives are at stake and I am incredibly proud of the tenacious efforts of my team during these challenging times, with military and civilian staff working together to successfully evacuate thousands of people in the last week.

"We will continue to work tirelessly to get British nationals, Afghan staff and others at risk out of the country as quickly as possible as we also support Afghanistan's long-term future." 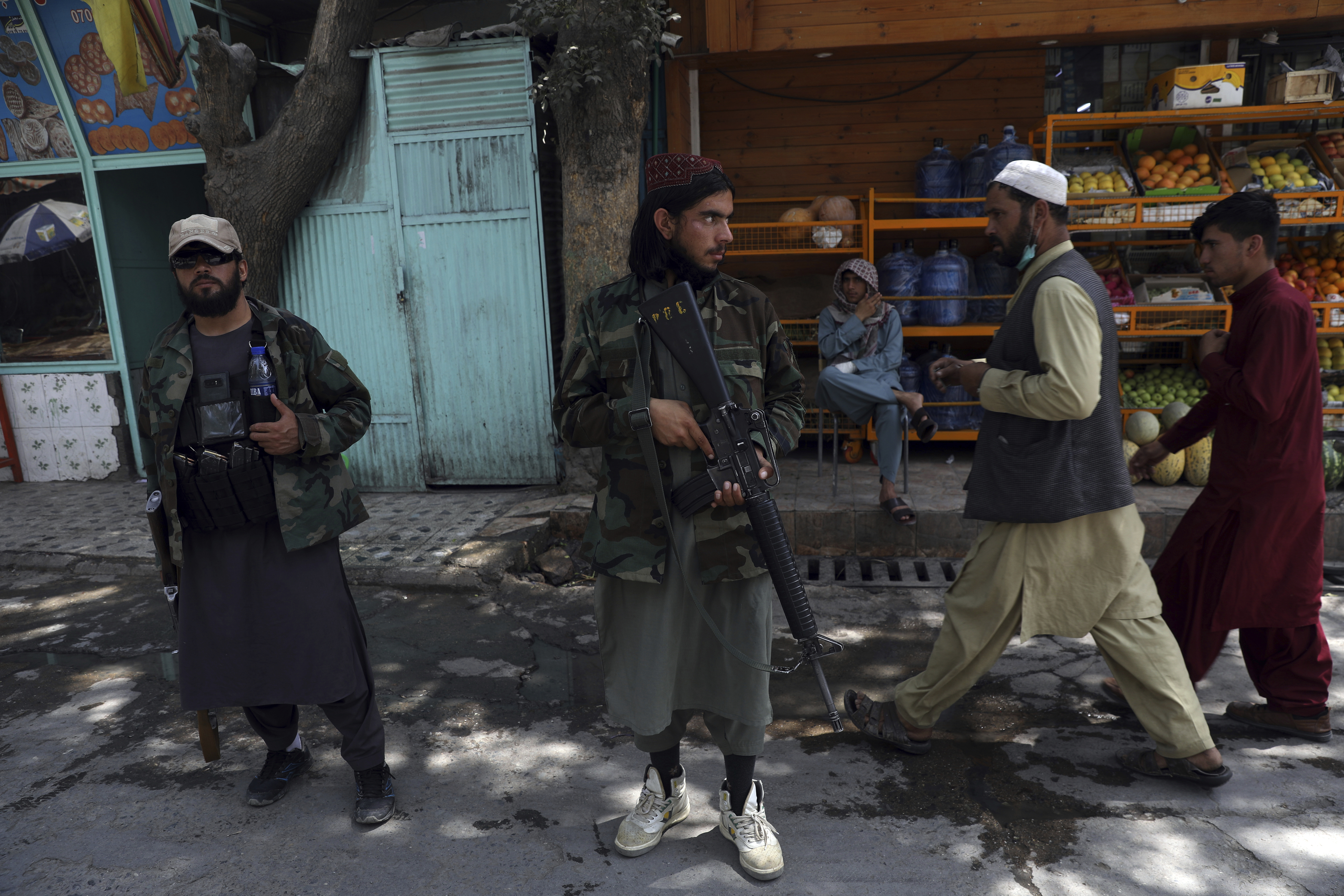 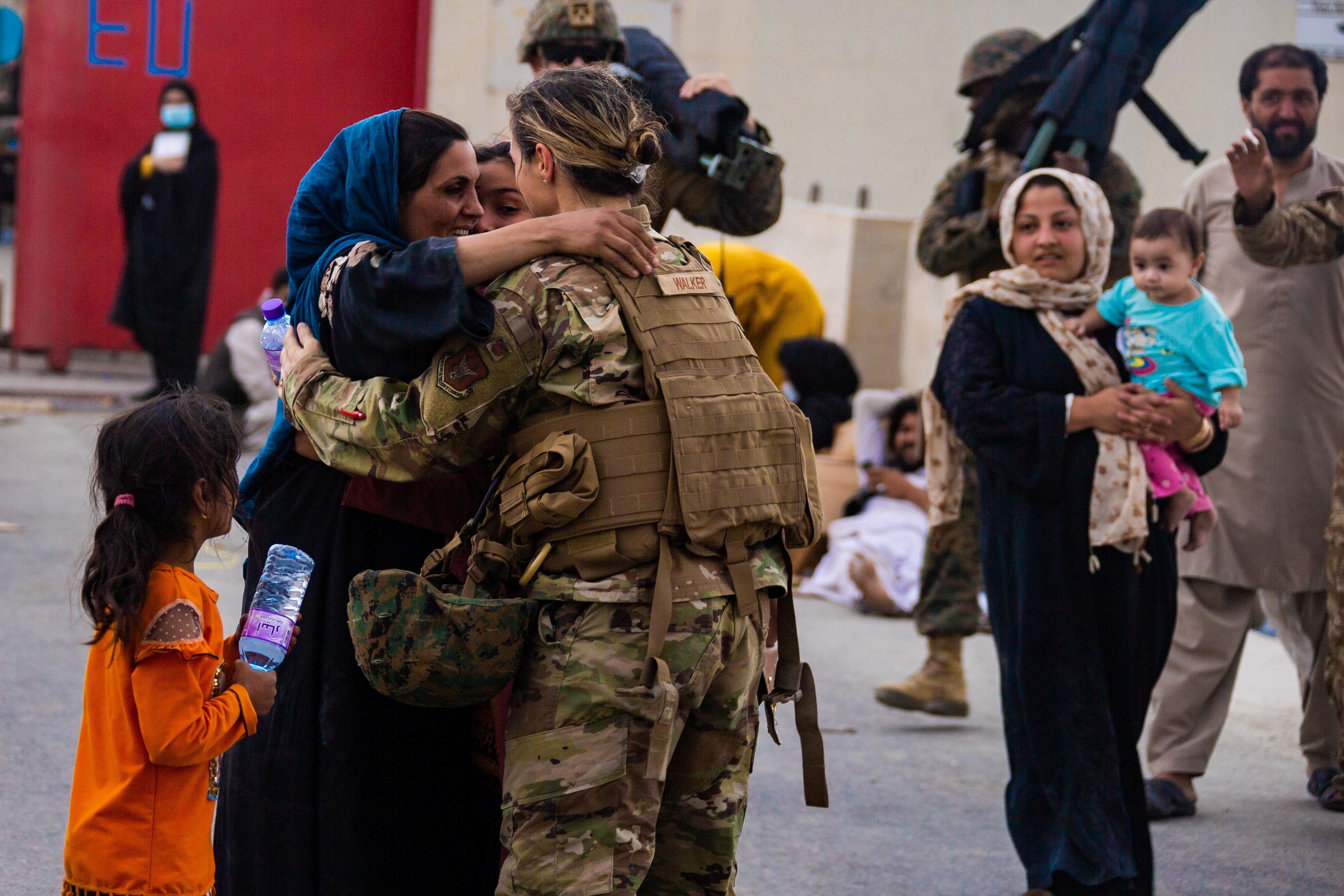 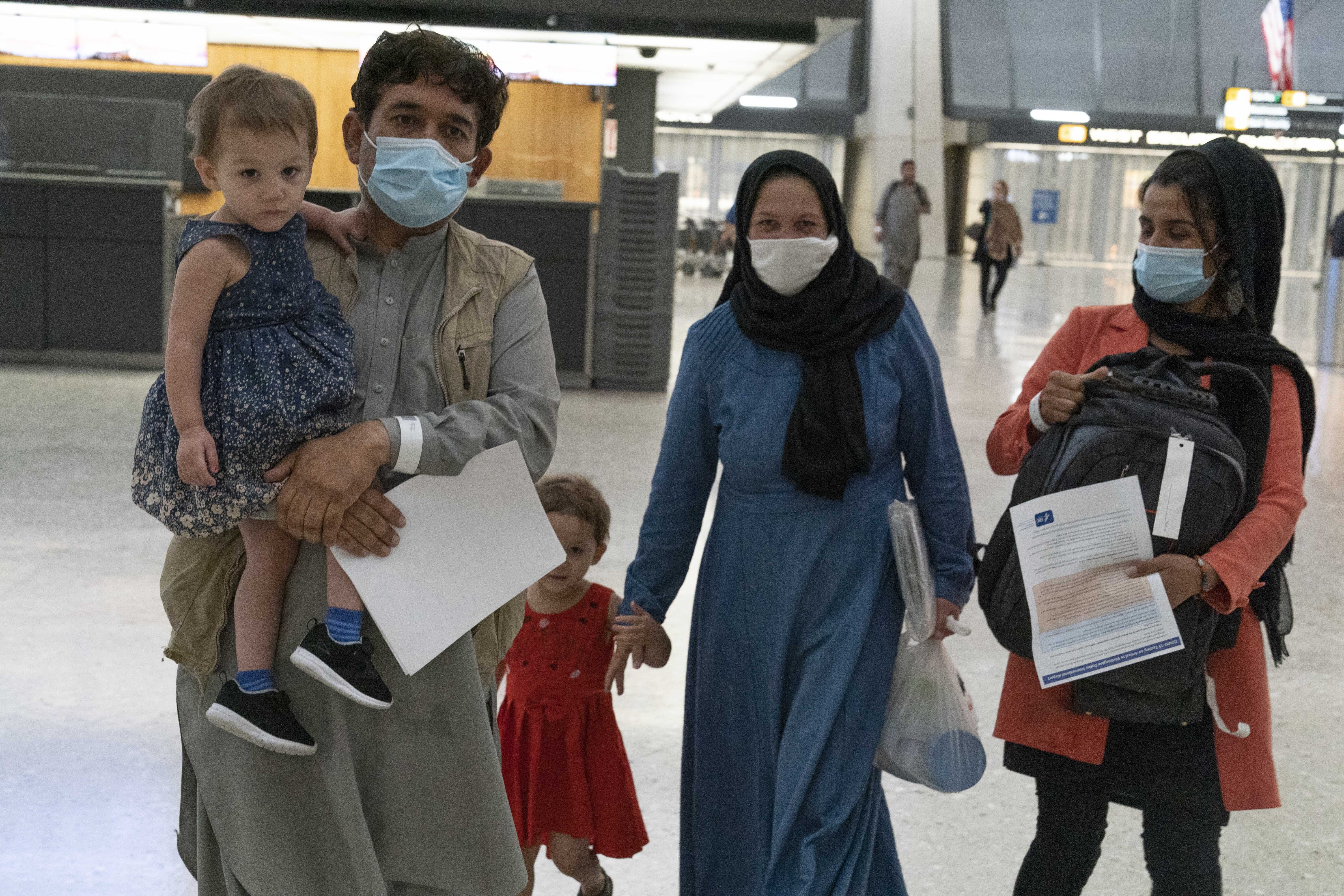