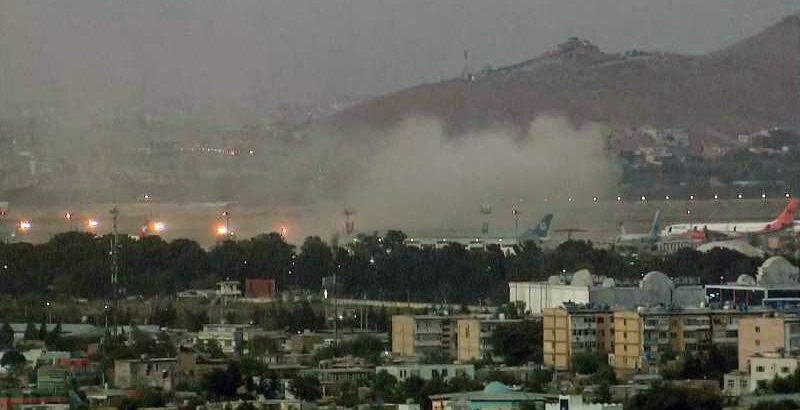 Two explosions have taken place outside Kabul airport amid the evacuations of thousands of people from Western nations, with Taliban officials claiming at least 13 people have been killed, including children.

UK defence sources said one of the blasts took place by a hotel where British troops and journalists have been staying, followed by small arms fire, while the second one was by Abbey Gate.

The Pentagon press secretary said the attack resulted in “a number of US and civilian casualties” but the exact figure remains unclear. 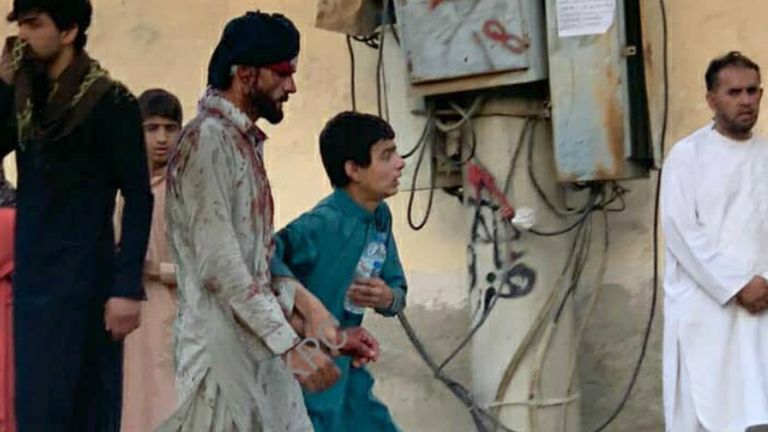 A British defence source said it is “highly likely” that Islamic State Khorasan (ISIS-K) was responsible for the suicide attacks outside Kabul airport.

Witnesses cited by the Associated Press news agency reported seeing several people who appeared to be killed or wounded. 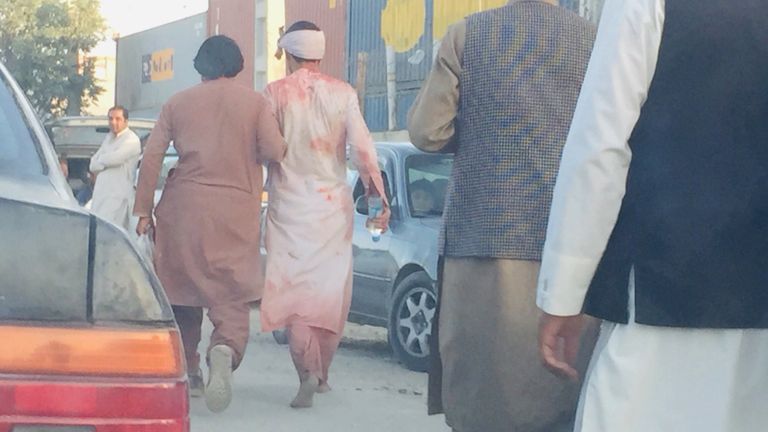 President Joe Biden was briefed on the explosion, the White House said.

A No.10 spokesperson confirmed Prime Minister Boris Johnson has been updated on the situation at the airport in Kabul and said he will chair a COBRA meeting later this afternoon.

Live updates on the situation in Afghanistan as the evacuation continues

Sky News chief correspondent Stuart Ramsay, who was reporting from the location just over 24 hours ago, said his sources had told him the explosion was caused by a suicide bomber blowing himself up in a canalway.

“It was so very clearly a dangerous place to be because of the numbers of people coming through, and the fact that there are no real checks on what people are carrying or wearing to get through into this canal area.”

Ramsay said the attack “is not inside the airport proper, is on the perimeter wall of the airport, and it’s one road that leads to the processing area which is initially set up by the British.” The explosion came after warnings earlier in the day that a “very lethal” terror attack could occur at the airport in a matter of hours.

Following the explosion close to Kabul airport, the Ministry of Defence tweeted: “We are working urgently to establish what has happened in Kabul and its impact on the ongoing evacuation effort.

“Our primary concern remains the safety of our personnel, British citizens and the citizens of Afghanistan. We are in close contact with our US and other Nato allies at an operational level on the immediate response to this incident.”

Sky News foreign affairs editor Deborah Haynes said she previously spoke with an Afghan interpreter who was waiting outside Kabul airport with his three-month-old baby daughter, three-year-old son and his wife.

He had been waiting five days to be processed and had all the correct documents. 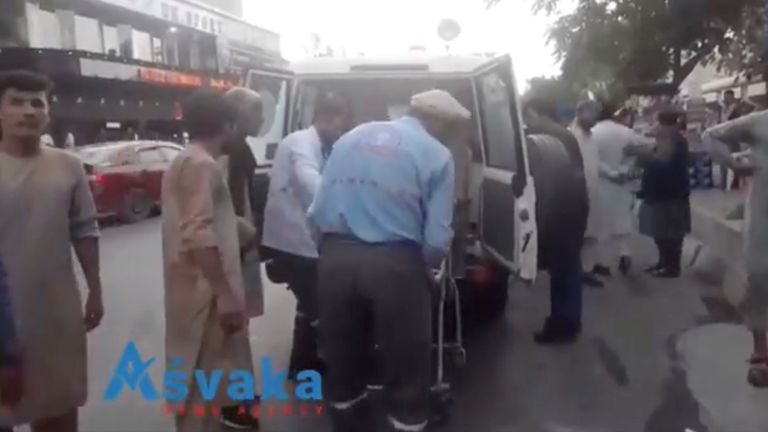 Haynes was unable to get in touch with him after the blast but has now managed to make contact.

Conservative MP for Wealden, Nusrat Ghani, said on Twitter that she was on the phone to “an Afghan outside the airport when he heard the explosion.”

She added: “Praying that he gets away safely and we get his family safe passage out of this nightmare”.

Shadow foreign secretary Lisa Nandy described the incident as “an appalling and cowardly attack on those already fleeing unimaginable horrors”.

“My thoughts are with the Afghan people and the British, US and international personnel who have remained at the airport to save as many lives as possible”, she added.

The UK, the US and other nations have been moving to end the evacuations of tens of thousands of citizens ahead of the 31 August deadline.