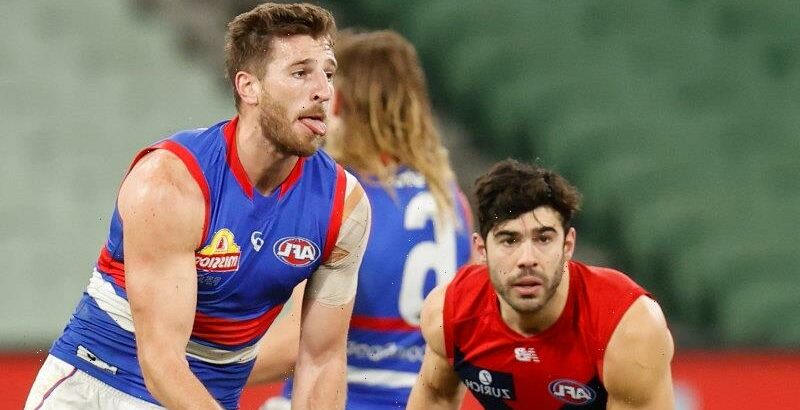 The city lights up with fans waving their club’s scarves and there’s a palpable buzz in the air. Whether you’re queuing up for a coffee, chatting with a shop assistant or debating with strangers in the pub, everyone has an opinion on who’ll get the Cup and why they deserve to win. 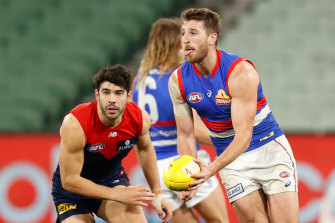 The Melbourne Demons will take on the Western Bulldogs in the grand final.Credit:Getty Images

But not this year.

Just like 2020, the Victorian capital is sheltering under a COVID-19 lockdown the means the AFLM decider has been sent elsewhere – this time to Optus Stadium in Perth/Whadjuk region.

I’m missing all that excitement and energy on the streets, and I’ll feel the absence of the grand final parade and big showdown being here at home come September 25.

House fences in Melbourne are still being painted in team colours and Gawn or Bontempelli posters plastered in windows, but the silence of Swan Street will be heartbreaking, even to those further than five kilometres from the usual sirens and cheers.

​​What’s more is this year it’s two Melbourne teams, the Demons and Western Bulldogs, who’ve made it to the grand final. My heart aches for those fans who can’t enjoy the moment in history as they otherwise would have if not for COVID.

Yet, on a personal note, at least as an Essendon fan I haven’t had to miss cheering on my team to a finals win in the last two (or 17) years.

But in all earnestness, I’m glad that given the circumstances (which I’m not glad about) another state’s capital city gets a turn. Balancing Melburnians’ sadness is the excitement and joy of Perthians.

Sixty-thousand of them will get to fill Optus Stadium to see the big showdown live and loud, and it’s pretty hard not to be happy for them. When I asked a mate how West Aussies are feeling about hosting the game, he replied simply with, “They’re stoked”. 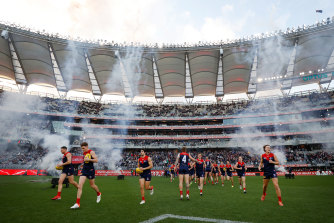 And after all, it is a national league. Why shouldn’t more capital cities get a piece of the grand final pie? AFL Media’s chief correspondent, Damian Barrett, floated the idea on the AFL Daily podcast that perhaps the grand final should be held in a non-Victorian capital city every five years or so.

It’s not the worst idea I’ve heard. Just like in the AFLW, which has so far had grand finals in Adelaide, the Gold Coast and Melbourne, it would spread the joy, excitement, adrenaline and fanfare further across the nation – and hey, might even pick up a few more followers along the way.

Plus, it would mean having AFLM finals at the ’G would be even more special for those in Victoria.

Last year, The Gabba showed it’s up to the task of hosting the decider and if the game in Perth proves a success, it makes for a pretty compelling case to share the grand final. 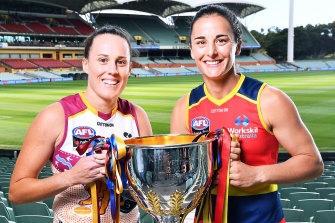 Yes, the current deal with the Victorian government to have the grand final at the MCG until 2057 would have to be reworked. But hey, COVID is proving nothing is truly certain.

As for me this year? Well, I’ll be plonking myself on the couch in front of the TV, sharing a homemade platter and plenty of cans of beer with my housemate as we cheer on the Dees (although we won’t be too upset to see Bont and Bailey with medals around their necks either).

We’ll also overcook some chips and either under or oversalt them, then cover them in a huge splattering of tomato sauce, to pay tribute to how they do ’em at the ’G.

Marnie Vinall is a freelance writer based in Melbourne.