Nouakchott, Mauritania: African heads of state have pledged to coordinate efforts to improve the continent's security and defeat jihadist groups, particularly in Nigeria and the Sahel region, during talks at the 31st African Union summit held in Mauritania's capital. 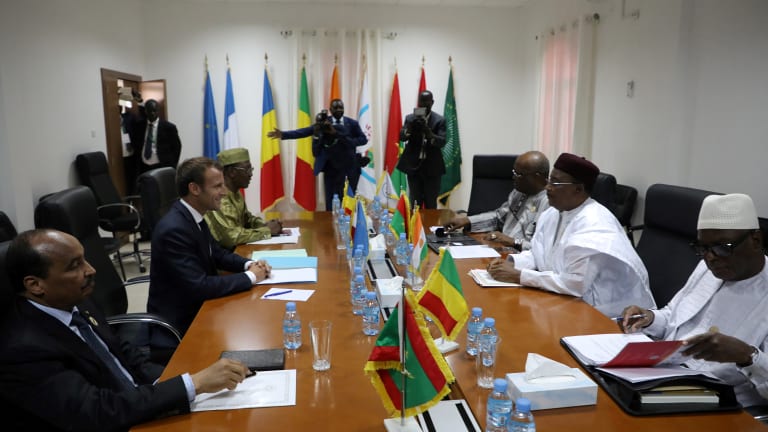 The meeting comes as al-Qaeda's Mali branch claimed responsibility for three attacks in three days in Mali. The first was on Friday at the G5 Sahel military headquarters. Then on Saturday Malian soldiers were attacked by land mines, and on Sunday a suicide bomb aimed at French soldiers, killed four civilians. Both presidents condemned the attacks.

Aziz said that relations between Mauritania and France have made "significant progress in several vital areas such as defense and security, energy and health in particular." 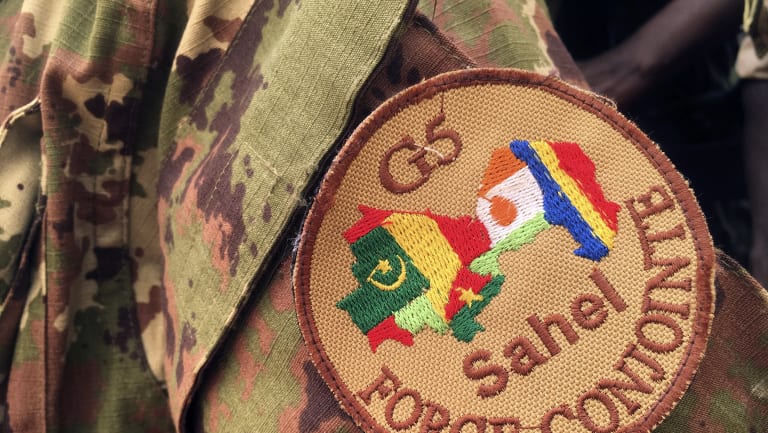 A member of the Army stand guard at the entrance of the headquarters of a new five-nation West African counter-terror force, in Mali.

He said Macron has supported the newly formed G5 Sahel regional force that has become an important framework for coordinating efforts to promote development and to fight against extremism, organized crime and illicit trafficking.

Macron was to meet with the presidents of the G5 Sahel group formed last year, which includes Mauritania, Niger, Mali, Chad and Burkina Faso.

"This exchange will be an opportunity for me to mark my commitment to renew the link between France and the African continent, between Africa and Europe but also to rethink this link in a concrete way, as we are doing between others on issues of security, counter-terrorism and education," said Macron.

He said that concrete decisions would be made during Monday's meetings about the redeployment of forces and their positioning for the comings months.

Aziz on Sunday said that Africa urgently needs a comprehensive approach to deal with extremist attacks that takes into account the cultural and economic issues that are the root causes of the violence.

The African Union summit, on Sunday and Monday, was set up to address the issue of corruption and to discuss a mechanism to return stolen money, which is largely placed in tax havens abroad. The AU says approximately 70 per cent of income from Africa's resources are squandered or diverted.

Speaking of France's relations with Mauritania, Macron stressed that "bilateral relationship between our two countries is not limited to security, even though it is extremely important," adding that he hopes the "we can continue to intensify relations in terms of development projects and economic links." More than €40 million ($63 million) will go to development projects through the French Development Agency in Mauritania, he said.