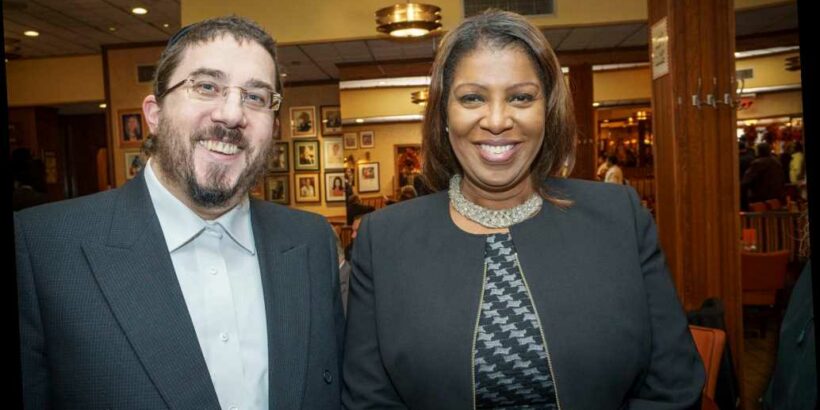 Why everyone isn’t hailing a NYC taxi bailout plan

State Attorney General Letitia James has recused herself from the ParCare vaccination probe “to avoid even an appearance of conflict,” her office told The Post.

James is chummy with the boss of the embattled network, which runs four Brooklyn clinics, one in upstate Kiryas Joel and another in Harlem.

Gov. Cuomo and state Health Commissioner Howard Zucker have accused ParCare of misidentifying itself as a “qualified health center” to obtain the vaccine from the state Health Department.

ParCare said it administered 869 of 2,300 vaccine doses, and handed over the remainder, along with documentation “regarding the proper receipt of the vaccines.” The company denied any wrongdoing, and vowed to cooperate with the probe.

The recusal was announced after questions were raised whether James — a former City Councilwoman in central Brooklyn and NYC Public Advocate — is too friendly with PareCare CEO Gary Schlesinger.

“In order to avoid even an appearance of conflict, the Attorney General has personally recused herself from this matter,” a spokeswoman said in a statement.

A  fixture in the Orthodox Jewish community, Schlesinger was photographed smiling broadly alongside James at a 2015 Democratic Party fund-raiser at Junior’s restaurant in downtown Brooklyn.

In January 2016, Schlesinger posted a Facebook photo of himself next to James and ParCare’s executive team, captioned, “catching up with the energetic NYC Public Advocate Letitia James to discuss healthcare needs of Brooklyn’s underserved communities.”

In  2017, Schlesinger posted a photo of himself and James “celebrating last night with my friend,” calling her the “future NYC mayor.”

In 2018, James ran for state attorney general instead of mayor. Schlesinger was a key supporter of James’ AG campaign, and reportedly was involved in running a PAC to help her get elected.

“I endorse Tish James, who is devoted to fair justice for all and religious liberty which is why I join Jewish community leaders and advocates to endorse” her, Schlesinger posted on Facebook, one of several messages urging followers to vote for her.

The history of Schlesinger’s political alliance with James, and Cuomo plopping the ParCare probe into the AG’s lap, has raised eyebrows.

“No one’s taking it seriously as a threat,” said an Orthodox Jewish resident.  “It’s known she’s very good friends with the Hasidic community. She’s  unlikely to do anything  to jeopardize that relationship.”

AG officials said the Brooklyn born-and-bred James knows a wide range of political and community leaders in the borough, and that her relationship with Schlesinger will not compromise the probe.

“Our office will follow the facts and the law wherever they may lead,” a spokesperson said in the statement.

The offices of Cuomo and Zucker would not explain why the state failed to check ParCare’s credentials before shipping the vaccines.