BEIRA, Mozambique (Reuters) – Rescue workers plucked more survivors from trees and roofs to safety on Thursday, a week after a cyclone ripped through southern Africa and triggered devastating floods that have killed hundreds of people and displaced hundreds of thousands.

The death toll in Mozambique has risen to 217 and around 15,000 people, many of them very ill, still need to be rescued, Land and Environment Minister Celso Correia said, though rescue workers continue to find bodies and the toll could rise sharply.

“Our biggest fight is against the clock,” Correia told a news conference, adding that 3,000 had so far been rescued.

“This is a catastrophe… Cyclone Idai has destroyed so much in an instance and it will take years for people to recover what they have lost,” said Edgar Jone, country director in Mozambique for the Christian aid charity Tearfund.

Helicopters whirred above the turbid, reddish-brown flood waters searching for people to ferry back to the port city of Beira, the main headquarters for the huge rescue operation.

One helicopter returned with four children and two women, rescued from a small football stadium in an otherwise submerged village. One young child, with a broken leg, was alone, and hung limp from exhaustion as rescuers laid him on the grass before moving him into an ambulance.

With more rains forecast, Christian worshippers sang hymns on an empty tract of land where a pulpit was all that remained of their pentecostal church.

“… here in Beira, all the churches have collapsed from this cyclone… Oh my dear brothers, please pray for us,” said Pastor Luis Semente. “Only God can restore this.”

With some flood waters starting to recede, Environment Minister Correia said, the priority now was to deliver food and other supplies to people rather than take people out of the affected areas, although that was also still happening. 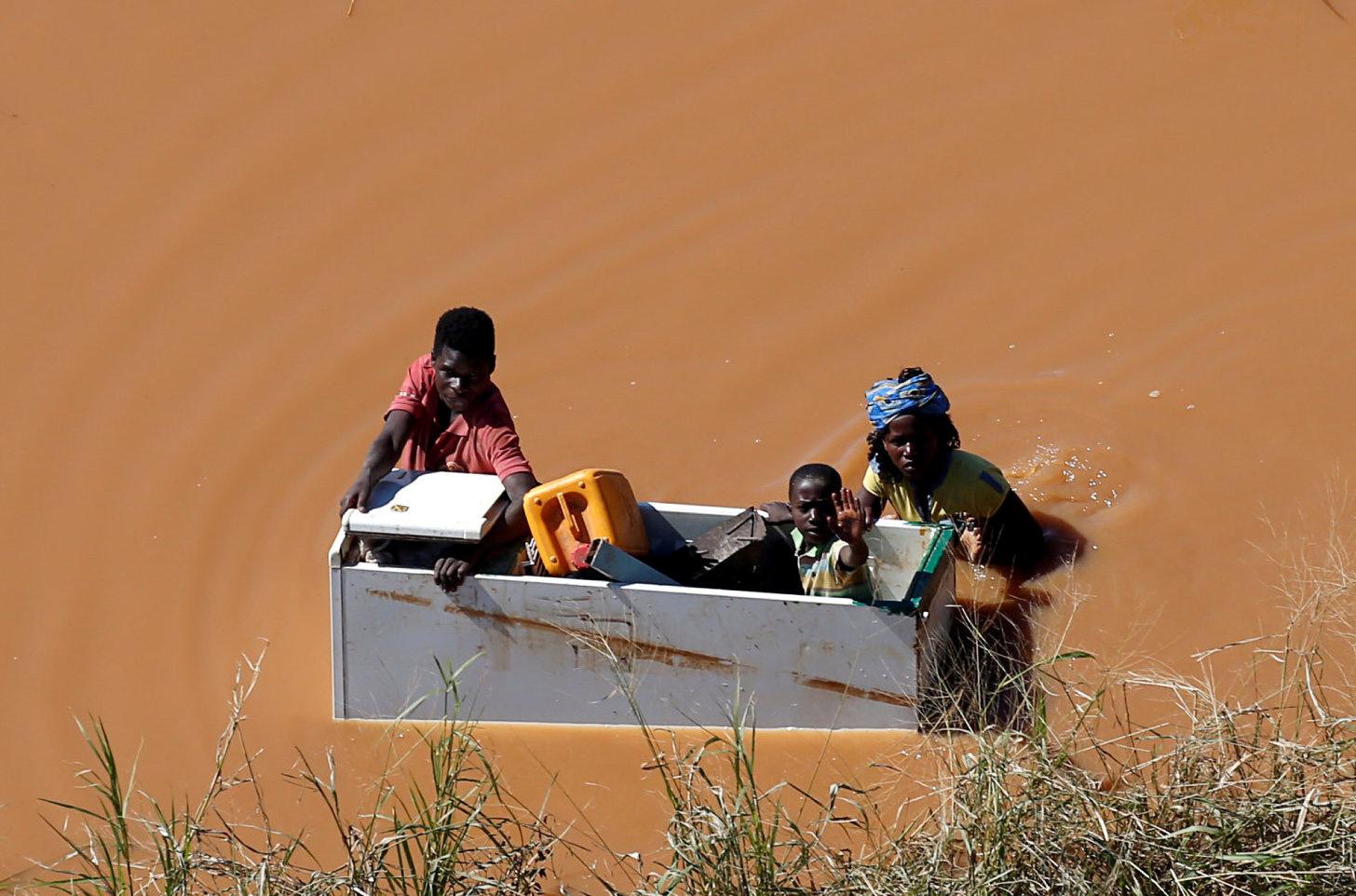 Private TV station STV put the number of people still trapped in risky areas of Mozambique at 350,000 and said as many as 60,000 were believed stuck on roofs, trees and other higher places. The numbers could not be independently confirmed.

Cyclone Idai lashed Beira with winds of up to 170 km per hour (105 miles per hour) a week ago, then moved inland to Zimbabwe and Malawi, flattening buildings and putting the lives of millions at risk.

A key priority for Thursday is pushing into remaining areas affected by the flooding that have not yet been explored, said Connor Hartnady, leader of a South African rescue task force.

Rescuers also want to move people from a basketball stadium near the Buzi river – one of the worst affected areas – to a village on higher ground, where aid organizations are setting up a temporary camp with a capacity of up to 600, he said.

The U.S. military stands ready to help the cyclone rescue effort, a representative of the U.S. Agency for International Development (USAID) said, according to the minutes of a humanitarian meeting held on Wednesday.

The WFP stepped up airdrops of high-energy biscuits and water purification tablets to isolated pockets of people stranded by the floodwaters.

The floods have brought the threat of waterborne and respiratory diseases, including pneumonia.

The charity Tearfund said the timing of the floods was disastrous, with harvesting due to start in coming weeks. Even before the floods, 5.3 million people had been experiencing food shortages, said its Zimbabwe director, Earnest Maswera. 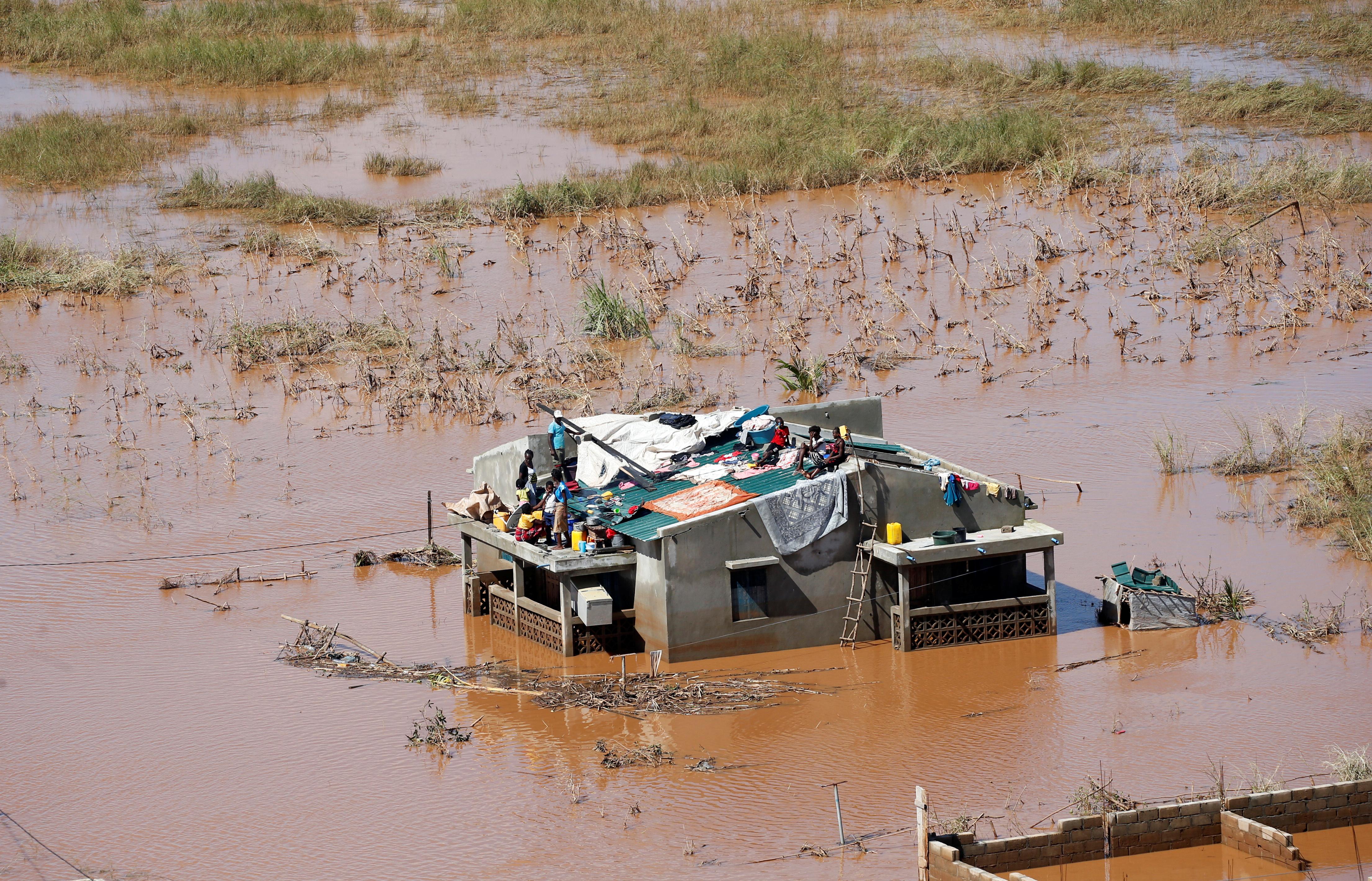 Mozambican President Filipe Nyusi, who declared three days of national mourning starting on Wednesday, has said the eventual death toll from the cyclone and ensuing floods could rise to more than 1,000.

The cyclone knocked out Mozambican electricity exports to South Africa, exacerbating power cuts that are straining businesses in Africa’s most industrialized economy.