Air Force grounds its ENTIRE fleet of B-1 bombers over safety concerns after one plane made an emergency landing, just a month after they were used in airstrikes on Syria

The US Air Force has grounded its B-1 bomber fleet due to an issue with ejection seat parts.

The safety stand-down of the entire B-1B Lancer fleet was ordered by the commander of the Air Force Global Strike Command on Thursday, according to an official statement.

The Air Force said that the stand-down was ordered in response to the ‘safety investigation process’ initiated after an emergency landing of a B-1B in Midland, Texas, on May 1. 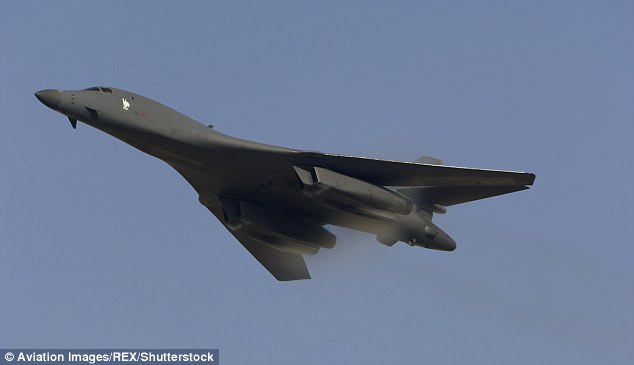 According to the Air Force, ‘an issue with ejection seat components was discovered that necessitated the stand-down.’

The statement continued that the investigation’s ‘purpose is to prevent future mishaps or losses and is comprised of experts who investigate the incident and recommend corrective actions.’

In May, a B-1B Lancer originating from Dyess Air Force Base in Taylor County, Texas, was forced to make an emergency landing, about 150 miles away, at the Midland International Air & Space Port due to ‘an in-flight emergency.’

Although the military did not reveal the specific nature of the emergency, it was reported by KTXS that the the emergency call came in as ‘an engine flameout,’ while an airport staffer noted that the bomber had ‘engine problems.’ 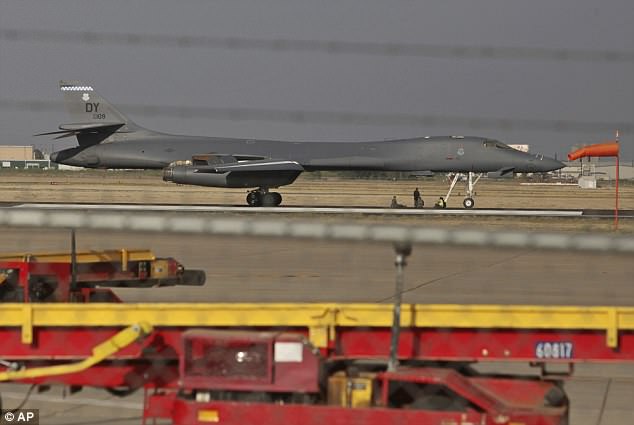 The grounding comes a month after a B-1 Lancer made an emergency landing (pictured) at a Texas airport due to an ‘in-flight emergency.’ No crew members were injured

Dyess Air Force officials said that none of the bomber’s four crew members were injured during the emergency landing and that the plane was not carrying any weapons or ammunition.

Once the ‘issues are resolved,’ the Air Force will return the supersonic, strategic bombers to service.

B-1B Lancers are one of three bombers in the Air Force’s fleet, which also includes the iconic B-2 Spirit, or ‘Stealth Bomber,’ and B-52 Stratofortress.

The B-1B bombers were used in Syria during the April airstrikes, with the bombers firing the stealth cruise missile AGM-158B JASSM-ER over the Mediterranean at a chemical weapons factory in Barzah in northern Damascus, according to reports.

The B-1B Lancer: A key to the US’ long-range bombing strategy

-The B-1 has been deemed the ‘backbone of America’s long-range bomber force.’

-It can rapidly deliver massive quantities of precision and non-precision weapons against any target, anywhere in the world.

-The United States removed the B-1’s nuclear capabilities in 1994.

-The B-1B holds almost 50 world records for speed, payload, range, and time of climb in its class, with its most recent records were made official in 2004.

-It can reach speeds of more than 900mph, traveling Mach 1.2 at sea level.

-It is crewed by an aircraft commander, copilot and two combat systems officers.

-There are 62 B-1B bombers in the active force, with two as test planes.