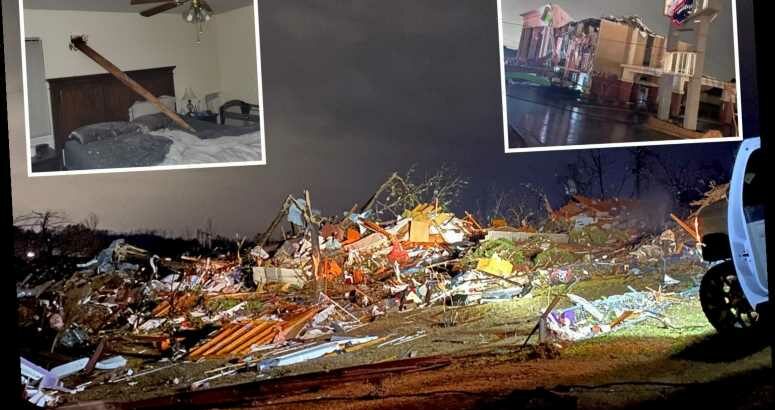 A POWERFUL tornado is tearing through Alabama.

The whirlwind is wreaking havoc across the state, with houses destroyed and reports of people trapped inside collapsed buildings. 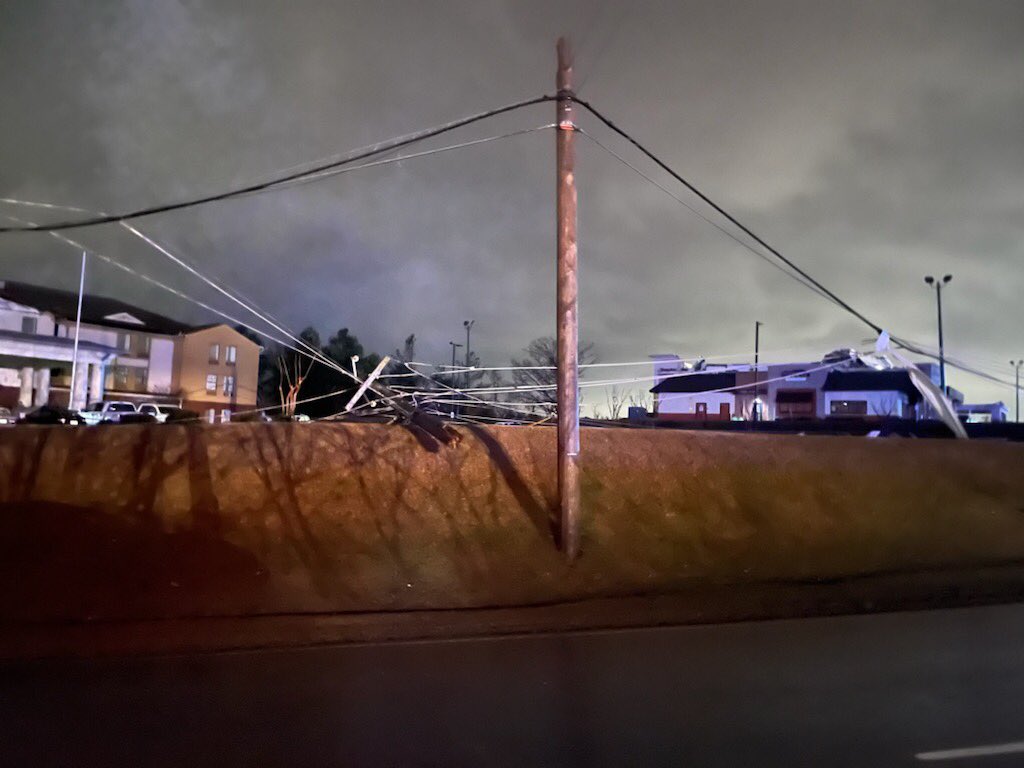 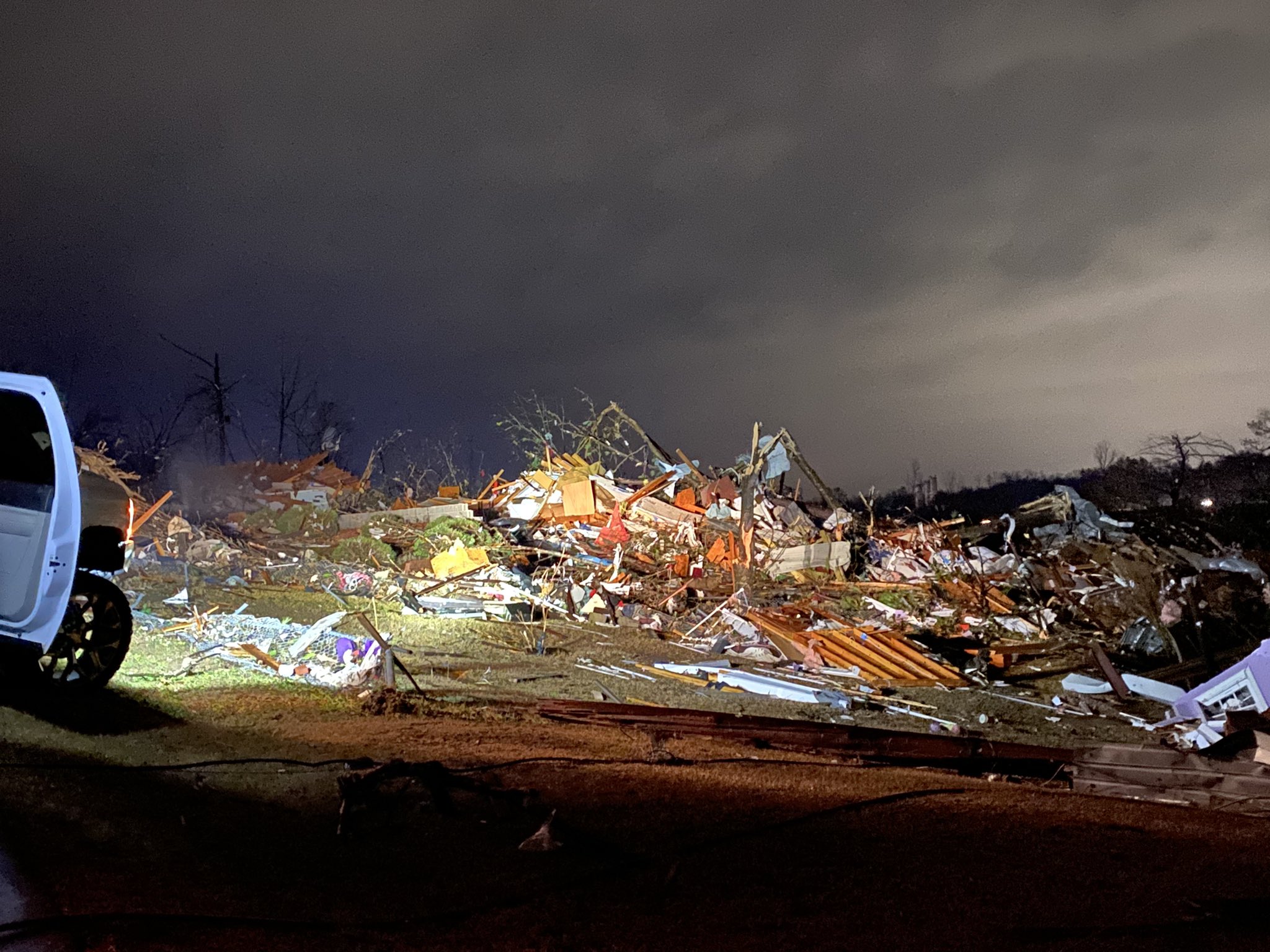 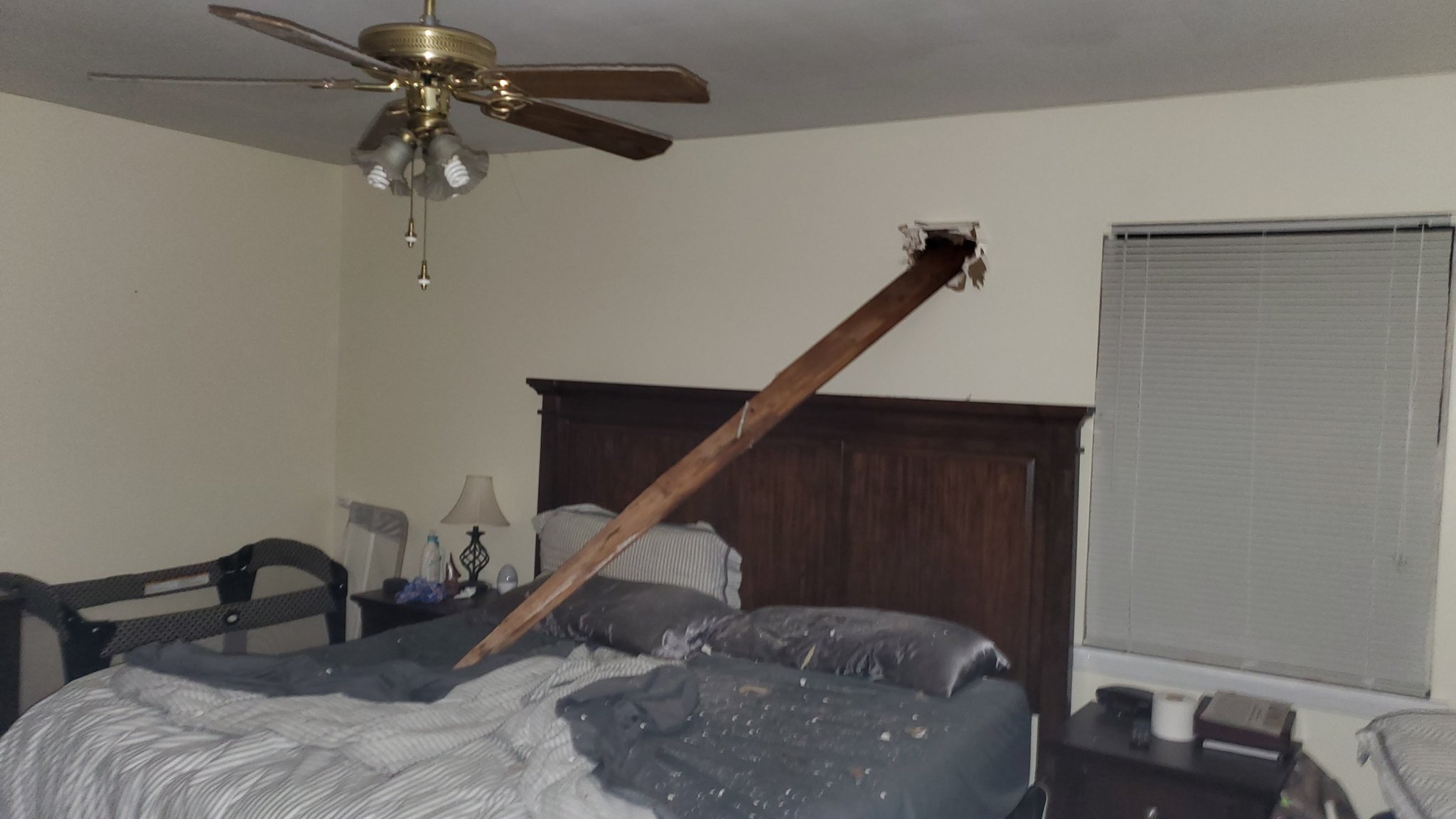 Fire Chiefs in Jefferson County are warning people to stay away from the city of Fultondale due to extreme damage and perilous conditions, which have seen several people suffer broken bones.

Fultondale Police Chief Smith said trees had been ripped from their roots and cars overturned in the Walker Chapel, Indian Valley Road and Carson Road areas.

According to AL.com, there were no recorded fatalities as of 1am this morning.

Emergency workers have been scrambled to the city after reports of residents trapped inside collapsed buildings.

Sam, a local resident, told AL.com: "It looks like a bomb went off."

Speaking to the publication, he estimated around 80 per cent of the buildings in the area had suffered damage – with 20 per cent of those completely collapsed.

Another resident of Fultondale tweeted a shocking picture showing a giant spike that had shot through his bedroom wall.

He wrote: "Got my wife and baby out of bedroom about [ten] minutes [before] this happened.

"We [are] in Darlene Estates in Fultondale."

"Debris is everywhere," he added.

Gardendale Civic Center has been set up as a shelter for the city's residents. 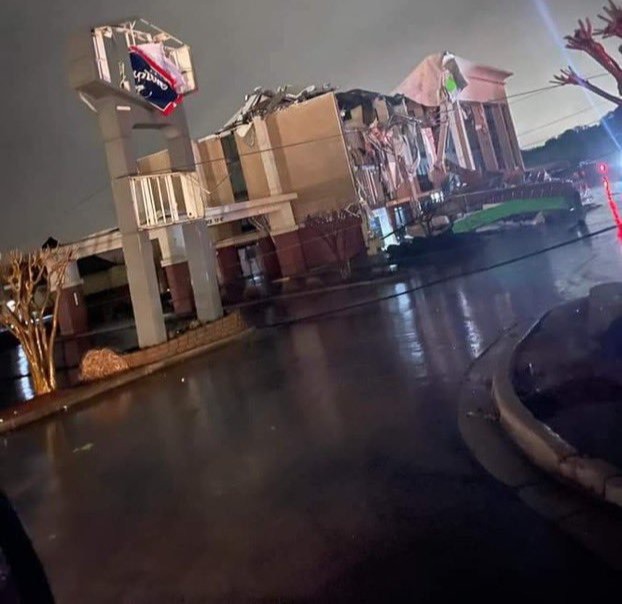 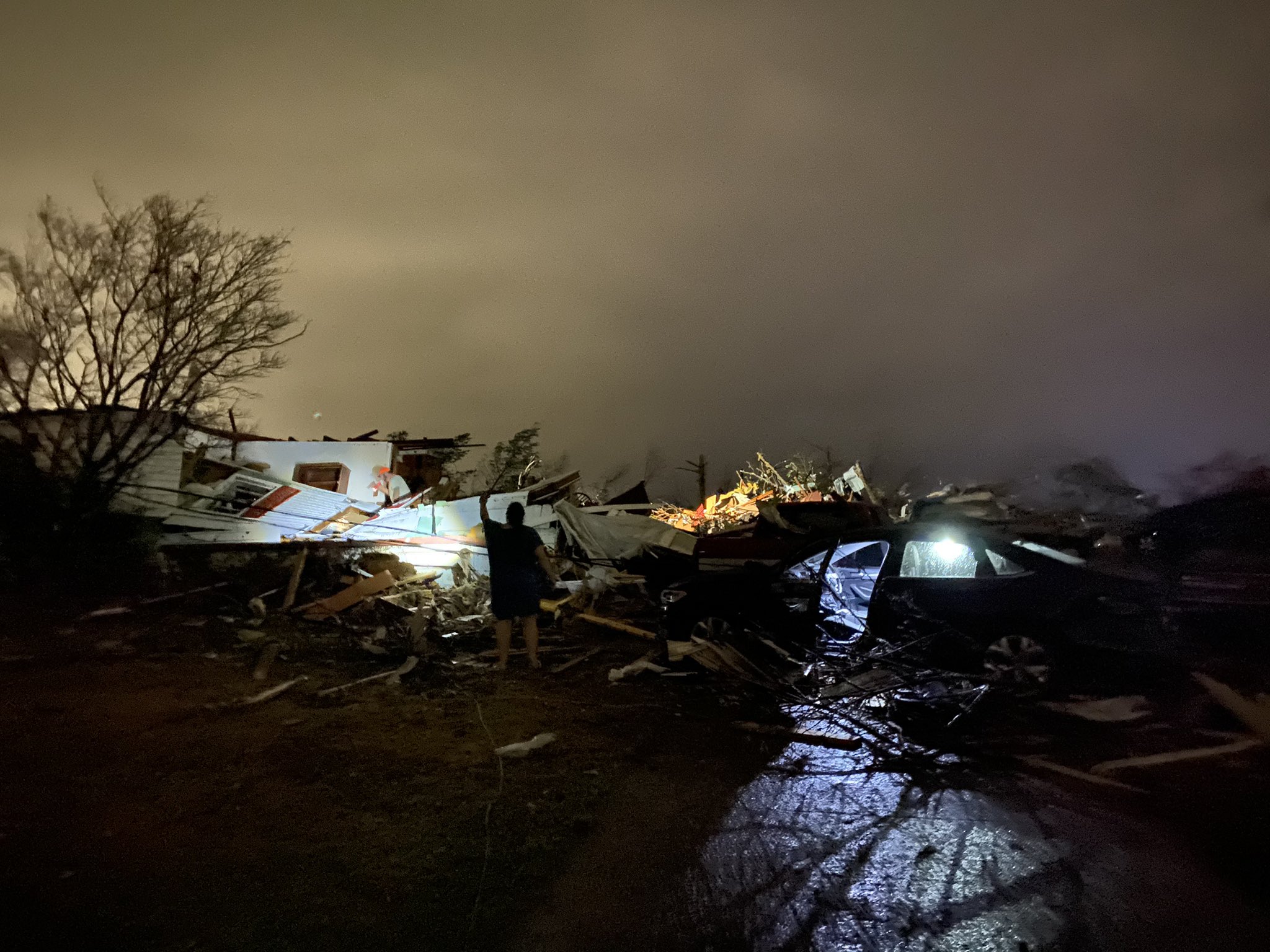 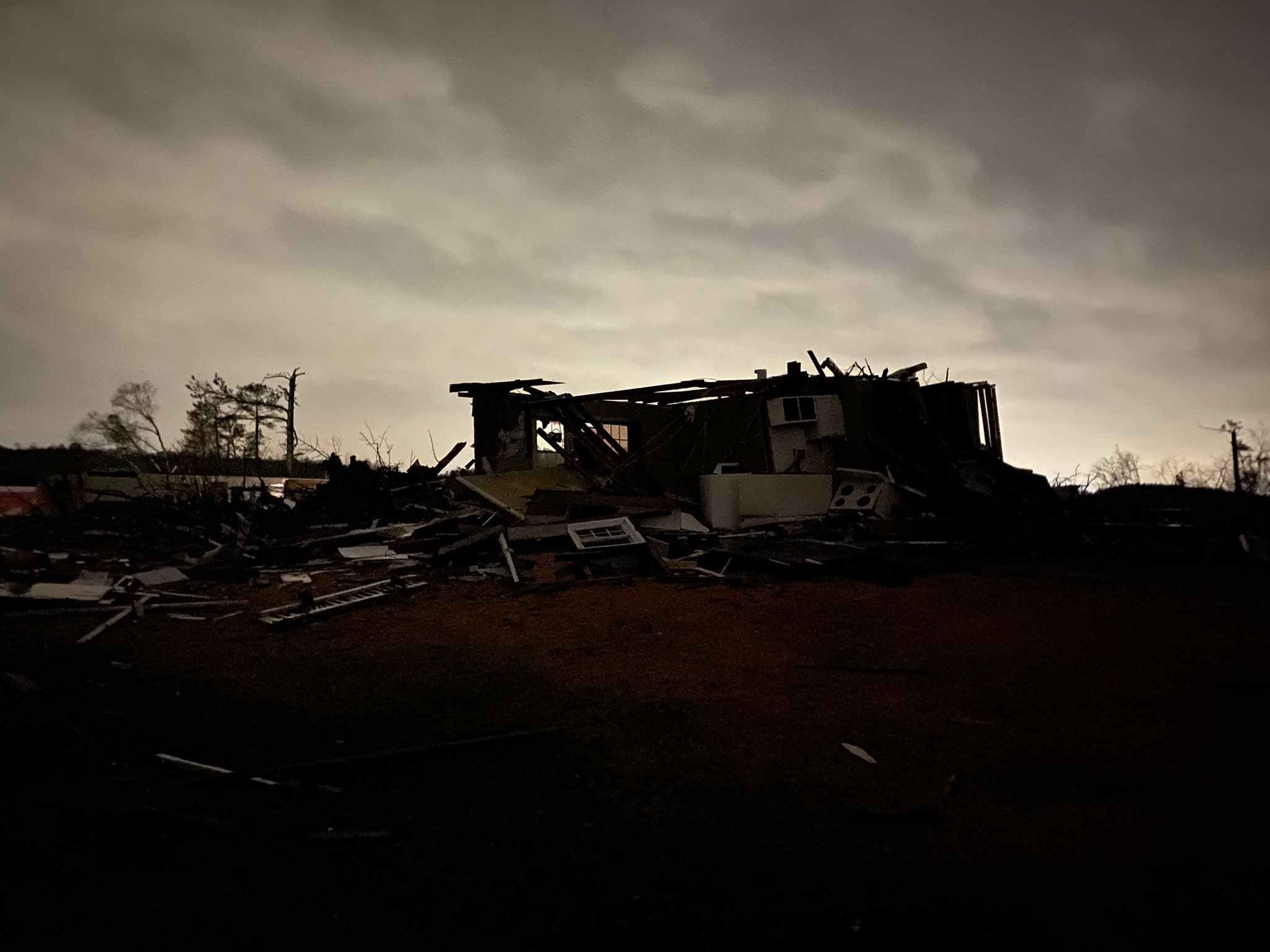 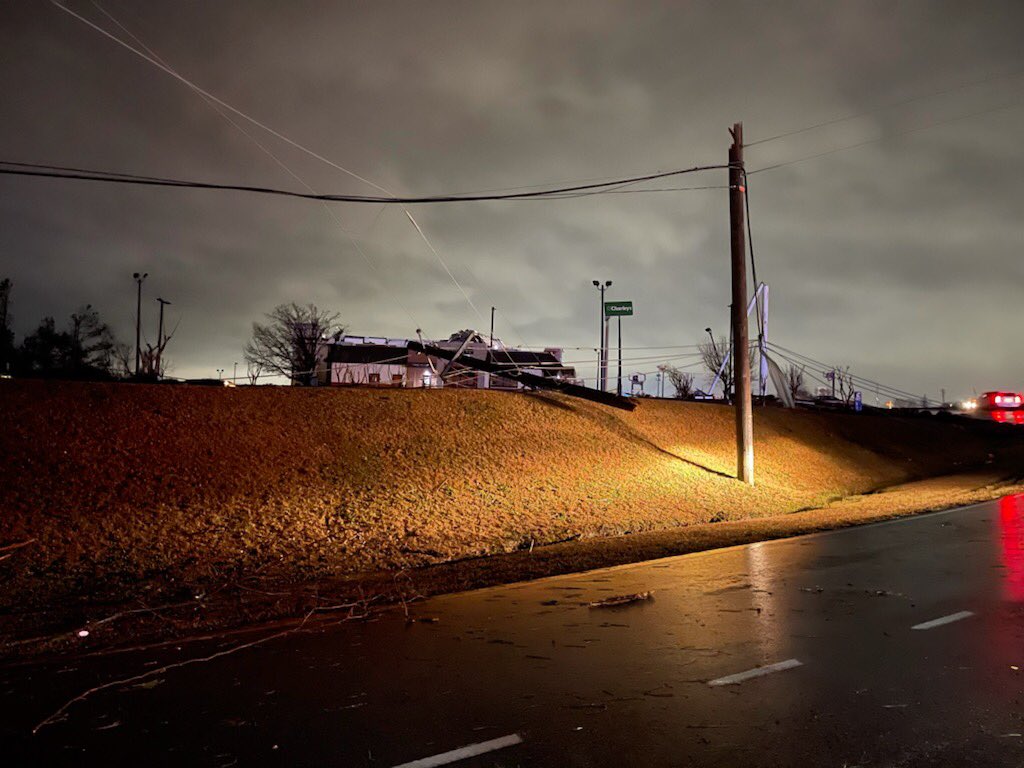