Earlier this month, it finally hit Alana Haim that she's a movie star.

The musician, who performs with sisters Este and Danielle as Grammy-nominated rock band Haim, makes her acting debut in Paul Thomas Anderson's "Licorice Pizza" (now in theaters), a coming-of-age dramedy set in her native Los Angeles.

"Growing up, all we wanted to do was play the Whisky – this epic venue – but they would never give Haim a slot to play," she says. But recently, "I drove by and there was a giant billboard on the Whisky with my face on it. That was the first time I was like, 'Whoa, what is happening?' It was this crazy, full-circle moment of, 'I never got to play the Whisky, but I guess I ended up on the outside of it. That's pretty cool.' "

"Licorice" takes place in 1973 and follows a wayward 25-year-old named Alana Kane (Haim), who strikes up a flirty, freewheeling friendship with high-schooler Gary Valentine (Cooper Hoffman, 18, son of the late Philip Seymour Hoffman). It's an effortlessly captivating performance that's earned Haim best actress nominations from the Critics Choice and Golden Globe awards, as well as a breakthrough performance win from National Board of Review, which she shares with Hoffman.

Before Anderson emailed her the script, which he wrote with her in mind, Haim's only "acting" experience was trying to make audiences laugh at concerts. 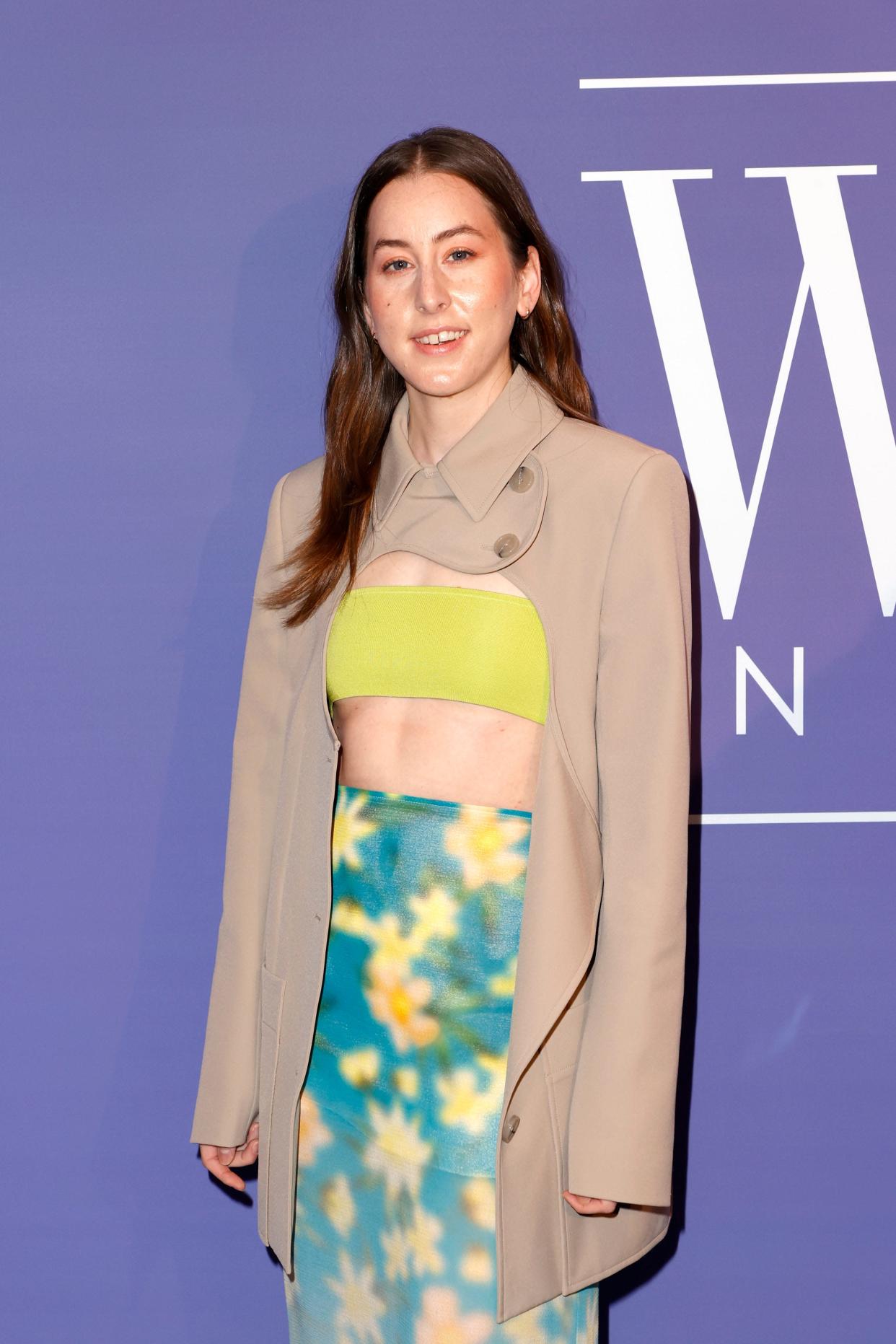 During shooting, "I was preparing myself every day for Paul to be like, 'So sorry, but we found someone that's actually acted a lot more than you,' " Haim says. "But Paul saw something in me that I did not see in myself. He knew from the beginning that I could do it, although I needed a little bit more convincing."

Anderson, who returns to the Oscar race this year after 2017's "Phantom Thread," previously collaborated with Haim and her sisters on their music videos. He would tell her from time to time that "she could be a wonderful actress," although "she didn't seem to take me too seriously."

"Her natural ability as an actor is astonishingly high for a first-timer, let alone anyone," Anderson says. Her charisma and intellect shine off camera, too: "Don’t be fooled by her powerful smile and sunny disposition – she suffers no fools and is incredibly sharp. This is what makes her special."

Haim, 30, who embarks on a headlining tour with her sisters next spring, tells us more about making "Licorice Pizza." 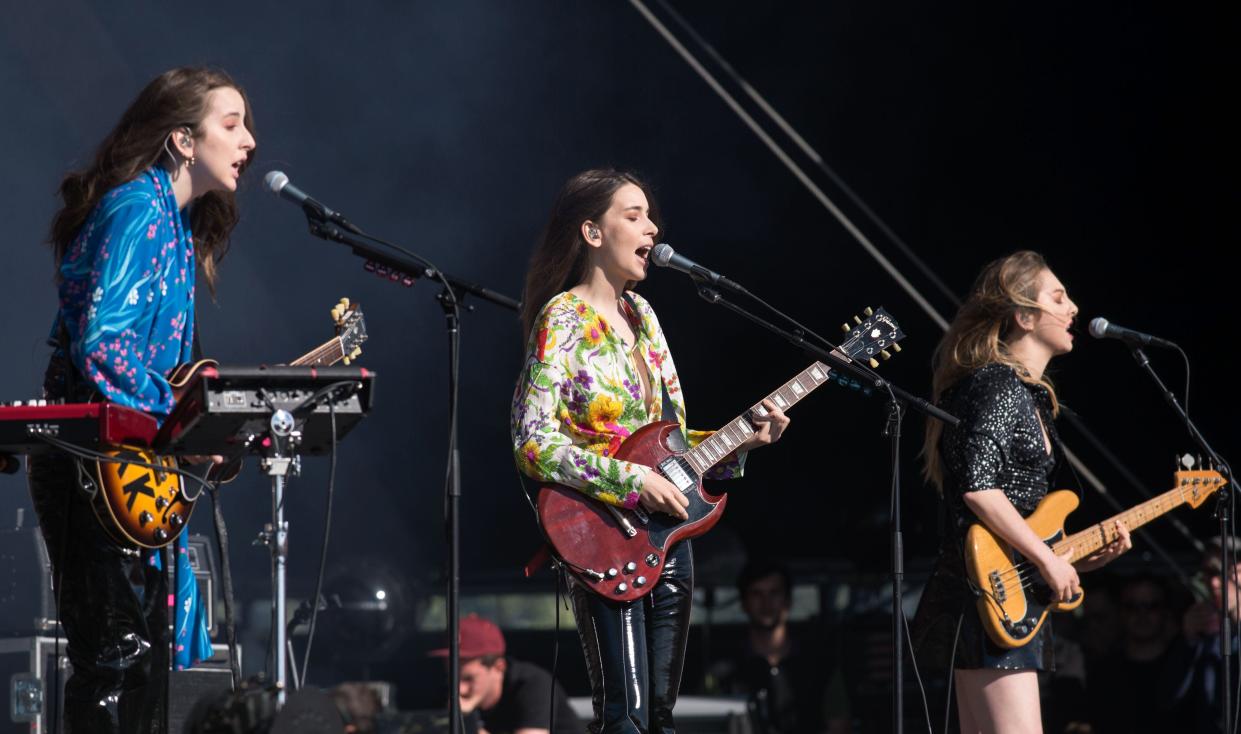 Question: You've been making music with your family for much of your life. But could you relate to your character's feelings of aimlessness or uncertainty?

Alana Haim: When I was 19, I was working at (thrift store) Crossroads Trading Co., going to Valley College, and I had no idea what my life was going to turn into. There's always a point where you think, "What am I doing?" and those are the times where your life changes. You change paths and you take more risks. After I had that crisis, Danielle finally came home (from touring with Jenny Lewis' and Julian Casablancas' bands) and that's when we really started to take Haim seriously.

Q: When did you meet Cooper?

Haim: It was in the "Phantom Thread" editing booth. Paul introduced us because Cooper was visiting from New York, and me and my siblings were very intimidated by him because he had so much confidence. We took him to dinner because Paul had to leave, so we kind of "babysat" him for a couple hours. But he was asking us questions, ordering for us, and I was like, "Who is this kid?" I didn't know it then, but I was having dinner with Gary Valentine. Even at 13, he embodied this character.

Q: How did you get close before or during shooting?

Haim: We really bonded over music. We had this shared playlist that we would add to constantly with songs from the time period, but we also bonded over Destiny's Child and Flo Rida. We were deep into the pandemic when we knew the movie was gonna happen, so we would FaceTime, like, "We're stuck at home! We need to have fun! I'm gonna blast music in my house and let's have a FaceTime dance party!"

Alana Haim and the entire @HAIMtheband family stars in a new clip from #LicoricePizza. pic.twitter.com/vvnttIoZcz

Q: Your sisters and parents also appear in the film as your character's family. How does it feel that your dad is such a scene-stealer?

Haim: I'm praying that someone wants to put my dad in another movie. I don't care about me, I don't care about my sisters – I need my dad to be in another movie. We were all shocked about how incredible my dad was. He's never been in front of a camera before, and me and my siblings were all just crying laughing, like, "He's a star." A star is born in my dad – it was crazy.

Q: In the movie, Gary recruits Alana for his business selling waterbeds. Did you take one from set?

Haim: You know, it's shocking that I don't have a waterbed. Me and Cooper and (the actors who played) his friends all went to "waterbed school" and learned how to put together a waterbed in eight minutes. There's a whole art to it. If you ever need a waterbed, we are full service. We'll happily come to your house and set it up.