Officials in the US have issued the warning for coastal areas of southern Alaska after the magnitude 7.0 quake hit on Friday morning. 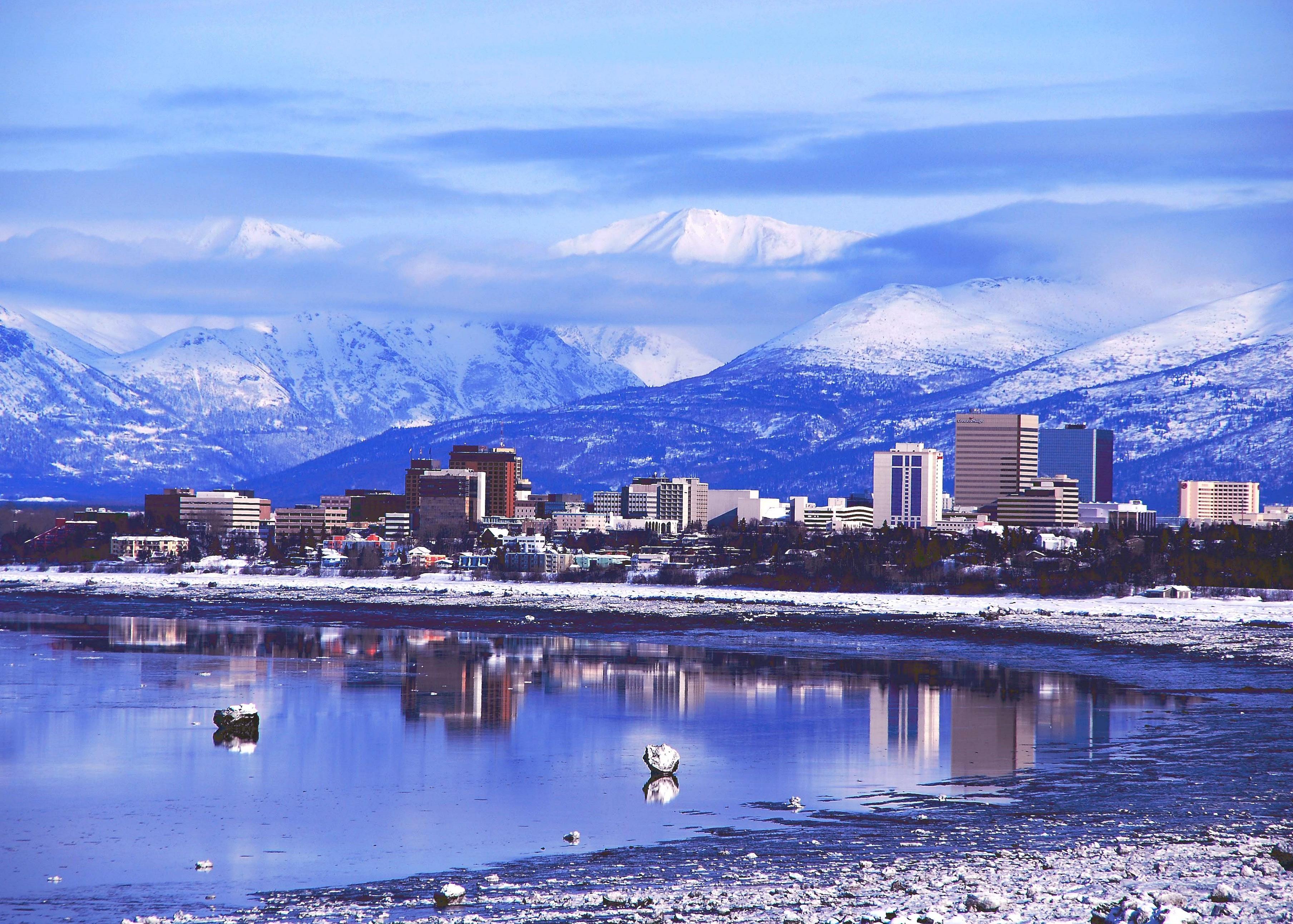 The U.S. Geological Survey says the earthquake was centred about 7 miles north of Alaska's largest city.

Officials initially said it was a 6.7 magnitude earthquake and later boosted the magnitude to 7.0.

The earthquake rocked buildings on Friday morning in Anchorage and caused lamp posts to sway.

One Associated Press reporter working in downtown Anchorage saw cracks in a 2-story building after the quake.

It was unclear whether there were injuries. 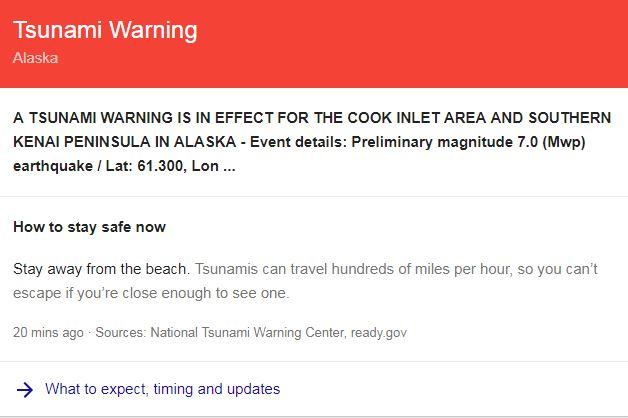 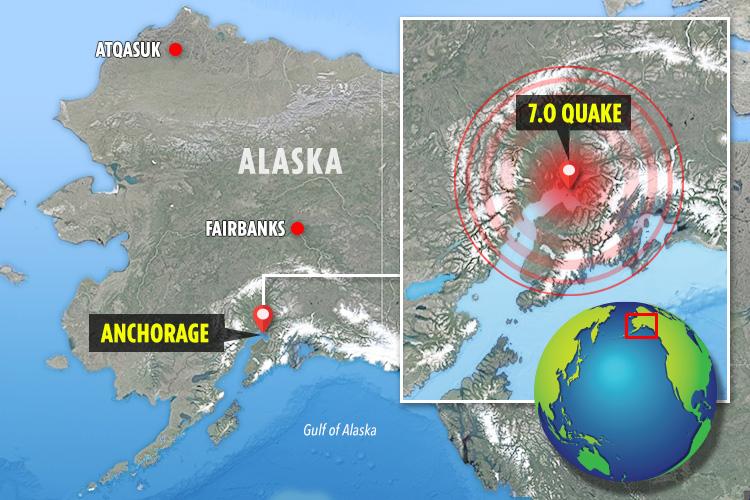 People went back inside buildings after the earthquake but a smaller aftershock a short time later sent them running back into the streets again.

Shortly after the quake, a tsunami warning was issued for the southern Alaska coastal areas of Cook's Inlet and part of the Kenai peninsula.
The warning means tsunami waves were expected.

Anchorage lawyer Justin Capp says he was getting ready for work when he felt the shaking start. 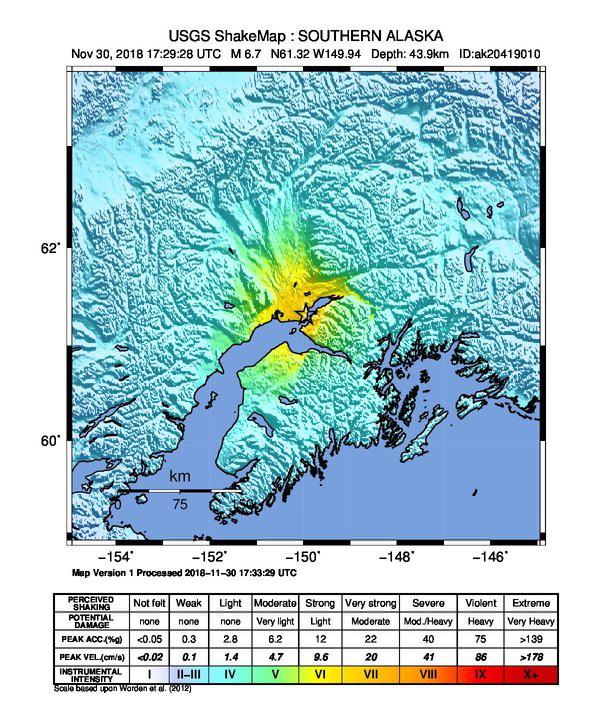 He grabbed on to the door frame in the hallway and the door slammed into his hands, scraping his fingers and hand.

Capp says he's lived in Anchorage eight years and that the quake was the worst he had experienced.
Another lawyer, Hank Graper, was driving when the quake struck. He first thought his vehicle had a flat tire, then thought it was exploding.

He said he realised it was an earthquake after he saw traffic poles swaying.

Graper called it the most "violent" earthquake he's experience in his 20 years in Anchorage.

Alaska averages 40,000 earthquakes per year, with more large quakes than the other 49 states combined.
Southern Alaska has a high risk of earthquakes due to tectonic plates sliding past each other under the region.

According to the US Geological Survey, the Pacific plate is sliding northwestward and plunges beneath the North American plate in southern Alaska, the Alaska Peninsula and the Aleutian Islands.

On March 27, 1964, Alaska was hit by a magnitude 9.2 earthquake, the strongest recorded in US history, about 75 miles east of Anchorage.

The quake, which lasted about 4 minutes, and the tsunami it triggered claimed about 130 lives.