Alexandra Shulman’s Notebook: How should you deal with a beggar at your door? 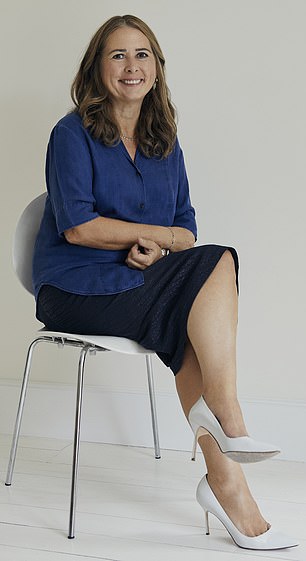 ‘As I returned to my nice warm kitchen I felt both guilty and resentful,’ writes Alexandra Shulman

I have spent my whole working life in an office, blissfully unaware of the number of people who arrive at our front door.

This morning at 8am the bell rang several times, and through the glass panels I could make out the figure of a man.

The ringing had been so urgent I thought perhaps it was a neighbour in need but when I opened the door it was a stranger standing there, staring silently at me as he unfolded a small piece of paper with the handwritten message: ‘Please give me some money to eat. I have none.’

I told him I didn’t have any spare change on me and he politely departed with a cheery grin.

Although breakfast time is probably not the best moment to lobby people for money, at least it wasn’t later, in the dark.

At night the doorstep can be a threatening place, and for the elderly and those who live alone, it is particularly disturbing to be confronted with an unfamiliar visitor of any kind.

As I returned to my nice warm kitchen I felt both guilty and resentful.

Guilty that I was tucking into breakfast while that stranger was in the rain begging for money, and resentful that he had invaded both my physical and head space.

Why should he be able to insinuate himself into my day in that way?

But then again, why didn’t I do the sensible thing and offer him something to eat?

Why didn’t I do anything helpful for him when, at the click of button, I had spent money on a dress I didn’t need just the previous night.

As a soft touch for a hard-luck story, I almost always do hand out some cash, but each time I question that action afterwards.

It might make me feel that I am a better person, but who is really helped by encouraging doorstep begging.

My conscience briefly? The guy on the step? Well, possibly. In the short term.

But in the long term, will it really be his dealer or the local off-licence who actually benefits?

Another impossible conundrum of modern life…

Swimwear tips are a fat lot of good

It is a funny time of year for Swim England to be in the spotlight, but last week its website made headlines with an article on how to choose the best swimwear for your shape.

All kinds of nonsense has been written about how the piece was offensive because of its references to a ‘jiggly belly’ and ‘pear shape’ and the article has now been removed.

Far worse to my mind was the quality of the fashion advice.

It’s an odd world where such gems as ‘one-pieces won’t make you look slimmer’, ‘push-up cups add shape to boyish figures’, and ‘tankinis are the best way to hide a tummy’, could, even to the most style-agnostic reader, be considered news.

Shamed into action by Hoddle’s hero

When my son was born more than 20 years ago, I intended to sign up for a first aid course but I always managed to find an excuse not to.

However, learning that Glenn Hoddle’s life was saved by a member of the BT Sport staff who knew how to use a defibrillator has finally convinced me to get on with it.

Until now my lifesaving skills have been restricted to something we were taught to do with pyjamas in our school swimming lessons.

But I no longer have the foggiest idea what it was. And that is my main fear about this course.

I have a terrible memory and it is all too likely that after spending a day giving strangers the kiss of life and learning how to do the Heimlich manoeuvre, I’ll find I’ve forgotten the vital points when I urgently need to use them.

Taylor Swift’s endorsement of the Democrats in the upcoming US mid-term elections is projected to swing her home state of Tennessee – and has already helped boost early turnout there.

Luckily, in my opinion, the swerve will be in the right direction.

But even so, as brilliant a pop star as she is (and nobody loves her hit song, 22, as much as I) it worries me that supporters of celebrities like Taylor might be subscribing to a knee-jerk Instagram democracy.

Taylor has urged her 112 million followers on the social media platform to ‘educate yourselves… and vote for who most closely follows your values’, luring them into action by promising to repost their selfies at the ballot box on her own account.

It’s great to get the youth vote motivated but there’s something deeply uncomfortable about social media narcissism being used as an incentive.

Suzy could have been any one of us 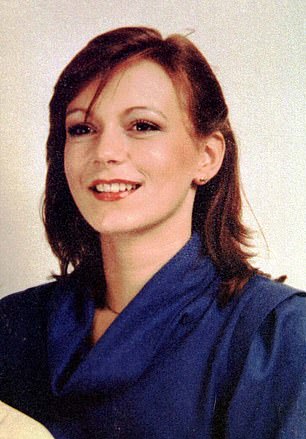 Thirty-two years later, a new excavation for her body is under way in the back garden of a house in Sutton Coldfield.

For many women of my age, the case struck a deep chord.

Photographs showed a smiling, glossy, young woman of 25. She wore pearl earrings, coral lipstick and looked a bit like Diana Spencer before she married.

She had a classic Yuppie job as a London estate agent with her own car and a large desk diary where she had noted an appointment with a Mr Kipper.

And then she disappeared.

Apart from that last fact, she was in so many ways like so many of ‘us’. And that is what gave her disappearance such powerful resonance.

She could have been any of us middle class, young, professional women going about our job.

We couldn’t write off her presumed murder by saying she shouldn’t have been walking around so late on her own or that she had clearly fallen in with a violent crowd.

We couldn’t make the usual excuses that we make to explain why something awful has happened to somebody else, so that we can distance ourselves from the likelihood of it happening to us.

She was the person that we all thought it was OK to be. Until suddenly it wasn’t.