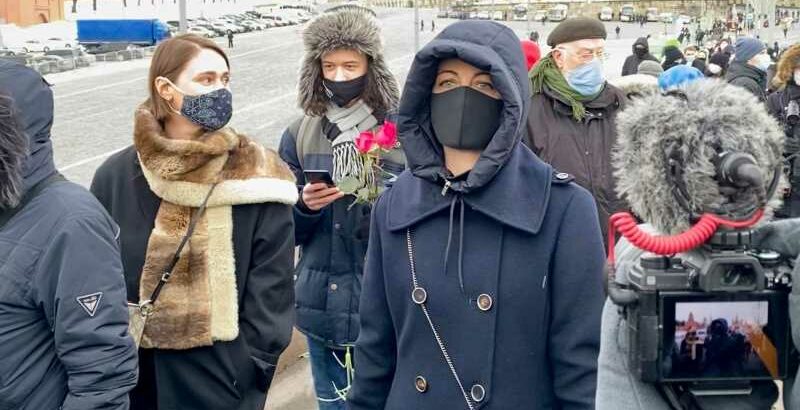 Yulia Navalny laid a bunch of red roses on Bolshoy Moskvoretsky Bridge in central Moscow where Mr Nemtsov was gunned down on the night of 27 February in 2015. Russian ambassadors of several Western countries were among the thousands of people who attended Saturday’s commemoration, Russian news agencies said.

Mrs Navalny’s presence among them was poignant as her husband was jailed earlier this month for two years and eight months for parole violations he claims were trumped up.

The 44-year-old was arrested on 17 January as he returned to Russia from Germany, where he had spent five months recovering from a nerve-agent poisoning that he blames on the Kremlin – an allegation denied by Russian authorities.

His sentence stems from a 2014 embezzlement conviction that he has rejected as fabricated and the European Court of Human Rights (ECHR) has ruled to be unlawful.

Mr Navalny’s allies declared a moratorium on street protests until spring after they sprung up following his arrest. 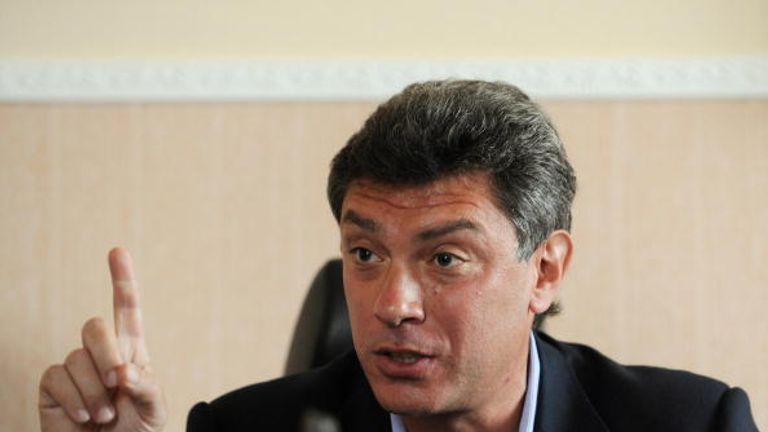 They announced the protest freeze after police broke up several nationwide rallies and detained more than 11,000 people, a monitoring group calculated.

However, the opposition called on Muscovites to pay their respects to Mr Nemtsov, while observing social distancing and wearing face masks.

They wanted to hold a commemorative march but their request was turned down due to the pandemic, however the gathering was allowed to go ahead.

Noticeably, there were very few police at the scene where about 4,600 people had turned up by 3.30pm local time (12.30pm GMT), protest monitoring group Bely Schetchik said. Mr Nemtsov had been working on a report examining Russia’s role in the Ukraine conflict when he was murdered by an unknown assailant who shot him six or seven times as he walked home after dinner.

Hours before, he had appealed to Russians to march against the war in Ukraine.

After his murder, opposition activists guarded a makeshift memorial on the bridge when city authorities turned down a request to install a plaque in his honour. The memorial has been taken down several times over the years and police detained eight people last week as they tried to lay flowers in the space.

In 2017, a court sentenced five men to between 11 and 20 years in prison for their involvement in Mr Nemtsov’s murder, but his allies maintain the people who ordered his killing remain at large.