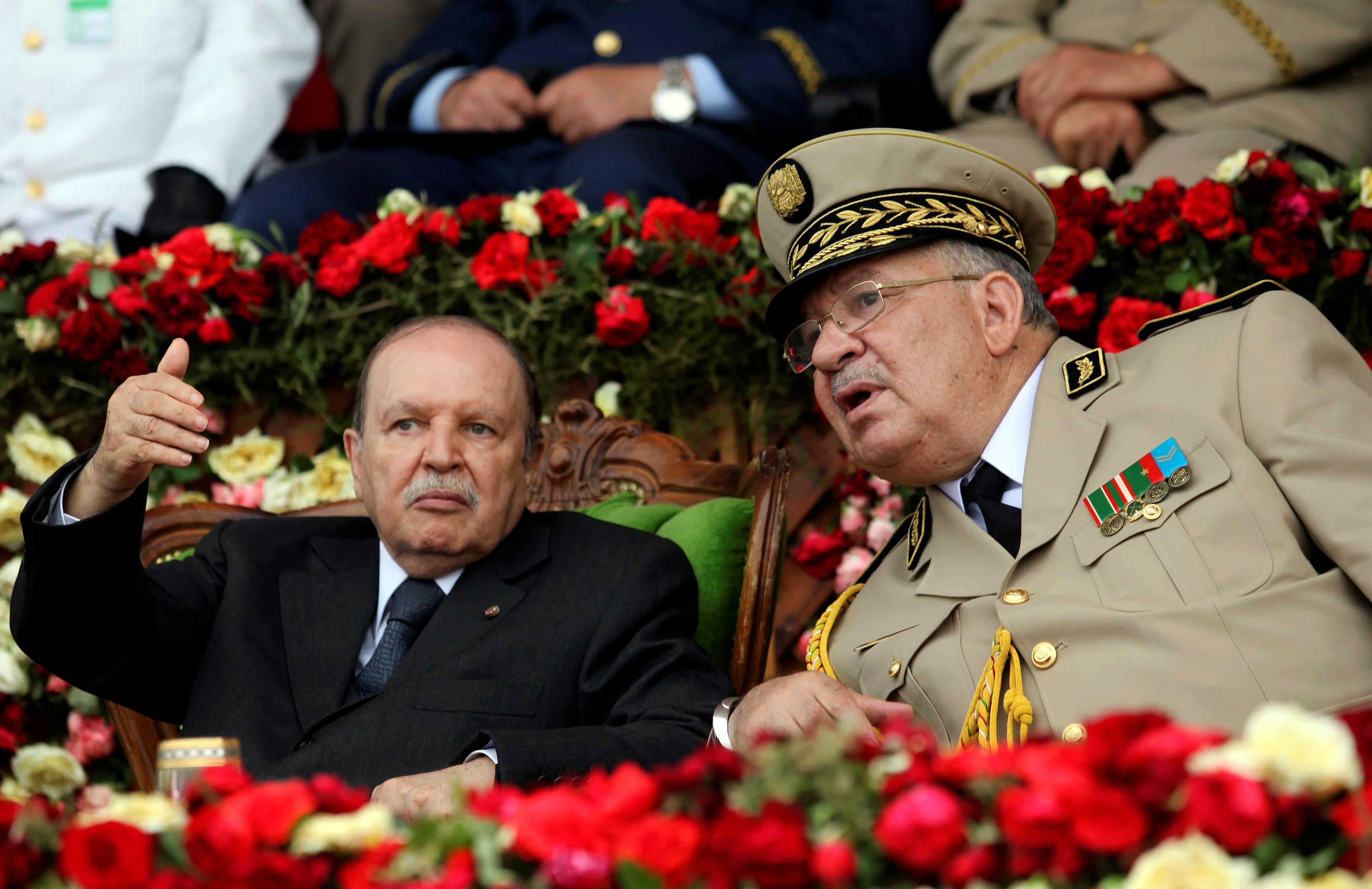 ALGIERS (Reuters) – Algeria’s army chief Ahmed Gaed Salah asked on Tuesday for the presidency to be vacated as he deems popular demands to be valid after a month of mass protests against President Abdelaziz Bouteflika, state media said.

Based on Article 52 of the Algerian constitution, the chairman of parliament’s upper house, Abdelkader Bensalah, would serve as caretaker president for at least 45 days.

The article applies under certain conditions, such as deteriorating health. Bouteflika, 82, has rarely appeared in public since suffering a stroke in 2013.

Hundreds of thousands of people have been protesting for nearly five weeks calling on Bouteflika to step down after 20 years in power.

Bouteflika earlier this month bowed to protesters by reversing a decision to seek another term and putting off elections that had been set for April. But he stopped short of quitting as head of state and said he would stay on until a new constitution is adopted, effectively extending his current term.

His new stance failed to placate hundreds of thousands of Algerians who have taken to the streets for nearly five weeks to demand that Bouteflika step down.