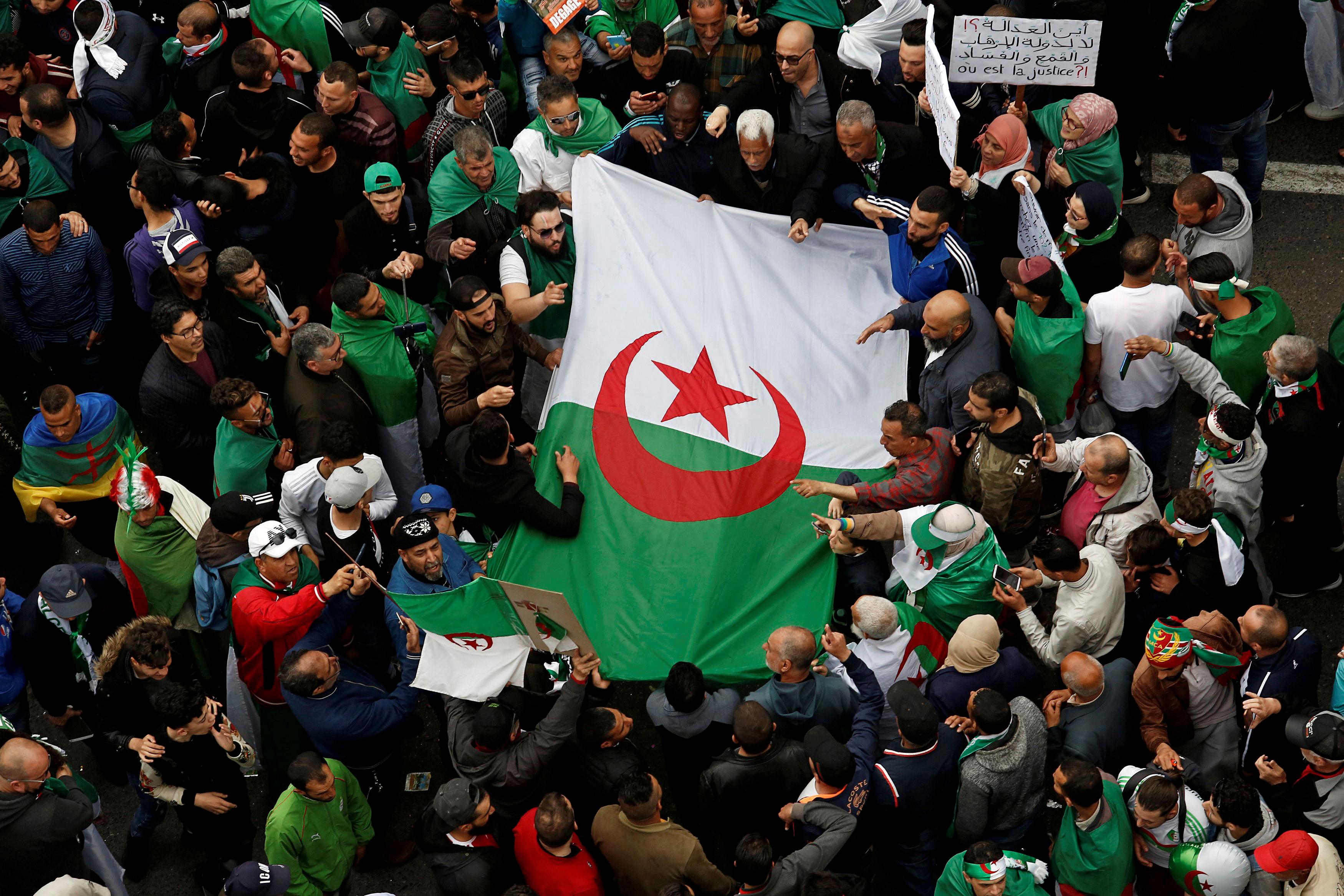 No more details were available, and there was no immediate comment from police. The sources were confirming an earlier report from Ennahar TV.

Said Bouteflika, who served as a top advisor to the presidency for more than a decade, acted as Algeria’s de facto ruler after his brother suffered a stroke in 2013 which left him in a wheelchair.

Massive ongoing protests calling for a radical change to Bouteflika’s regime pushed the ailing president to resign on April 2, but demonstrators continue to demand the removal of all those linked the former administration.

“The arrest of Said is definitely the peak in the dismantling of Bouteflika’s system,” a top political source told Reuters on Saturday.

Army chief of staff Ahmed Gaed Salah has promised to rid the country of corrupt politicians, oligarchs and military officials in order to restore confidence among the people.

Last month Salah accused a former intelligence chief of trying to undermine the transition, in a clear reference to Mediene, dubbed “Algeria’s God” because many saw him as the country’s real authority.

“I send to this person a final warning,” Salah said at that time.

Bouteflika had fired Mediene in 2015 in an attempt to weaken the intelligence services, but he is still seen as one of the most powerful figures in Algeria.

Protesters are also calling for the resignation of interim president Abdelkader Bensalah, who is due to serve until an election on July 4, and Prime Minister Noureddine Bedoui.

On Friday, hundreds of thousands of protesters rallied peacefully in Algiers, chanting “we will not shut up!”.

The army remains the most powerful institution in Algeria, having swayed politics from the shadows for decades. It has so far patiently monitored the mostly peaceful protests.

Last week Lieutenant General Salah, who helped push Bouteflika out after having him declared unfit for office, said several big corruption cases would come to light in a crackdown on graft.