Alibaba commands the biggest e-commerce share in the world’s fastest-growing economy, so its earnings matter. 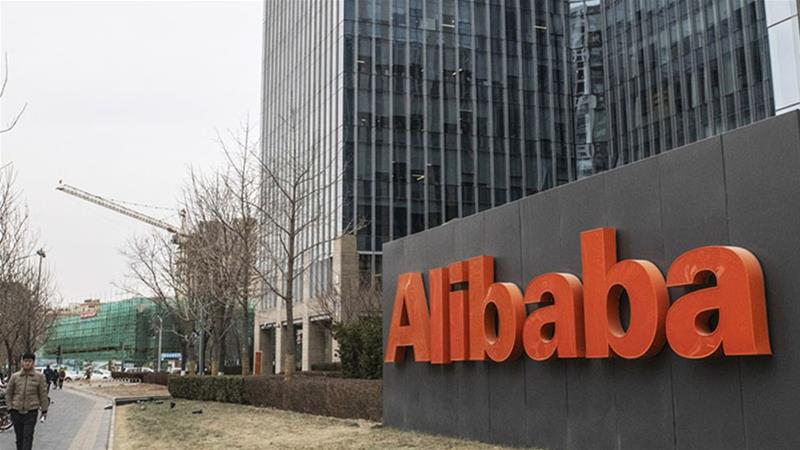 On Wednesday, Alibaba’s share price closed up 1.58 percent after its latest earnings release.

Its shares had declined since Friday after the US raised tariffs on roughly $200bn of Chinese imports, increasing tariffs to 25 percent from 10 percent.

Joseph Tsai, Alibaba’s executive vice chairman, said the company’s results showed the “resilience” of its business against “complex geopolitical and economic conditions”, and he argued that long-term macroeconomic trends favor Alibaba. For one, he said, China is shifting to a “domestic consumption” and a service-driven economy. China is also set to become a country that imports more than it exports over the next several years, he told analysts. Moreover, China’s middle class – already the world’s largest, at more than 300 million – is set to double in the next 10 years. According to Tsai, less-developed cities are fueling that growth.

“We are swimming and flowing in the direction of the tide,” Tsai said on a conference call with analysts Wednesday. “All the macroeconomic factors are providing the tailwind to push our business forward.”

The revenue Alibaba generates from the various products and services it offers rose 51 percent to 93.5 billion yuan ($13.9bn) in the quarter that ended on March 31. Advertising, other customer-management fees and commissions from its “core commerce” unit (including its Tmall and Taobao online marketplace platforms) helped boost sales.

“Clearly, core business is very healthy,” RBC Capital Markets analyst Zachary Schwartzman said on the conference call, commenting that the health of Alibaba’s core operations allows it to invest in other business lines including cloud computing.

Other key takeaways from Alibaba’s earnings

Analysts predict that Alibaba’s growth will increasingly come from China’s lower-tier cities. “We will continue to invest in lower-tier and rural customers in lower cities,” said Alibaba CEO Daniel Zhang.

The number of annual active consumers on Alibaba’s China retail marketplaces rose by 102 million to 654 million in the 12 months that ended on March 31. Less-developed cities accounted for more than 70 percent of the increase, Alibaba said. So-called third-, fourth- or fifth-tier cities in China have a combined population of 500 million. Consumption from these smaller cities will triple in the next 10 years, Alibaba’s Tsai said on the earnings call.

Cloud computing is a revenue bright spot: Like Amazon in the US, Alibaba is strengthening its commitment to growing its cloud computing service and going head to head with Amazon and Microsoft to increase its share of the growing global cloud service market. Alibaba’s “Cloud Computing” fourth-quarter revenue rose 76 percent to the equivalent of $1.15bn. It is one of the company’s fastest-growing businesses.

However, unlike Amazon’s AWS cloud computing service, Alibaba’s cloud service is still losing money. By comparison, Amazon’s offering is a profit crown jewel, and represented half of Amazon’s operating income in the most recently reported quarter.

Alibaba’s domestic success makes it a target for competitors. Alibaba has been building a growing empire to hook consumers to spend within its ecosystem of products and services, and the competition is catching on.

According to Euromonitor International data, while Alibaba is still ranked as number one in China’s growing e-commerce market, its share of the country’s “internet retailing” market declined to 41 percent in 2018, down from 45 percent in 2013. By contrast, JD.com’s share more than doubled to 34 percent during the same period. Suning and Vipshop also increased their share of the e-commerce market slightly to 4.1 percent and 2.7 percent respectively, reported Euromonitor.