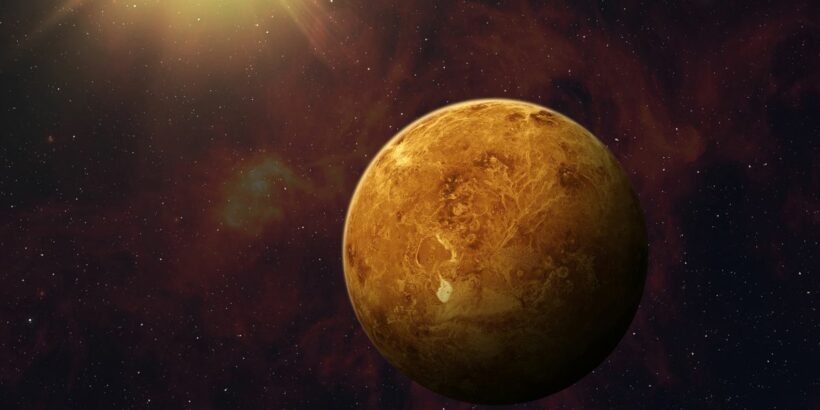 For out-of-this-world news, sign up for the Spaced Out newsletter

A breakthrough during a new study has shown that alien life may have been discovered on Venus.

Clouds surrounding the planet have been discovered to be "more habitable" than previously thought.

Until recent years, Venus has been considered one of the least likely places to find alien life due to it's temperatures.

The planet is continually 475C day and night, making it the hottest in the Solar System – even more so than Mercury.

In 2020, scientists discovered evidence of the molecule phosphine, which is a result of life processes.

However, the findings were disputed at first, with the scientists discussing the possibility of making an error in the amount of phosphine they thought they had found.

In addition, it was doubted how lifeforms could have resistance to the droplets of sulphuric acid in the clouds.

A new study, published in the Proceedings of the National Academy of Sciences, has suggested that ammonia neutralising the acid could make life a possibility.

Scientists at Massachusetts Institute of Technology believe that the ammonia could spark a chain of chemical reactions. It stated: "This research provides a transformative hypothesis for the chemistry of the atmospheric cloud layers of Venus while reconciling decades-long atmosphere anomalies.

"Our model predicts that the clouds are not entirely made of sulphuric acid, but are partially composed of ammonium salt slurries, which may be the result of biological production of ammonia in cloud droplets.

"As a result, the clouds are no more acidic than some extreme terrestrial environments that harbour life. Life could be making its own environment on Venus. The model’s predictions for the abundance of gases in Venus’ atmosphere match observation better than any previous model, and are readily testable."

Sara Seager, a MIT research co-author, said that life exists in acidic environments on Earth "but it's nothing like the environment on Venus ­— unless life is neutralizing some of those droplets," reports indy100.com.