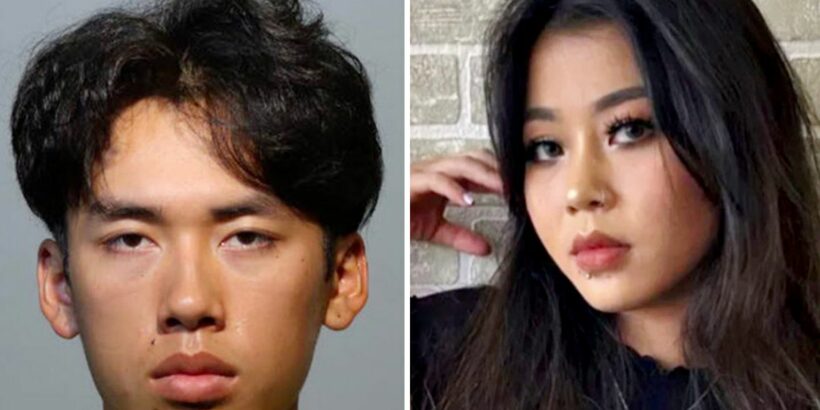 A man allegedly told his work that he couldn't come in because he was too busy cleaning up his wife's blood after he slashed her throat.

Xichen Yang was arrested after a man phoned the police to say he had confessed to murdering his wife after she reportedly burned his passport.

The 21-year-old is said to have told police that he attacked Nhu Quynh Pham before he "played her favourite music" and "held her hand" during her final moments.

Cops stormed into the couple's home in Altamonte Springs, Florida, after they received an alarming call shortly before 9am on Tuesday ( June 21 ).

Yang reportedly told his boss’s son that he stabbed his wife to death and explained he was absent because he was “attempting to clean up the evidence," according to charging documents.

Police said: “Immediately after officers entered the apartment, a female was found lying in a pool of blood in a bathtub."

The force added that Pham was found with a laceration on her neck, “which had blood running down from it" and said, “her stomach was also pooled with blood.”

The Seminole County Fire Department pronounced her dead on the scene at 09:13 a.m, reports Oxygen.com.

Yang was arrested later that day after police discovered two pink rubber gloves and a bottle of disinfectant in the hallway.

According to the documents, the suspect told the cops that he slashed her throat and then she tried to escape by “crawling down the wall” toward the exit.

“Yang then took her to the bathroom,” police explained. “He placed Pham in the bathroom tub, ‘played her favourite music,’ and ‘held her hand’ for what he estimates to be approximately 10 minutes.”

Yang allegedly admitted that he could have stopped himself from killing her but said he was the type of person to go "all the way."

The pair had a troubled marriage and cops previously arrested Yang for domestic violence in January, according to local reports.

Yang has been charged with first-degree premeditated murder and tampering with physical evidence. He is being held without bond and has an arraignment scheduled in August.