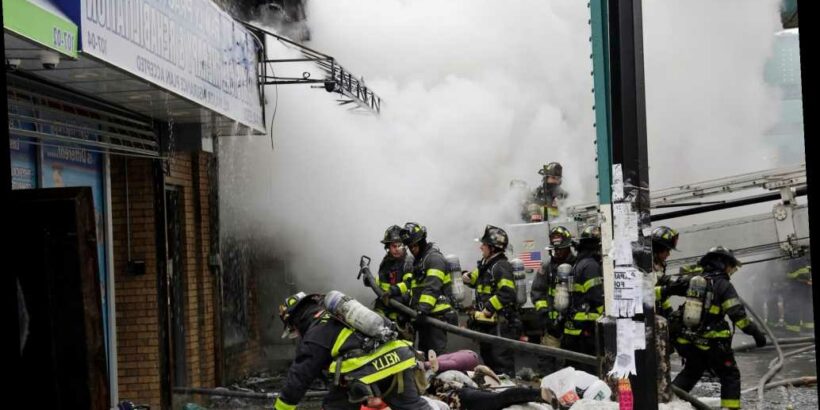 Almost 200 firefighters responded to a five-alarm fire that ripped through a dollar store in Queens early Sunday.

The blaze started just before 7:30 a.m. at the Jamaica Avenue location of the Dollar Jackpot in Richmond Hill, a one-story building, the FDNY said.

It was upgraded to a five-alarm fire about an hour later, with at least 44 units and 198 firefighters battling the still-active blaze early Sunday.

Despite the severity of the blaze, there were no injuries reported, the FDNY said.