Nearly 200 people are missing and at least 75 have been killed since Guatemala’s Fuego volcano began erupting over the weekend, officials said.

Terrified Guatemalans living near the Volcano of Fire fled with their children and few possessions when fresh flows of super-heated debris were announced on Tuesday.

Those living nearby were taking no chances after authorities gave them little time to evacuate before a deadly eruption over the weekend.

In the city of Escuintla, near the summit, panicked locals rushed to their cars to escape. 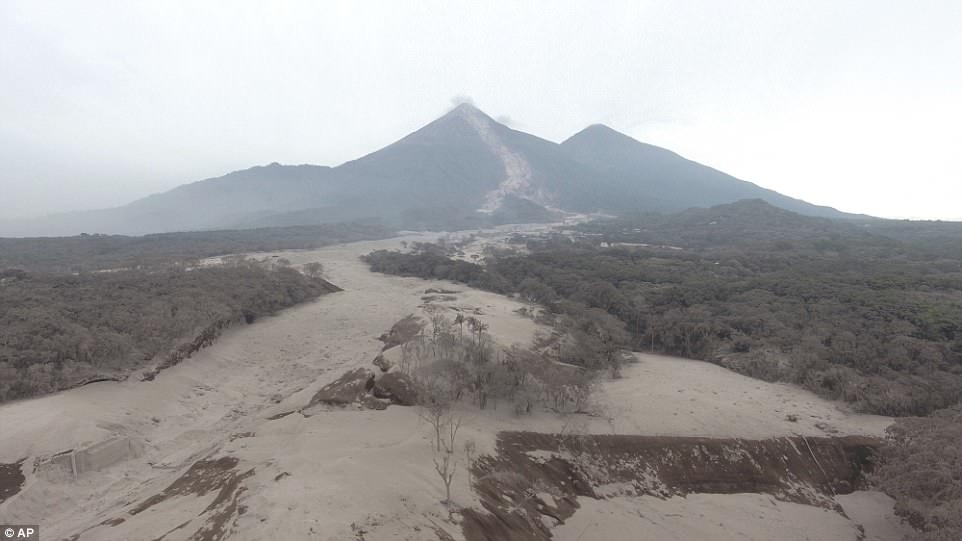 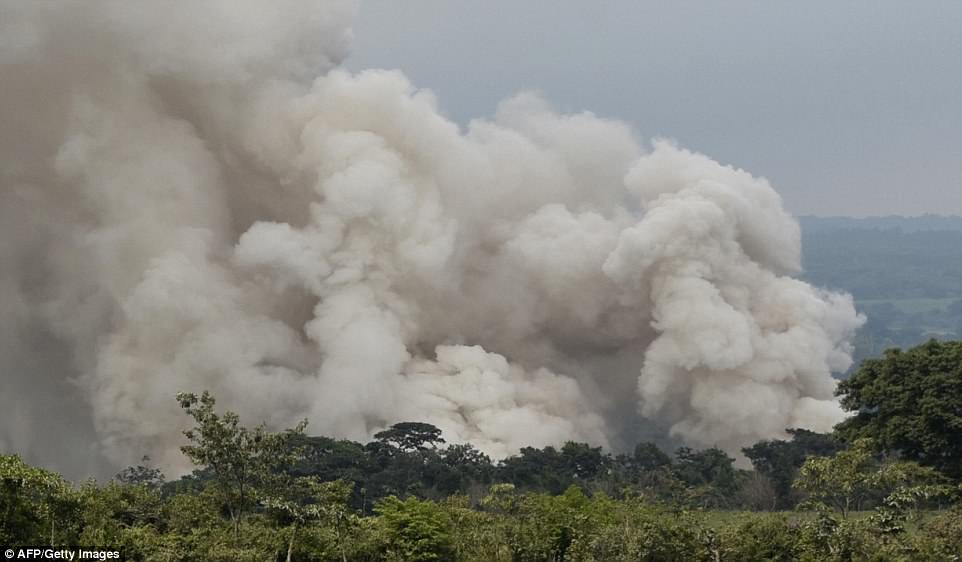 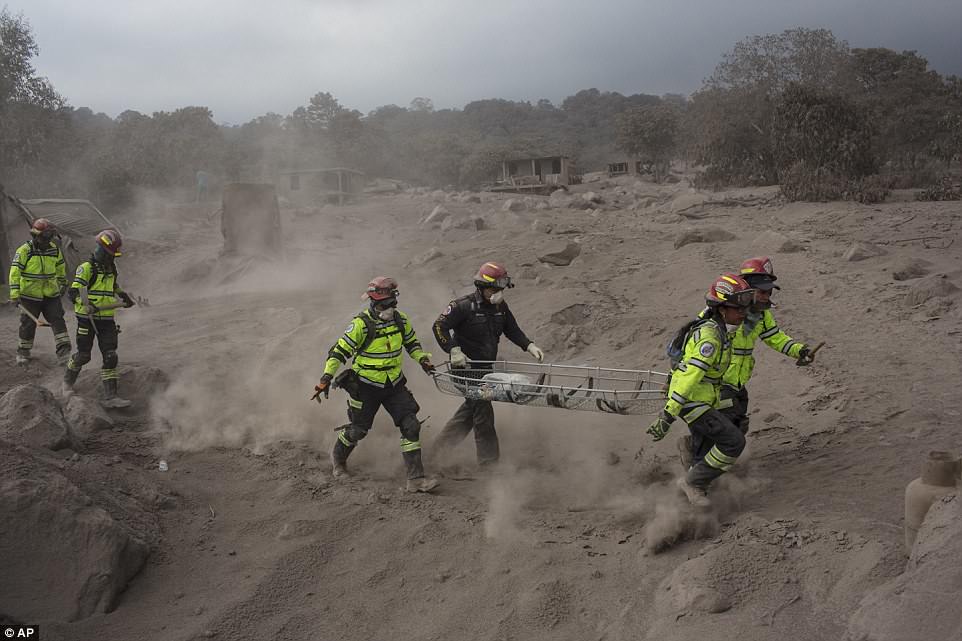 Rescue workers run for cover as the Volcano of Fire blows more clouds of ash in the El Rodeo hamlet of Escuintla, Guatemala

Traffic came to a standstill on choked roads and those without vehicles walked, even in central Escuintla, which was not under an evacuation order.

Businesses shut as owners fled, memories still fresh of Sunday’s blast, which left at least 75 people dead and 192 missing, and reduced a once verdant area to a moonscape of ash.

Mirna Priz wept as she sat on a rock at a crossroads, with a suitcase in front of her and her 11-year-old son, Allen, and their terrier mix Cara Sucia by her side.

‘You feel powerless,’ she said. ‘I don’t know where I’m going to go. To leave my things, everything I have.’

But after seeing what happened on Sunday, she was afraid to stay. By Tuesday, the images of Sunday’s destruction were familiar to everyone.