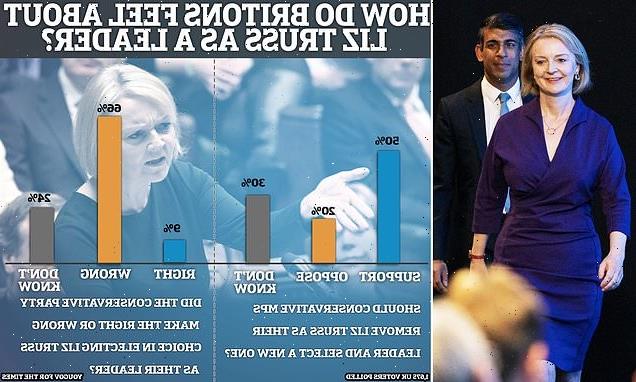 Almost half of Conservative supporters believe the party made the WRONG choice of leader in Liz Truss, while just nine per cent of Britons believe she was the right choice, according to a new poll

Almost half of Conservative supporters believe the party made the wrong choice of leader this summer, according to a shock new poll.

Tory supporters are apparently suffering a case of buyer’s remorse with Liz Truss, with 48 per cent believing the party had picked the wrong leader, YouGov data shows.

Only 28 per cent believe the party made the right choice, according to the survey, conducted for The Times.

Meanwhile, among the wider electorate, just 9 per cent think the Conservatives chose the right leader in Ms Truss.

Two-thirds (66 per cent) of the country say the party chose the wrong leader, according to the poll, of 1,675 voters.

It comes as mutinous Conservative MPs have given Ms Truss just 17 days to save her job – despite the under-fire PM only being elected as the party’s new leader last month.

Tory whips warned she could face a leadership challenge if Kwasi Kwarteng’s economic statement on October 31 fails to end the turbulence in the financial markets.

And late last night it was reported that Rishi Sunak and Penny Mordaunt were being lined up on a joint ticket to replace the Prime Minister. 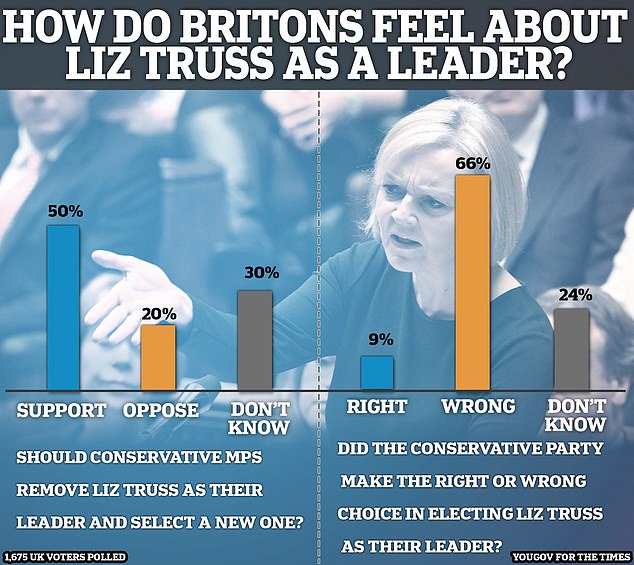 Tory supporters are apparently suffering a case of buyer’s remorse with Liz Truss, with 48 per cent believing the party had picked the wrong leader, YouGov data shows. Only 28 per cent believe the party made the right choice, according to the survey, conducted for The Times 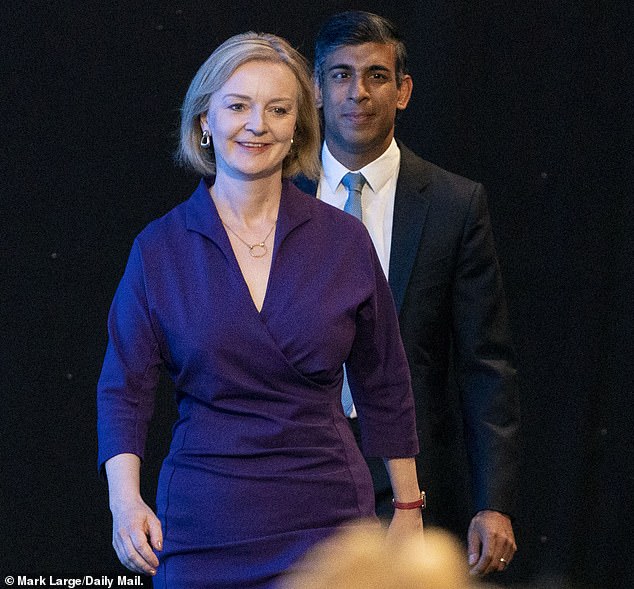 Almost half of Conservative supporters believe the party made the wrong choice of leader this summer, according to a shock new poll. Pictured: Liz Truss with Rishi Sunak during the Conservative leadership contest 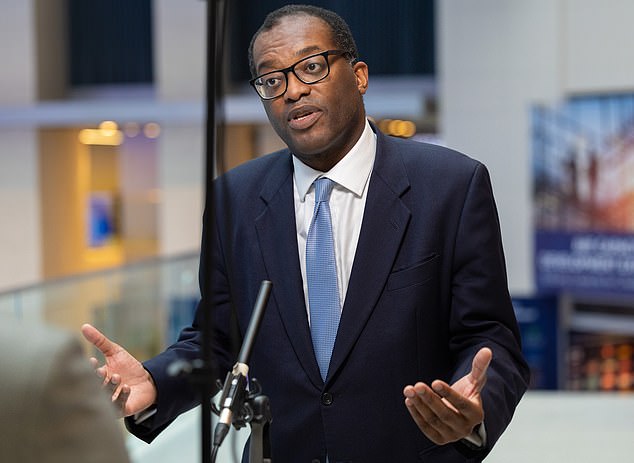 One particular area of concern among Tory MPs from YouGov’s latest poll will be the figures for 2019 Conservative voters.

Among those who voted for the Conservatives at the last election, under the leadership of Boris Johnson, 62 per cent said that party members had made the wrong choice, according to The Times.

Worryingly for the party, many said they would now vote Labour or another party other than the Conservatives at the next general election.

According to the latest polls, Labour hold a 28-point lead over the Tories, with Sir Keir Starmer’s party currently on 51 per cent compared to the Conservatives on 23 per cent.

Senior Tories are reportedly preparing Rishi Sunak and Penny Mordaunt, who both ran in summer’s leadership contest, to enter No 10 if the current Prime Minister falls.

The Prime Minister and her closest aides were last night weighing up whether to ditch parts of last month’s emergency mini-Budget, including her flagship pledge to scrap an £18billion hike in corporation tax.

Asked about the prospect of another humiliating U-turn, the Chancellor said yesterday: ‘Let’s see.’

It comes as panicked Tory MPs engaged in fevered discussions about whether to try to remove Miss Truss barely a month into her premiership – and who might replace her.

A former Cabinet minister said: ‘It is all about the statement on October 31 now – she has got days to turn things around, that’s all.

‘The worry is that she still appears to be in denial about how bad things are.’

A Downing Street source acknowledged that the waters threatening to engulf the PM are ‘choppy and might well get choppier’ but insisted: ‘There is a way through.’

It comes as party grandees are reportedly talking of replacing Miss Truss with a unity ticket of Mr Sunak and Miss Mordaunt – who were second and third in the leadership contest.

Some 20 to 30 senior MPs, including former ministers, are attempting to form a ‘council of elders’ to tell the PM to quit, The Times reported.

One MP said: ‘Rishi’s people, Penny’s people and the sensible Truss supporters who realise she’s a disaster need to sit down together and work out who the unity candidate is.

To avoid more ‘blue on blue’ attacks, one of the two would be selected and enter No 10 in a coronation-style affair.

But Foreign Secretary James Cleverly told the BBC that ‘changing the leadership would be a disastrously bad idea politically and economically’. 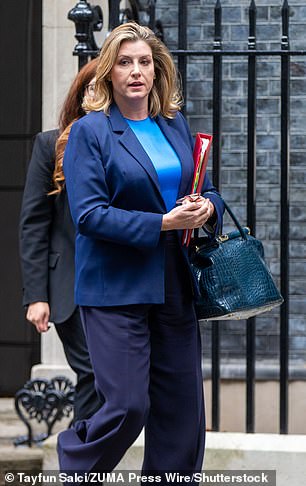 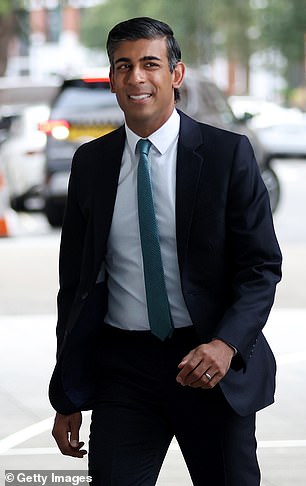 In a message on Twitter, Mrs Dorries urged warring MPs to unite behind the PM.

She claimed: ‘MPs circulating a smorgasbord of names about who should replace Truss as PM are not taking into account the fact they cannot foist upon the British public another prime minister that the public have not voted for. A totally untenable position.’

And former Tory chancellor Lord Lamont said it would be ‘farcical’ for Tory MPs to move against Miss Truss just weeks after she took office.

The Chancellor is due to fly back from Washington today and is expected to hold crisis talks with the PM and other senior ministers over the weekend about the future of the tax-cutting measures in the emergency mini-Budget.

Mr Kwarteng is set to unveil the Government’s ‘medium-term fiscal plan’ on October 31 where he is expected to set out plans for shoring up Britain’s battered public finances.

Three days later the Bank of England is due to announce a major hike in interest rates, bringing more pain for millions of homeowners.

Miss Truss has ruled out major cuts in public spending to help fill a black hole in the public finances estimated by some forecasters to top £60billion. 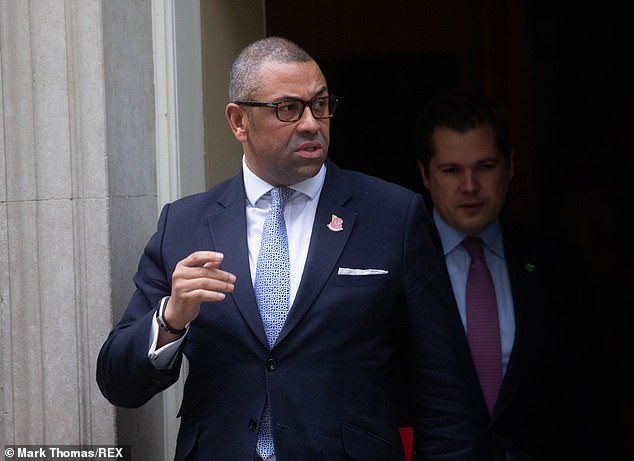 The Chancellor has already been forced to abandon his plan to scrap the 45p top tax rate following a backbench Tory revolt.

Westminster was awash with rumours yesterday that the PM is poised to drop the corporation tax pledge which was central to her leadership campaign.

But senior Tories are already looking at options for removing her if the situation deteriorates.

One said: ‘The rules can be changed at any time. If she loses the confidence of the parliamentary party and cannot regain it, then she will have to go. Of course it will look bad. But we have a duty to stop things descending into the kind of chaos that causes long-term damage.’

It comes as the PM’s approval ratings have plummeted by almost half to just 9 per cent in the three weeks since the mini-Budget.

The survey by People Polling, commissioned by GB News, suggested she’s on the same popularity level as Prince Andrew.