Pictured: ‘Always smiling’ great-grandmother, 93, who was run over and killed by police van on busy Christmas shopping street 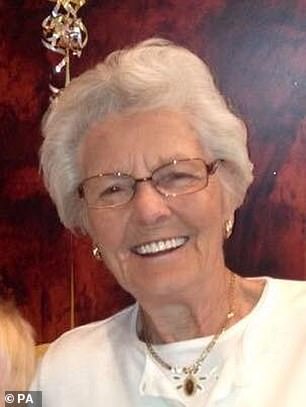 Winifred Greaves, 93, pictured, was injured in the collision with the police van in the darkness just after 5pm while shopping on Saturday in Cardiff and died the next day in hospital

A 93-year-old great-grandmother who died after she was hit by a police van on a busy Christmas shopping street was today described as ‘always having a smile on her face’.

Widow Winifred Greaves is being mourned by four children, 10 grandchildren and 17 great-grandchildren after being hit by the police vehicle.

Mrs Greaves was injured in the collision with the van in the darkness just after 5pm while shopping on Saturday and died the next day in hospital.

Her family in Cardiff today paid a touching tribute to retired waitress Winnie who was hit near her home in Whitchurch, Cardiff.

In a statement the family said: ‘Winnie was 93 years of age but retained the energy and vigour of a much younger person.

‘Winnie had lots of friends and always had a smile on her face. She had a great life and will be sadly missed.’ 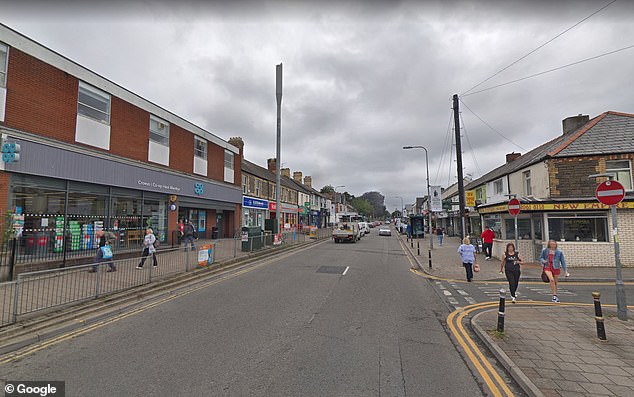 Mrs Greaves was hit by a police van on Saturday night on Merthyr Road in Whitchurch, Cardiff (pictured)

Mrs Greaves was walking in the popular shopping street Merthyr Road when she was injured.

Her death has been referred to The Independent Office for Police Conduct (IOPC) and Mrs Greaves’ family continue to be supported by specially-trained family liaison officers.

An IOPC spokeswoman said: ‘We have begun an investigation following a road traffic incident involving a South Wales Police van and a pedestrian. 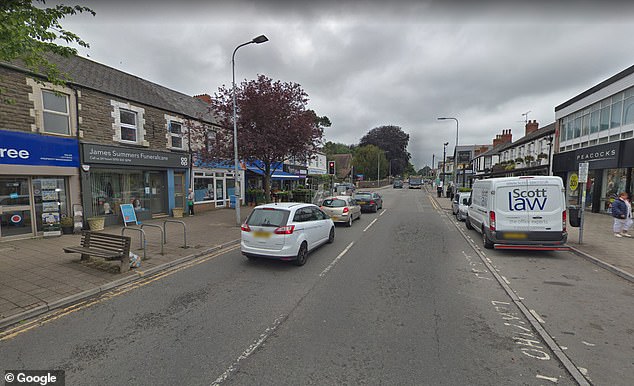 She was taken to hospital after the collision on 5.20pm on Saturday but died on Sunday at the University Hospital of Wales

‘The 93-year-old woman sustained injuries and was taken to hospital where she has sadly since died.

‘Our investigation follows a mandatory referral from South Wales Police and IOPC investigators attended the scene and the post-incident procedures.’

The road was closed for several hours as investigation work was carried out.

Local people in Whitchurch were ‘shocked and saddened’ by the tragedy.

David Brown, 42, said: ‘It is a terrible thing this time of year for any family. It is a busy road and apparently the lady was well-known in the area.

‘There have been a lot of Christmas shoppers and the road was closed for a long time. The police seemed to be very thorough in their investigation.’ 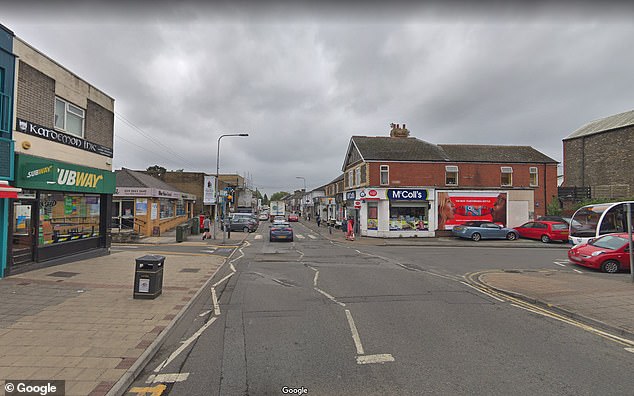