Wildlife experts at the National Geographic say it's the first time the saltwater reptile has ever been seen feasting on any kind of whale. 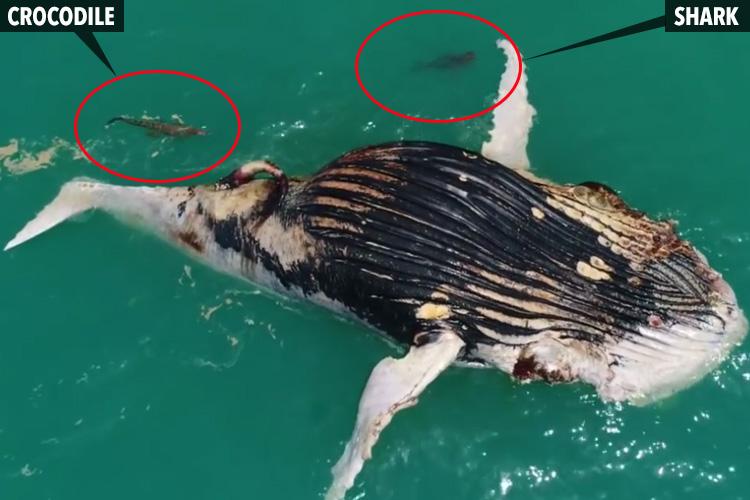 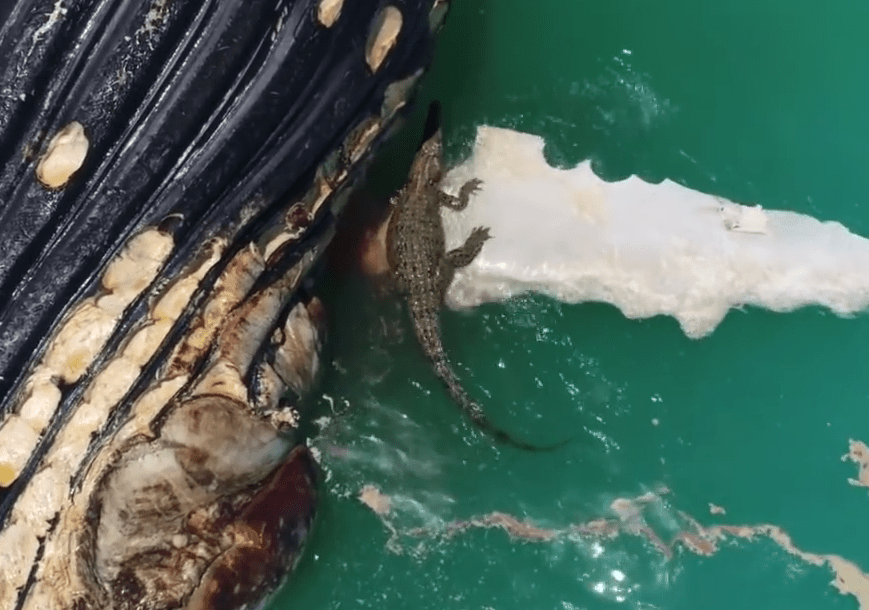 A drone captured the predators eating side-by-side on the 50-foot humpback, which was spotted floating near a sandbar off Montgomery Reef, Kimberley.

It is also believed to be the first time the two species have been filmed together sharing any kind of meal.

Dr Austin Gallagher, of the campaign group Beneath the Waves, said he's been studying sharks for more than a decade and has never seen anything quite like it. 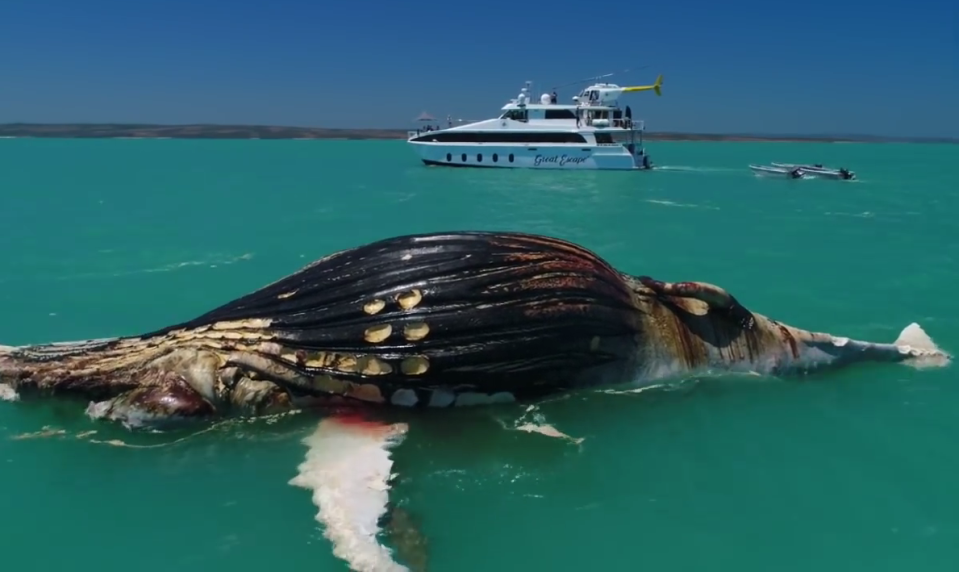 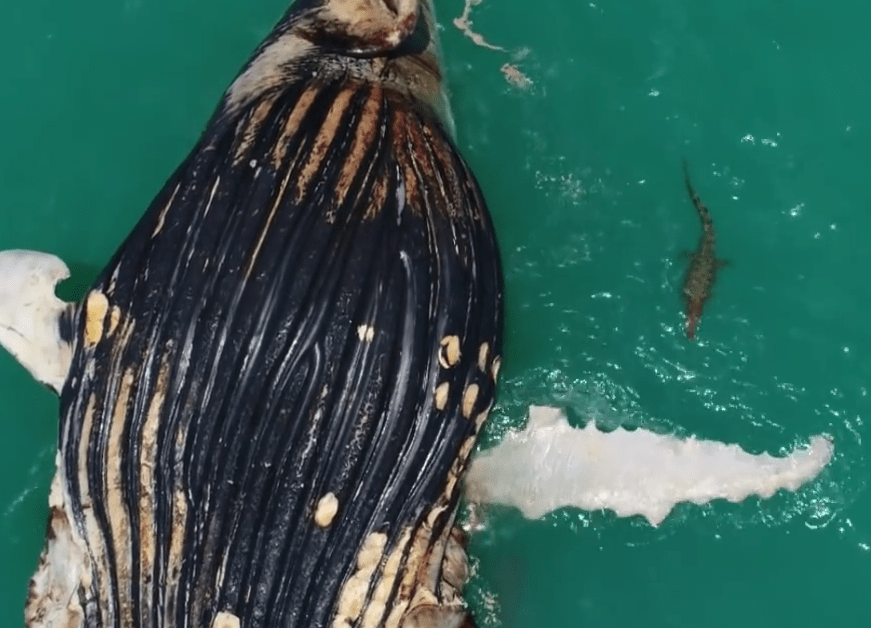 The shark expert spotted the video, posted by an Australian charter company, on Facebook back in September.

Since then he has been studying the scavenging of whales, which he claims is an "important part of their ecosystem."

He reached out to the charter company to get more details about the encounter and recruited two colleagues to help investigate.

The researchers then wrote about their observations in a paper, which was then published in the "Journal of Ethology."

"Sharks are a difficult group of organisms to study. They move around quite a bit, they're large, they're dangerous to work with and the concealing nature of the ocean environment makes studying them really challenging," Gallagher said.

"But sometimes these really unique instances occur – and we learn a lot of information in a short period of time."

A rotting whale carcass creates a huge pulse of odours and fumes that species like sharks can easily pick up on.

The predators have a "renowned" sense of smell, Gallagher says, and the dead creature can bring in animals from hundreds of miles away.

"Up to 40 great whites have been seen at once on one carcass," Gallagher revealed.